Blind Illusion is no longer a band of one person, but the four of us, says the group’s singer-guitarist, whose name has been synonymous with the formation he created in 1978, which mostly plays Progressive Thrash, in recent decades. We exchanged messages with Mark Biedermann mainly about the band’s new album, Wrath of the Gods, which will be released on the 7th of October, but of course we also talked about periods of long silences and some inevitable meetings.

The Sane Asylum: 1988, Demon Master: 2010, Wrath of the Gods: 2022. Why did such long periods pass between the releases of two Blind Illusion records?

Well, honestly lack of funds is the main reason. Even if you get some gear together to record you, still have to have some really top-notch recording mics etc. and tons of recording experience and more than just one room. We always have enough songs completed or in the works to put out several albums, we just have to record them!

What did you do during these periods? It is known that after 1992 you turned your back on the music industry for a long time…

There were a few different line ups in those lost years. I couldn’t find any musicians who were on fire with wanting to play Progressive Thrash Metal that could actually play it. The whole Bay Area music scene was more Funk and Grunge. With Jorge Eichner (bass), Dave Tweedie (drums), Brad Gates (lead vocals) and myself (guitar and b/u vocals) we carried on as Blind Illusion but were not at all Thrash. We recorded some really great music songs like Shock of Birth, In League with the Sun and more can be found, not real sure what years those were? A few years later Blind Illusion had yet another line up of musicians refusing to play anything from The Sane Asylum: Steve Markus on guitar, Evan Barnes on bass, Albert Simmons on drums and me on lead vocals and guitar. We recorded some Progressive Rock with a lot of jazz in it. Land of the Freaks and Psychedelic Survivor were recorded quite well and are out there somewhere. Later of course the return to Metal though not quite Thrash line up of Robert Nystrom on drums, Danny Harcourt on bass and myself on lead vocals/guitar brought forth Blind Illusion The Demon Master, a Stoner Metal album that has some great moments that resemble some of the real early Blind Illusion songs.

Among your current colleagues, you already worked together with Doug Piercy and Tom Gears on the EP (2018) released in 2019. How did you get along with them?

We are all very close as friends and bandmates!

And how did former Death Angel drummer Andy Galeon come into the picture?

After running into him at Lennon Rehearsal Studios one night I set my sights on having him join Blind Illusion and the rest is history.

What kind of method did you use to create the songs on the current album? Did you write them, or did the others also bring ideas, or did you create the final form of each composition together by jamming?

We are all bringing ideas to the table in order to fully collaborate on every song. Every song is a Biedermann/Piercy/Gears/Galeon composition.

In an interview not so long ago, you said: „Blind Illusion is no longer just my band, but also Doug’s, Tom’s and Andy’s. We all are the driving force.” What is the difference compared to previous lineups? Is that reassuring to you?

It’s fantastic knowing that each member is bringing their all to this band ensuring a positive, long-lasting outcome!

Am I well informed that you already went into the studio in the second half of 2020 to record the Wrath of the Gods album, and you wanted the album to be released that year? If so, you/we had to wait almost two years for that…

Well, worth the wait! Proper artwork for the cover as well as the development of the 2 videos as singles!

I think we can say that progressive thrash has remained as a musical direction. How „marketable” do you think this kind of music is today? How much can you arouse the audience’s interest with it?

I believe this music is timeless and more palatable for the masses than anything I have ever done.

What kind of future do you envision for yourselves? Where would you position today’s Blind Illusion in the field of heavy metal?

It would be great to tour with some really cool bands all over the world, bands like Sodom or Satan etc.

The last time you visited Europe was September 2019. Do you see a chance you can get to the continent again in the near future?

The title of one of the new album’s bonus track is No Rest ’til Budapest. What inspired this song?

First of all it rolls right off the tongue… Secondly the first tour of Germany and abroad was supposed to end in Budapest according to my memory anyways.

Can you mention one or two other songs from the album that are unique or special to you for some reason?

They are all very special and unique… Behemoth and Lucifer’s Awakening are to me epic compositions that define Progressive Thrash Metal with tons of changes. Protomolecule is yet another Progressive Metal Monster that has to be played at every show! 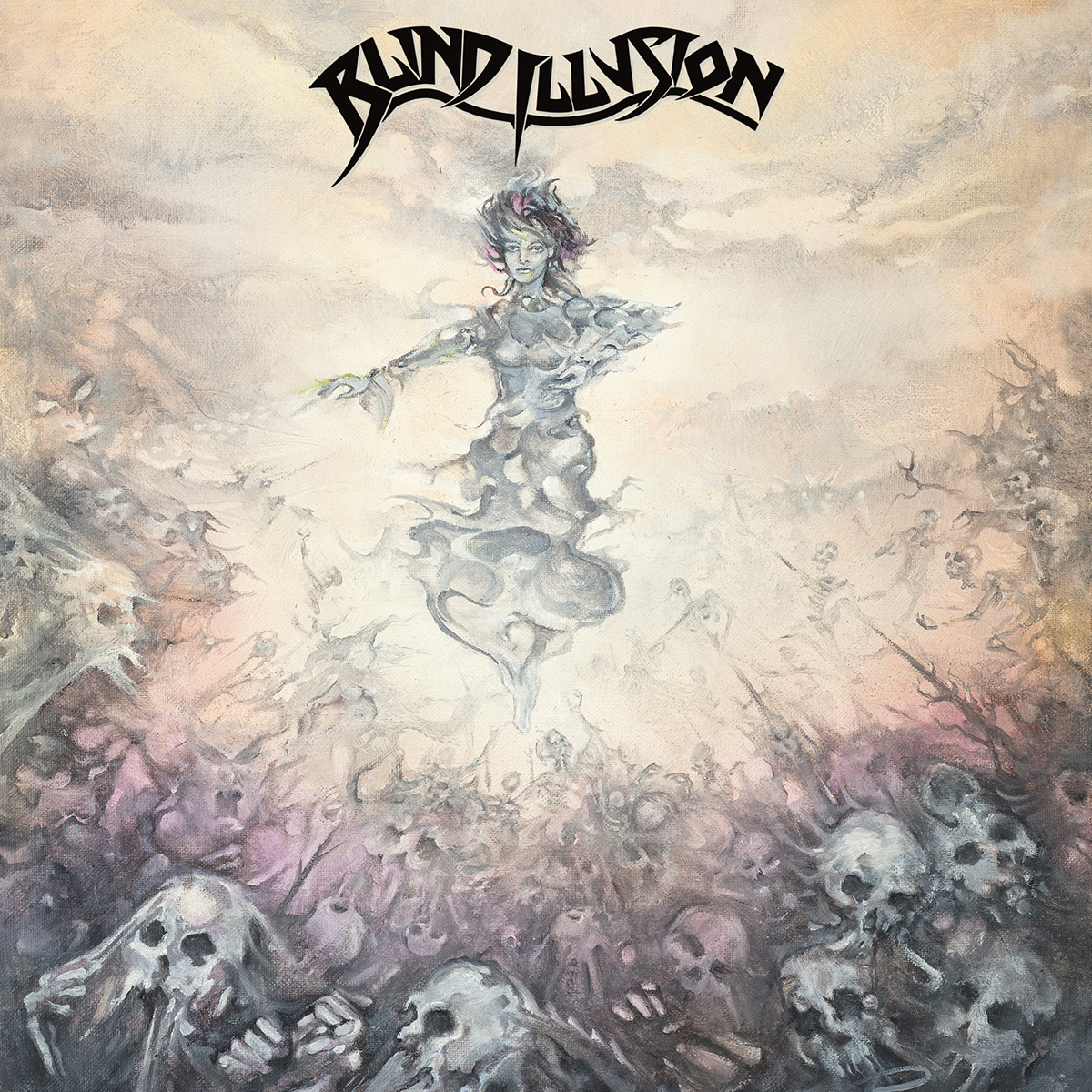 In the past, many of your songs were recorded only for demos. Do you count how many of them you have? Are you planning to release them on a high-quality, official material at some point in the near future?

All of the 1979 to 1986 demo recordings are available on Cult Metal Classics Records out of Greece! Blind Illusion Ultimate Anthology Vol 1 is out as we speak with Vol 2 coming real soon!

How is your relationship today with Kirk Hammett, with whom you were once classmates, and who also helped a lot in starting Blind Illusion? And with Les Claypool, who joined the band at least three times and left the same number of times? How often do you meet David White, who is one of your best friends, one of the first singers of Blind Illusion, and with whom you also played in Heathen in 1991?

Kirk and Les are way too busy to hunt me down though it would be nice to see them. I do however see Dave White but not nearly as often as I would like! It is so great to see him on tour on Facebook with Heathen I hope someday Blind Illusion and Heathen can do some touring together!

You have been doing Shaolin Kung Fu since you were a child. Do you still practice this branch of martial arts?

What else would you like to say or message to the Hungarian readers?

We can not wait to come to play for you all and feel free to message me on Facebook! No rest till Budapest! With love and respect stay Metal! Mark Biedermann, Blind Illusion 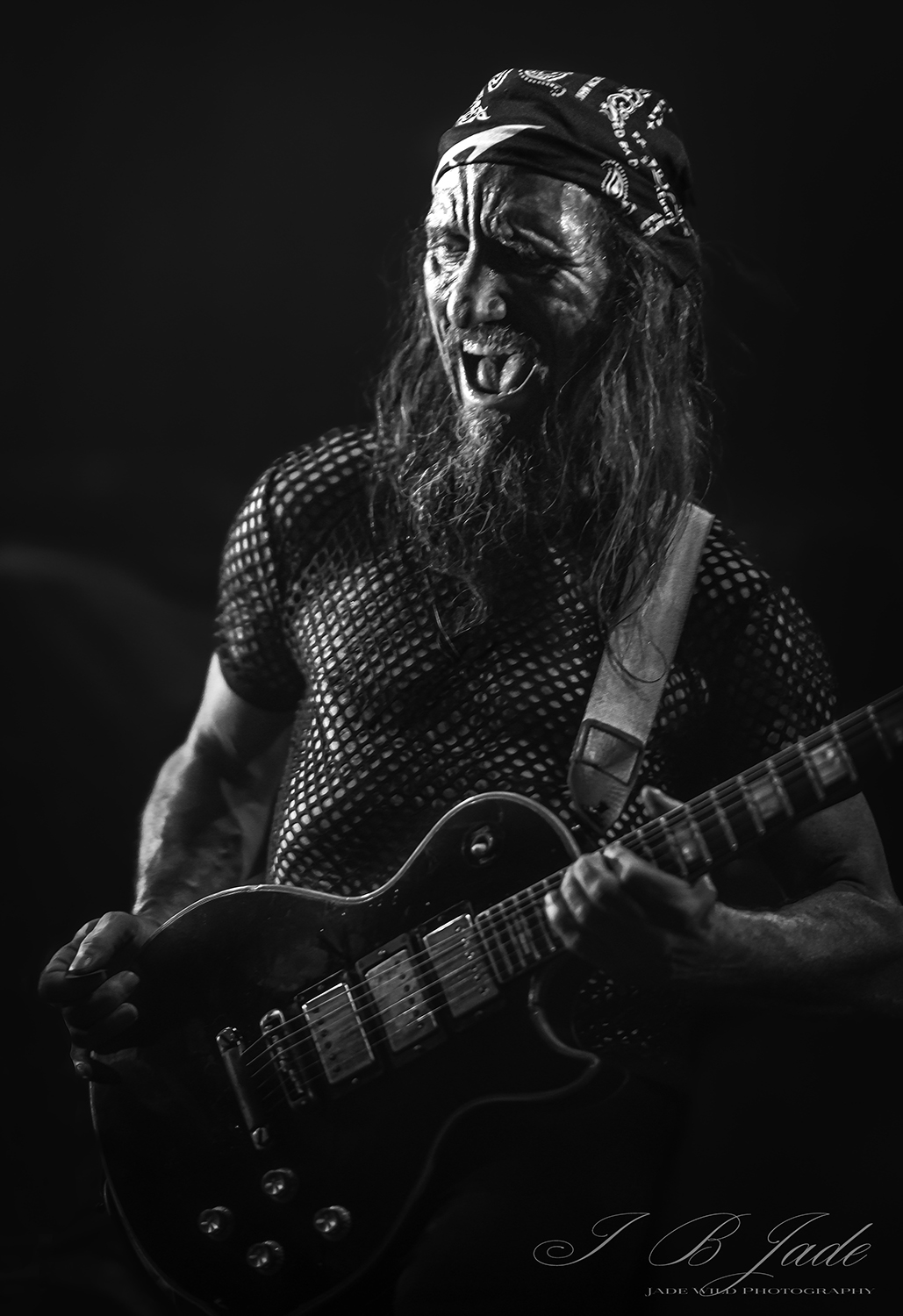