When the Death Metal scene emerged in Stockholm around 1987, it was a new musical world in the underground. Nihilist/Entombed, Carnage, Dismember etc. created something new that ended up becoming very influential later on. Around those times formed Grave as well, that in my opinion never got that recognition that they would have deserved. Their debut album Into the Grave saw the light 30 years ago and guitarist Jörgen Sandström told us about this classic masterpiece.

Jörgen, was Corpse the very first outfit that you have been involved in or did you already have any experiences as musicians prior to it? How did you get together? From what I know Ola Lindgren has played in Rising Power.

Well, Me, Ola, Jensa and Jörgen Olofsson that was Corpse started our first band Rising Power when we were 13 years old. We then changed the name a few times: Torture, Anguish and finally Corpse. We parted ways with Jörgen Olofsson when we changed name to Grave.

What made you to rename yourselves to Grave?

As I mentioned we parted ways with our bass player and we thougth it would be better to change name. And we thought Grave sounded like it would suit three Corpses… haha…

Were you deeply in the underground/tapetrading circuit? Were you familiar with all of those things that were going on in Stockholm around 1987?

We started to pick up the buzz around that time and met all those bands at gigs when we went to Stockholm to see Slayer, Nuclear Assault, Exodus etc. We started to trade tapes with them and got in touch with fanzines etc. We traded tapes with bands all over the world.

What can you tell us about the early Corpse/Grave demos? How can you sum up them?

Not long ago I did an interview with Into the Darkness podcast, available on YouTube if you like to watch it… Anyway, I did listen to the tapes prior to the interview and found out that Corpse was alot into Kreator, old Destruction and Sodom. First Grave was alot of Blood Feast, Sepultura influences. Second demo had alot of influences from Death and the third one was influenced by Bolt Thrower, Carcass and of course all the bands that formed us like I mentioned earlier. We were young and things were moving fast for us. Remember that between Corpse that was recorded maybe early 87 or so until the third demo that was recorded in early 89. All we did was drinking beer and rehearsed… 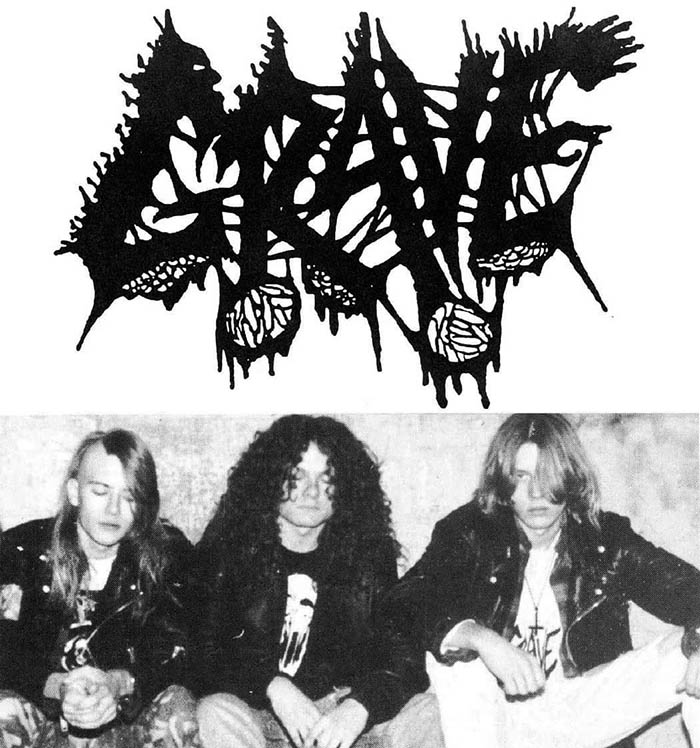 What about the Putrefaction project?

It was a side project that happened over a night when Ola, Jensa and our friend Eddie got drunk. They wrote these three songs in an evening. Then we recorded them maybe the day after or a week after, I cant remember really. We were young and creative.

Were Grave one of the most prolific names on the Swedish Death Metal demo scene in the late 80’s/early 90’s and Into the Grave firmly put you on the map internationally, too?

Sure, we hade a name in the scene. We all did I think. Sweden had a great Death Metal scene with bands like Nihilist, Entombed, Unleashed, Dismember, Tiamat, Crematory, Merciless, Leprosy and so on… So Sweden was already back then a well known scene around the world.

How did you get in touch with Century Media? Were they the first/only company to offer you a contract or were there perhaps other labels’ interests in the band as well?

No, there were a few other interests from other labels aswell. And we did release an EP on MBR and a split-LP on a UK label (forgot the name). And there was interest from an american label about a 7” release and so on but CM called us and offered us studio time and loads of beer so we just couldn’t say no to that…

When did you start working on the debut album?

Oh.. I think the first record was a working progress from the first demo until the album came out. I mean, there are songs from all three demos on it and then songs that we wrote after the demos. The actual recording was in summer of ´91 I think.

Were you prepared to record the album when you entered the Sunlight studio? How did the recording sessions go?

Of course. We only had 10 days to record and mix the album so we were well rehearsed and prepared. 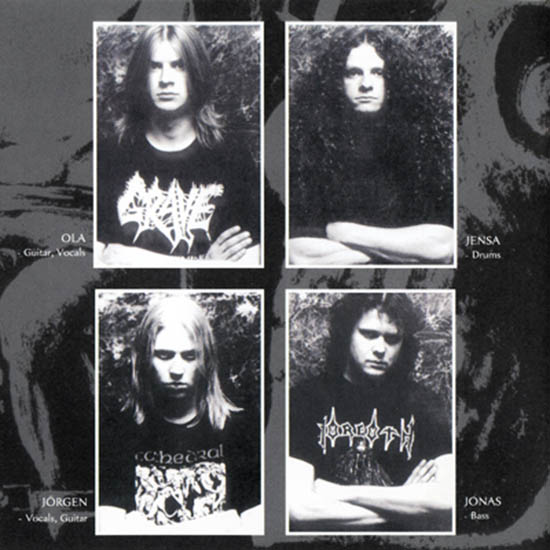 Did you get a decent budget to cut the material?

Were you only getting better and you evolved into a more raw sound from Sexual Mutilation and Anatomia Corporis Humani?

Sure, as it is with bands I guess. I do think that those years when we did nothing else but rehearse and drink beer, formed the band and then when we got offered an album deal we were ready for it. After our first album, we didnt rehearse that much anymore cause we were out touring all the time and learned how to progress as a live band.

How do you see, that while this album has a lot in common with the rest of the early Swedish scene, it’s easy to see how your relative geographic isolation shaped you into something very much your own?

Well, maybe mostly because we didn’t have those other bands to hang out with and change ideas etc. We didn’t play much live and didn’t have any local gigs to go to. So maybe the very early years in the rehearsal room is what made us different from the others. I think that it could be said about lot of the bands that are not from the Stockholm area. I don’t know… It could also be the fact that we were just not as good as playing our instruments as the others were, haha…

Was the band able to forge an identity?

I think so. I think you can hear it is Grave when you put it on. Maybe not for the untrained ear but for some people.

Did the album show a more mature songwriting?

The opposite I think. When I listen to the first Grave demo I am surprised that we could write such songs. Later on I think we got lazy and just stuck to the basics, haha… Maybe that is what makes it mature songwriting. 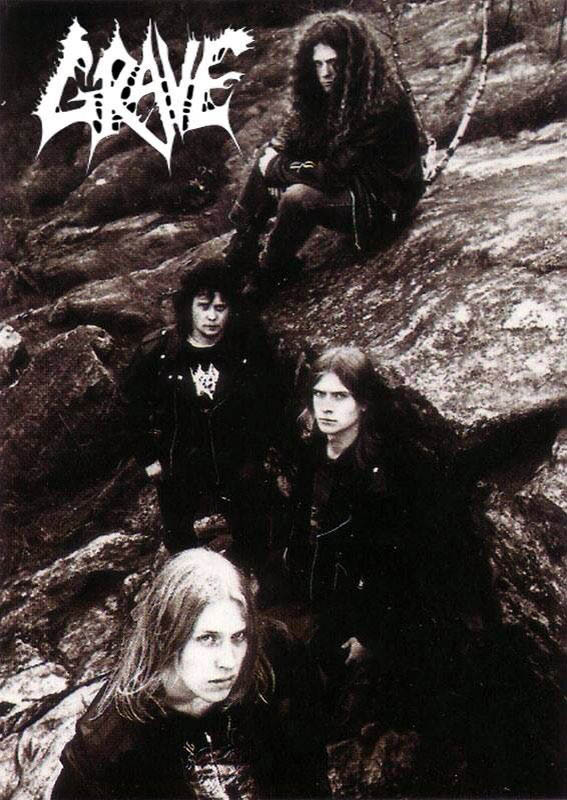 Are the grooves and the rhythms what make this album so good to listen to?

It is really up to other to judge. But Jensa is one helluva drummer and he got the groove for sure.

Is the most appealing aspect of this album its underlying simplicity and accessibility?

No. I think it is the in your face brutality that it displays.

Did the few scant keyboard sections add a little otherworldly flavor to the songs?

It was something we always had in our songs. We kinda wanted the horror movie feel to some parts. We failed on that but it did sound pretty cool, haha…

Several demo tracks were made up on the album. Were they re-recorded or did you use the original versions?

They were all re-recorded for the album.

Did the songs have darker vibe than most of that scene?

Not really. There were definitely darker bands than Grave: Samael, Unleashed, Tiamat, Deicide for example. 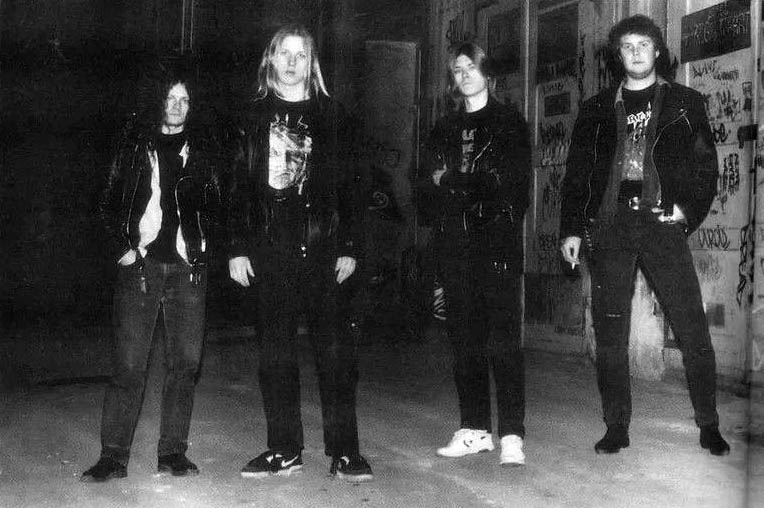 The band never forgot to focus on the entire song, the different parts are well connected with each other. How do you explain this?

I guess that it comes with experience of writing songs and trying to find the song structure and mood for each and every song. We would of course work on different parts and tempos when we wrote the songs at rehearsals.

Is Into the Grave definitely a strong part of the old school Swedish (international) Death Metal history?

What were the shows/tours in support of the album?

First we toured as support to Malevolent Creation in Europe. They also had their first album out, The Ten Commandments. Legendary band and album! Then we were support to Massacre for two months in the USA. Then a European tour with Massacre and Demolition Hammer.

In your opinion, did Grave always stand in the shadow of their national competitors?

It was never a competition between us. We all had fun and did what we loved to do.

Jörgen, thank you for answers! What are your closing words?

Thank you for bringing back some memories of this 30 year old record! Into the darkness… into the grave!