When Swedish bands made a revolution with their downtuned sound back in the mid 80’s, that was definitely a great effect on the whole underground scene. Shortly after the emergence of Morbid, Nihilist, Carnage etc. a lot of bands discovered this new metal approach. In Finnland left this wave its mark on the scene as well, Sentenced, Abhorrence, Xysma etc. is where everything started in the land of the thousand lakes. In this interview singer Mika Hankaniemi speaks about Putrid what renamed themselves God Forsaken later on.

Mika, when looking back on the blossoming death metal scene of the late 80’s/early 90’s and indeed its global impact, the regional distinctions are rather clear (Florida, New York, England, The Netherlands, Sweden). Did the territorial essence of the genre spawn a rich and diverse metallic underworld?

What would you cite as the roots of Finnish death metal? How did it start to unfold?

In our case we just bought the albums from these brutal bands like Death and Autopsy and we were truly blown away! And right after that we wanted to do the same sort of music.

The Finnish death metal scene has been revered for years as one of the best around in the early 90’s, and a fair amount of bands since then have incorporated its signature sound into their own. Do you agree with it?

You didn’t produce the same amount stuff that Sweden and Florida, for example, produced, but quality took over quantity, correct?

Yeah, you could say that. 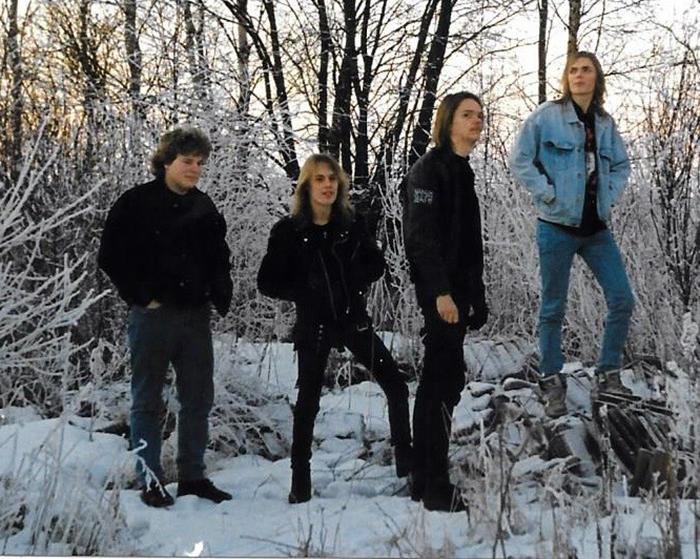 Do you think that Finland perhaps suffered more from a distinct lack of promoters and venues?

Sure, cause this is a small country. During that time we played mostly at these community centers. But there were also some club and bar gigs as well.

Yeah, it was very important media for us and all the underground metal bands at that time.

Was the ingenuity and ambition of the Finnish death metal movement simply an early example of the metal underground’s freewheeling spirit?

At which point and how was Putrid formed? Did the line up consist of Hannu Kujanen on guitars/vocals, you on vocals, Juha Pohto on drums and Juha Köykkä on bass right from the start?

We formed Putrid in 1990 with Olli Kajander on guitar but we parted ways with him. The things got really started with Hannu who joined the band in the late 1990 cause he was and still is our main songwriter. By the way, Kajander was GF’s second guitarist for a while in 1992.

Was Putrid the very first outfit that all of you were involved in or did you have any experiences as musicians prior to it?

No. We got a few speed/thrash outfits before this. But Putrid was mine and both Juha’s first serious band. And Hannu was busy with Cryptic before joining our group.

Were you aware of the existence of the Akaa (Pirkanmaa) based band with the same name, that were active around this time as well?

We didn’t know about that and it really doesn’t matter at least anymore. 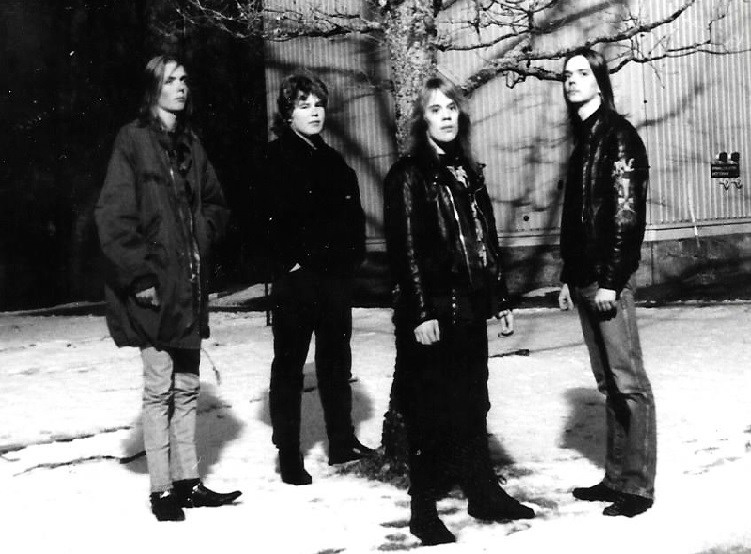 What can you tell us about your rehearsals?

We got pretty intensive rehearsals two times a week in Jurva but nowadays we gather like once in a month in Ylistaro cause we all got families and work duties.

Did you aspire to write originals or were you mostly jamming on covers?

We were always aiming to write own material but we played a couple of covers, too like Death’s Zombie Ritual was cool to play at gigs.

Two rehearsals and a demo was recorded. Please, tell us everything about them in terms of recording, songs, performance, sound etc.!

Well, we just kept on writing new material and played gigs around Finland. All of our recordings are made at the same studio called Soundwall in Seinäjoki. Hannu has always got this unique guitar sound so every time it was easy to work at studio.

Did you play some really nasty, raw death metal in the early 90’s Finnish tradition?

I guess we did. Perhaps it’s your duty to judge that.

Would you say that these materials fell much more into the death metal category then your following ones under the name God Forsaken, but there are still some traces of what would become your full-blown death/doom sound?

Was Putrid a mixture of Hellhammer/Celtic Frost and Autopsy or were you completely impressed by Carcass and you tried to involve your gory bizarre concept into your basically traditional death metal music?

We were and still are impressed by all those bands that you mentioned. Gotta mention Black Sabbath and Trouble, too.

Do you mind that in the early 90’s the Finnish style of death was just about to form, but Putrid somehow sounded different from the rest of your local coetaneouses?

Maybe so. I dunno. We just did our own thing.

Were all of the materials spread around in the underground scene? Did all of you entrench yourselves in the tapetrading/fanzine network, by the way?

Yes, we did. Tapetrading and underground mags were really important way to spread our material.

Did you manage to make a name for the band with these recordings?

Guess we did cause for example Into It Records just re-released the Exhumation demo cassette with new cover art and it’s selling pretty well what I heard.

Was the underground truly beginning to morph into its golden age of creativity at this point?

The God Forsaken EP was released in 1992 by After World Records. How did they enter the picture exactly? Did you sign the contract with them only for this release?

Jason Wineland the label owner just wanted to released it so we did the recordings on one weekend. The fact is that the bands name changed to God Forsaken already in 1991.

Napalm Records was interested at some point but it was a small label at that time. And we were already in talks with Adipocere.

Why did you change the band’s moniker into God Forsaken?

The lyrics were not about gore anymore and the musical direction was getting more doomy aspects so we think that it would be reasonable to change the bands name to God Forsaken.

Does it mean that it was a conscious decision from your part, because your musical horizon started to broaden and you discovered new musical territories?

How would you sum up the career of God Forsaken?

We did two pretty decent albums and toured a couple of times in Europe. First run was a blast with Anathema and Pyogenesis. Second tour was with our good Dresden friends Gorilla Monsoon. Could be worse, man!

Mika, thank you for your answers! What are your closing words for our readers?

Thanx man for this chat! Feels damn great to be finally back and especially with these guys, the original recording line-up! And sure it’s cool to growl again! We already wrote a couple of new doomy songs so we might do some recordings this year. Plus we’re aiming to play a few gigs if the Gods of this bloody virus allows. Keep your heads up and follow us on Facebook, Instagram and YouTube!