Master. One of the earliest bands that were pioneering Death Metal, without getting the recognition, that they would have deserved. Originally, their debut was intended to release in 1985 by Combat Records, but due to several reasons it was shelved. Five years later the band finally managed releasing their official debut and reasons were enough to ask Paul Speckmann about it.

Along with Bill Schmidt you left War Cry due to musical differences. What made you to turn into a more brutal, heavier direction?

Actually, Schmidt was fired from War Cry after playing one gig together. We practiced quite some time to get ready for that first gig with him. In the end there was a discussion as to who fucked up the end of the song Black Sabbath from Black Sabbath on stage which led to a live disagreement as to who fucked up the song and Schmidt threw a stick at the guitarist Marty. He was basically let go, I continued playing with the band for several months longer. After playing the Venom 7-inch record that Marty gave me, I decided to leave the band also and start playing heavier music. Bill and I joined forces in this endeavor and the rest is history. Unfortunately for Schmidt, drugs would get the best of him and he can be found in the park where he now lives, talking to himself or to anyone who will listen.

Venom and Black Sabbath started it all for me, and also the Punk scene, Discharge, GBH and Minor Threat etc.

You were part of that new metal approach that took place during the early/mid-eighties with the tape trading circuit, the whole underground thing, that was a brand-new world. What did cause this new metal movement at that time?

This started a revolution in underground music. You now had a chance via-cassette to hear all the unknown future great bands in their stages of infancy. Of course, many bands never had any success, but many at least tried to create new sounds! I remember receiving a cassette with Possessed, a Death rehearsal track and a Master song, the first three in a row on it! Ah, the good old days! Honestly it was a slow process with the post and today is much faster via the internet, but today there aren’t many new sounds happened, only the old re-hashed riffs we all created back in the day! 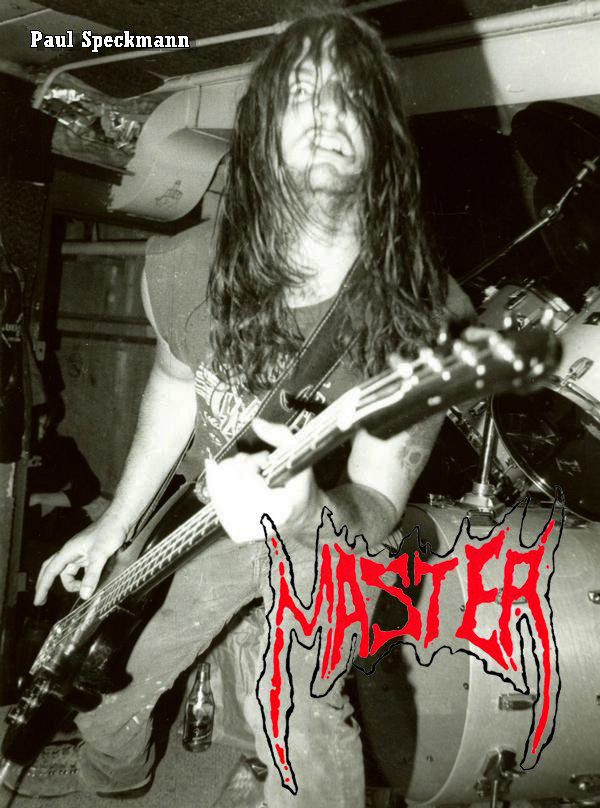 How did you end up auditioning 26 guitarists? Does it mean, that it was hard to find the engaged, enthusiastic musician, that you were looking for?

We couldn’t find someone with the right look and attitude.

Is it correct that one of the guitarists was Scott Natas, who later formed his own band Natas/Not Us?

No, Scott only got as far as taking pictures with us, but was in Deathstrike for a short time until he broke his leg.

When the lineup became complete? How long did it take you to come up with any materials? Was it a band effort?

Schmidt had a few songs and I also had a few complete tracks and Mittelbrun had 1 song and the rest Mittelbrun and I wrote together for Deathstrike. So, we simply put them all together! So, I guess you could say it was a group effort in the end!

Would you say that around those times the Chicago scene started getting bigger with newer acts, such as Natas, Terminal Death, Sindrome, Maelstrom, Devastation etc.? What were your views on them?

Actually yes, these bands were beginning, but for example Sindrome, was not happening yet, as the guitarist Chris Mittelbrun was still in Master, this was later. 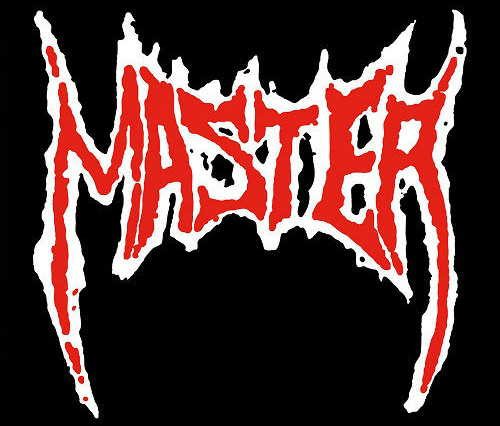 If the album would have been released, could have been it regarded as a contemporary release of Seven Churches, Hell Awaits, To Mega Therion etc.?

I suppose this may have happened but hindsight is 20/20, you cannot go back, and I wouldn’t want to relive that shitty time regardless. Getting away for all the idiots in Chicago was the best thing that ever-happened to me!

By the way, were you ahead of your time? Were you in touch with Possessed and with Mantas/Death?

Honestly no, but I was lucky to see a show of Possessed and Dark Angel back in the day, but that was about it!

Have you gigged a lot around those early time? Did you realize that there is a great buzz around the band?

Only 1 gig was ever played together at that time with the original lineup. Tapes were the only reason people learned about this band!

Didn’t you think about writing brand new songs or was it clear for you using the old ones considering the debut album (1990)?

The drummer and I rehearsed for 3 times for the debut album we recorded in 1989. Mittelbrun was too busy to rehearse so just came to the studio and laid down his tracks.

Did you have any materials written, that didn’t make up on the record, by the way?

Sure, I always had more songs, but no time to get them ready with the fellas, this was a 1-time thing and after the recording we split up again!

How did the recording sessions go as a whole?

I explained it, it was all done in a few days under much tention and the band split up right afterward!

How do you view that overall, the music is simple, direct, and features almost no palm-muting, giving the album a raw atmosphere similar to Punk Rock?

Punk Rock is where it all began for Master. Of course the music progressed, but I have always felt and still feel less is more. This genre was never meant to be technical in my opinion, but so be it. Many of the technical bands had great success!

When the debut finally saw the light in 1990, did it still sound relevant and was trendsetting?

This is a question for the 25,000 people that purchased the release.

How do you explain that when these songs were written earlier, Death Metal as a genre didn’t even exist yet and Master can therefore be considered one of the pioneers?

There weren’t so many of these so-called silly categories, we all just played metal, nothing more, nothing less!

Does this album just have an unexplainable unique atmosphere?

No idea, seems the people think so as the first albums have been re-issued every few years in the last 25 years.

This is a huge standout in the early Death Metal scene and deserves to be mentioned alongside classics like Altars of Madness, Slowly We Rot, and Spiritual Healing, at the same time massively underrated. What are your views about it?

Master is an underground band, the bands you speak about have a more commercial appeal!

Lyrics-wise, did you make clear your hatred and disgust for the society of America?

Sure, have you read them?

What were the shows/tours in support of the record and how did they go?

The only tour at the time was in 1990 with Abomination, Pungent Stench and the headliner Master in Europe!

A lot of bands learnt a lot from Master/Death Strike, would you say that you managed building up a cult status?

Are you still in touch these days with Bill Schmidt, Chris Mittlebrun, Kirk Miller or John Leprich? How would you characterize them personally?

Thank you for your answers! Anything else you’d like to express?

Sure, support the underground! https://www.speckmetal.net/merch/