In 2004 a new extreme metal „supergroup” was formed called Insidious Disease. The line up consisted of very well known artists, such as Silenoz, Tony Laureano and Shane Embury, but the most surprising thing is, that their singer became former Morgoth vocalist Marc Grewe. It was his return to the field of the extreme metal. In this interview Marc shared us his views about the past and the present.

Marc, how did the Gore and Agony all over Europe tour (Obituary, Morgoth, Demolition Hammer) as a whole back in the day? What kind of memories do you have from this particular tour?

That was a great tour I have only good memories about it. It was the first time for all of the bands doing a whole European tour, so the bondage between all the members of the band were great, and this friendship is still valid, if we see each other once in a while in festivals and so on… Budapest was great… It was the only open air gig on that tour and of course that was something special…also the fans were really wild!!

Was it your first touring experience by the way?

First real tour was the tour with Pestilence and Autopsy in January 1990. That was just in Germany, Austria, Holland and Switzerland, though…so not a whole tour throughout Europe.

What do you recall of the Budapest gig?

As I said before, it was special, because it was outdoors, also it was insane after the show…lots of partying…I remember that Vinny Daze (drummer for Demolition Hammer) ran around naked with a bottle of red wine…going nuts that night, for sure!

Do you think, that Cursed is one of the influential classics of the Death Metal genre? Did you manage to leave the band’s mark on the scene?

Well, I guess it´s somehow influential…even if Morgoth never were a super-huge band, I think especially this album is somehow special, because it has a certain atmosphere, which makes it special…the whole concept, also with the cover artwork etc. was not very common for a DM band.

In your opinion, did the Death Metal scene become oversaturated very soon?

It kind of was oversaturated in the mid-nineties…there were just too many average DM bands coming up…every label signed too many of those bands and the fans probably got overfeeded by this. Some of the bands got more attracted by the new Black Metal bands coming from Norway, which was the new underground by then.

How did you view all of the changes within the metal scene, that happened during the 90’s? I mean grunge, nu metal, the return of the traditional heavy metal etc.

Well, everything got more divided…but on the other hand it brought also good bands…not everything about this stuff was bad… Rock in general was all of a sudden on TV and so on, it wasn´t underground anymore. But of course the DM scene was suffering in these times.

How about the Feel Sorry for the Fanatic these days?

I still think this album was the right thing to do at that time…maybe we should have released it under a different name. Still think the songs are good, but unfortunately the production of that record isn´t our best…

Tell us please about your musical activities considering the late 90’s/early 00’s! What did you do after the Morgoth/Power Of Expression period?

I played in a couple of projects when I moved to Berlin in 1998… There were more projects, that were just for fun…not really professional.We played a couple of gigs in bars and clubs in Berlin but no touring. One band was called Action Jackson (which was more Street Metal like a bit Motörhead), the other one was Suicide By Cop (more thrash, I guess).

At which point and how did Insidious Disease get together?

The band was formed already in 2004 by Silenoz and Tony Laureano, when he still was in DB and him and Silenoz just jammed around inbetween DB tours, when Tony wasn´t flying home to Florida…so they wrote the Shadowcast album over a 4 year period. 2009 I joined as a vocalist…at that time the album and also the lyrics were already written.

Do you agree with, that like Bloodbath and Lock Up, Insidious Disease is another all-star side project?

Well, I personally do not like the term „all star project”…over the years we grew together as a band, not just a project. It’s always important to have the personal connection, instead of just come together in the studio…so I go to Norway twice a year for a week or two, to work on the songs we shared online before…

What made you to return to the extreme scene and doing Death Metal again?

Well, I always felt I was a part of it, even when I wasn´t recording albums…always stayed in contact with the scene, but of course when you get the offer to play with people like we have in the band, you don´t turn down such an offer.

Is Shadowcast a strong effort? Are you satisfied with that record?

Yes, still happy with the album.

Were there any gigs or tours in support of the album?

We played on festivals, but never did a whole tour unfortunately.

This year the second album will be released, titled After Death. Why did pass ten years between the two releases?

We had the first songs written for After Death in 2012, but of course there is always the other bands of the members that pay their bills, so of course when DB or ND have new albums out, there is excessive touring obligations…so that´s one point, although we had the album finished in 2018…it took some time to get everything sorted with our new label…so another 2 years went by hehehe…

When did you start working on the new material by the way?

How were the new songs penned? How do you divide the work among each other?

Silenoz is writing most of the music, of course there are riffs coming here and there from Shane, but it´s mostly him, writing the songs…I add the most vocal lines and we work on the lyrics at home and when I come over to Norway.

Did you send your ideas/riffs etc. via mp3-s or did you often jam in a rehearsal room?

Yes, we do that of course and I go to Norway to rehearse twice a year to work out those ideas. 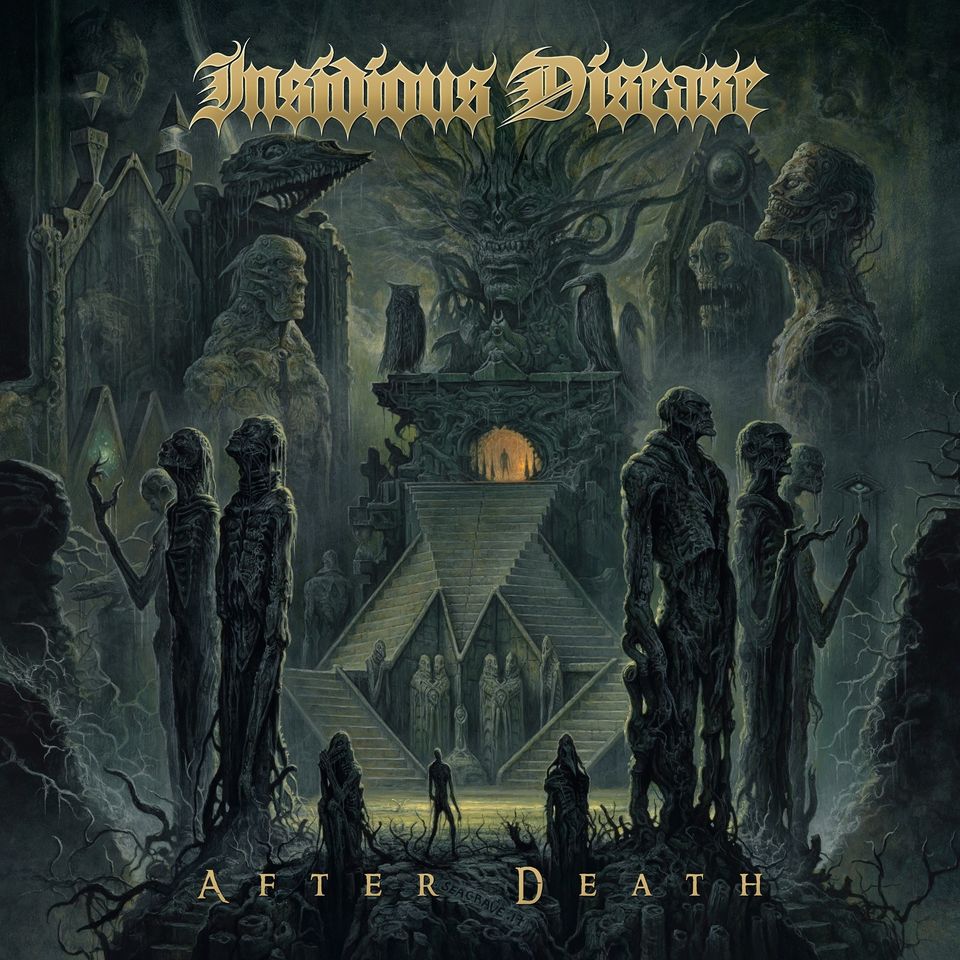 You were signed by Nuclear Blast, the label is your new home. Why did you leave Century Media?

Well, CM didn´t draw the option to do a second album, so we had to look for someone else to release our new album.

It took a while until all the papers were signed and the lawyers sent those contract stuff back and forth, which took almost a year to the final agreement…but as its now we are happy that we signed with NB, as they really take good care of us, and it´s absolutely great at the moment.

Regarding the line up instead of Jardar was Terje „Cyrus” Andersen recruited. What happened? Was Cyrus your first choice or did you audition other guitarists as well?

Jardar couldn´t stand to perform in front of people anymore…he just felt uncomfortable on stage. He lives an eremitic life in the Norwegian woods now…he just can´t stand to be around to many people. Cyrus recorded our first album, so he knew us already, and it´s great to have him in the band as he is very experienced in all kind of things and a really friendly and nice guy to be around with.

„It’s not supposed to be re-inventing the wheel or anything, it’s just about finding a good groove that we feel comfortable with,” explained Silenoz. What did he refer to?

Well, we just do, what we do best, but we don´t think we need to find any thing…we just do great, proper Death Metal…that´s it…

Where do you find the differences and the similarities compared to Shadowcast?

The new album is more mid-tempo. This refers probably to my vocal style, as I feel more comfortable in this tempo, and can deliver the goods better this way. I like blastbeats as a spice, but if it’s too much blasting, it sometimes confuses me… I am old, you know hahaha!

Betrayer and Enforcers of the Plague were published in advance. Do these tracks completely characterize the new material?

Yes, I guess, but of course the whole album is meant to be listened to from front to end.

You are involving in Despair as well, do you have enough time to reconcile Despair with Insidious Disease?

We´ll see…I recorded 10 songs with Despair, but it´s up to Waldemar to release them…so we´ll see what happens.

What about your future plans?

I really hope it doesn’t take 10 years until the next ID album…we have 7 songs written (without lyrics, and mostly unfinished yet)…but I hope we’ll be able to record in a year or so…

Marc, thank you for the interview! Any closing words at the end of this feature?

Thanx for the interview! Best greetings to the Hungarian Death Metal horde, and I hope you enjoy our new album After Death!!! Stay safe!!! 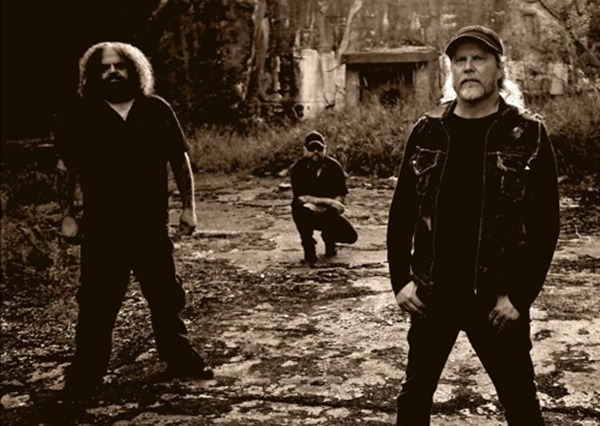