Last year we already had a conversation about Watchtower’s second album Control and Resistance with mastermind drummer Mr. Rick Colaluca. This time he speaks about the first effort of this excellent band, titled Energetic Disassembly. About the very first prog thrash record!

Rick, Watchtower made its recording debut in 1983 with an early version of the song Meltdown, which was included on the Cottage Cheese from the Lips of Death – A Texas Hardcore Compilation LP. Did it help you a lot to make a name for the band and to attract any label interests and/or any fans’ attention?

Yes, that recording gave us exposure to fans of hardcore music, which was a new demographic for us. And the song fit well on the record, being very thrashy. It definitely helped us grow.

You also recorded two demos (Boss Recordings – 1983, Meltdown – 1984); were they widely spreaded in the underground, in the fanzine/tape-trading circuit?

The stuff we recorded at Boss remained pretty much underground for a long time, given that soon after we re-recorded all of the ED (Energetic Disassembly) stuff for inclusion on the LP.

Were you part of that new metal approach by the way? Was the whole underground thing a brand new world?

It was all pretty new. There really wasn’t a metal scene (or much of one) in Austin at the time, but bands all over Texas were working hard to make it happen, and soon after the legendary Texas metal scene was born.

In your opinion, what caused this new metal movement at that time? I mean tons of small bands have popped up from everywhere around the world and things like that…

It’s hard to say. It just seems like the world, and Texas in particular, was ready for something new and within a few years technical metal was everywhere. 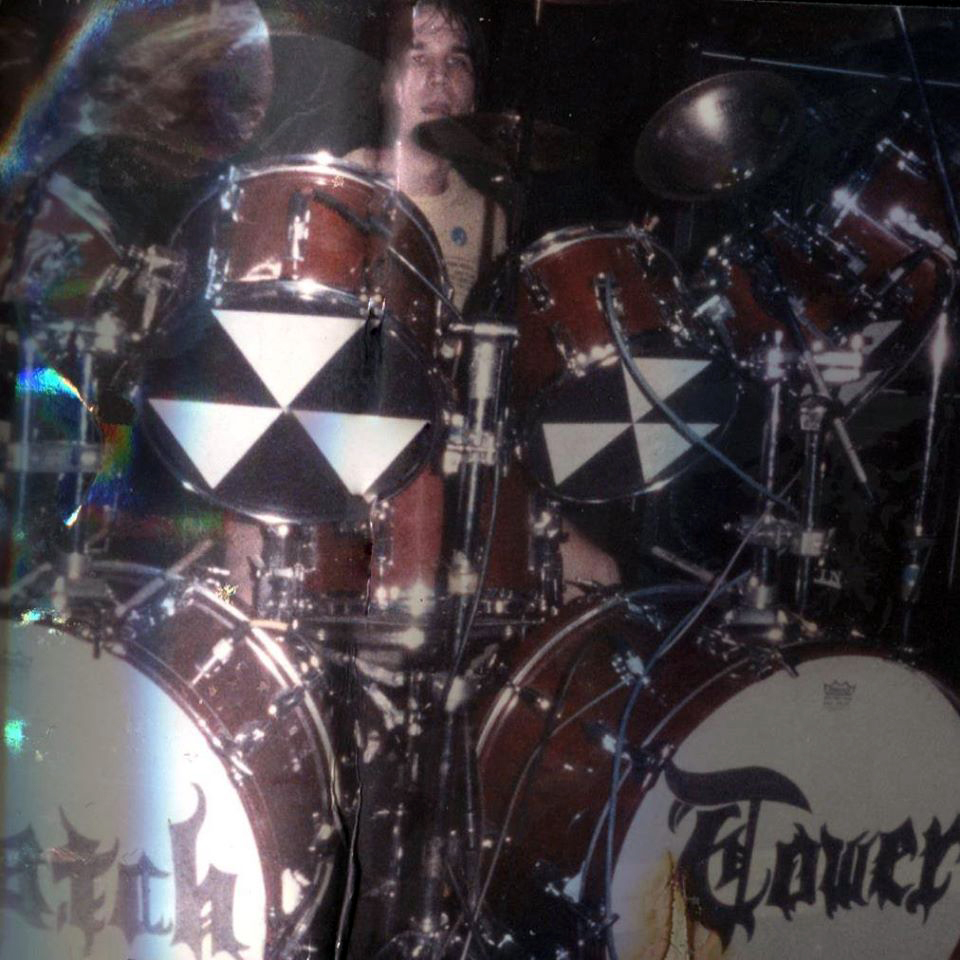 At which point did you enter the studio to cut your first album Energetic Disassembly? Were you prepared to record the material?

We entered the studio after winning some free recording time in a local battle of the bands. We recorded 2 or 3 songs in that studio, then finished up at Cedar Creek studio. We were pretty well prepared, having played the songs for quite some time by that point.

What about the recording sessions?

They went well overall, despite that fact that we hadn’t much experience recording and really didn’t know what we were doing. The production on ED can be difficult to listen to for many.

How much time and budget was at your disposal to record the album?

Is it correct, that all the tracks except for Violent Change are from The Boss Recordings from 1983? Does it mean that you didn’t have enough time to write new songs or…?

No, we re-recorded everything for ED after we had already recorded them once at Boss. None of the Boss recordings made it on to the Energetic LP.

Is this debut generally considered to be the recording most responsible for the development of the progressive metal genre? It is full of complex time changes, breakneck tempos and wailing solos.

I don’t really know. I know we were among the first to combine the elements of technical music along with the elements of metal, but there were others that came out about the same time doing similar things.

You were credited as being the first Progressive Metal band, weren’t you?

I’ve heard people say that, but history will decide that, not me!

Would you say that everything about it is completely unique; the mad drums, overpowering bass, razor-sharp guitar and the high pitched vocals?

Unique, but in familiar ways. We all had influences that made their way into our personal styles.

Was Energetic Disassembly an album way ahead of its time both musically and lyrically, almost futuristic in the sound?

I wouldn’t say ahead of its time, but perhaps a little unexpected given other things that were happening musically at the same time.

Do you think that the music was written in a way to show off the musical ability and skill of the band members?

Not so much to „show off”, but to express ourselves musically. It just so happened that this expression was a little over the top.

All songs were written by bassist Doug Keyser, right?

Doug and Billy wrote all of the lyrics and riffs, we composed and arranged the songs together as a band. 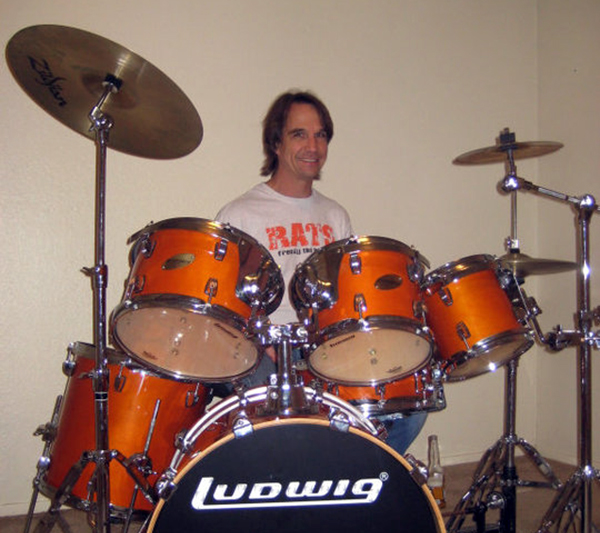 Is the music fast, ferociously technical, and overtly flirting with progressive structure?

I can agree with all of the above, yes.

Billy White’s style of riffage is rooted in the same thrash style as Slayer’s, your drum work shows signs of jazz influence, Doug Keyser’s contribution with the bass is the most subtle of the instrumentalists, but it sports a technical prowess that almost parallels the guitars…

Well, Doug started out playing guitar, and switched to bass after Billy and I begged him to switch (we needed a bass player, not another guitar player!). So I think he started out with a guitarist’s approach to bass and that stayed with him and influenced his composition. Although he quickly adapted to bass and took his writing and playing to a new level.

Do you agree with the notion that the rhythm and timing of each song was fast as those of many Thrash Metal bands while being absolutely not repetitive?

It was definitely fast, but there is a fair amount of repetition to it, even though perhaps not as much so as more common Thrash music.

That sounds like a pretty good description to me! 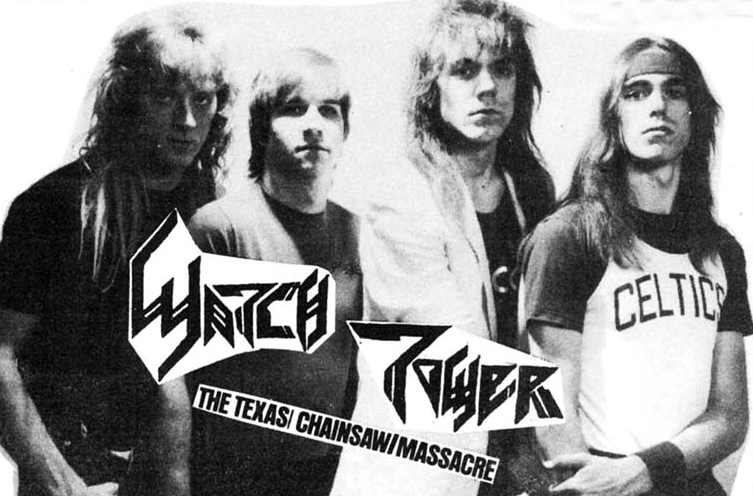 The tracks are generally very energetic and played with outstanding skills, aren’t they?

Very energetic, for sure. Speaking strickly for myself, I would say that the playing is a little sloppy at times, perhaps trying to do a little more than my skills would allow. LOL

Did in a number of ways Energetic Disassembly set the bar for complexity and technique for many of today’s Progressive Metal outfits, including future Progressive Metal legends such as Dream Theater, Fates Warning and Psychotic Waltz?

It was definitely a big reach for us. We were going for all-out technical and heavy, trying to do something competely different than anything we’d heard. So, in that regard it definitely moved the needle for other bands that were into the same or similar style.

Watchtower is the best technical progressive Thrash Metal band of all time, your musicianship and songwriting ability combine to paint futuristic sonic landscapes that are a class of their own…

I don’t know about the best of all time stuff, but thanks!

Do you think, that Doug Keyser and you formed the core of the band, your complex rhythms and syncopation played a huge part in defining the Watchtower sound?

I think the bass and drums might have been one of the things that made us more unique than other technical bands, due to our varied influences.

Is the end result a manic technical insanity and there was nothing even remotely close to the progressive technicality going on in metal at the time of this release?

„Manic technical insanity” and totally unique sound is pretty much what we were shooting for! 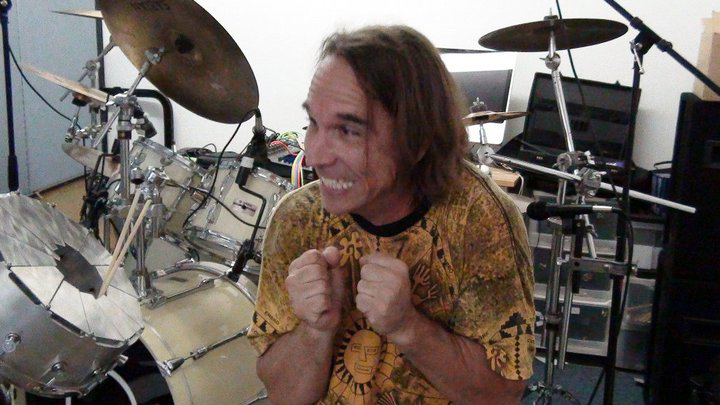 Was it so far ahead of its time that it can still be called an impressive anomaly of musical prowess today?

I think these days it’s not so hard for anyone to take what we’ve done and keep pushing it further. What made us different was that we were just a bunch of high school kids listening to heavy music and Rush and just totally energized. The thing that is hardest to reproduce is the energy of the band, not so much the technicality or skill set.

Did you capture a lot of attention back in 1985 when this album was originally released and the underground metal scene really praised you as innovators?

Most of the attention at the time came from other parts of the world, such as Germany. We were largely ignored by the musical press in the States for quite some time, even in our own town. Only after others took notice did we get any kind of recognition locally (other than the people who attended our shows).

How come, that the album was released by your DIY label Zombo Records? Weren’t bigger labels interested in the band at this point?

Nobody offered us anything that was attractive, so we decided to do it all ourselves, from the recording all the way through the distribution.

Is it true that Zombo was the name of the band’s then-manager’s mute dog? Was it financed by you and were 3.000 LPs and 1.500 cassettes pressed up at the time?

The dog was a Besenji, which isn’t mute, but just don’t bark like a typical dog. The money for the production was mostly from my job as a grocery store cashier. 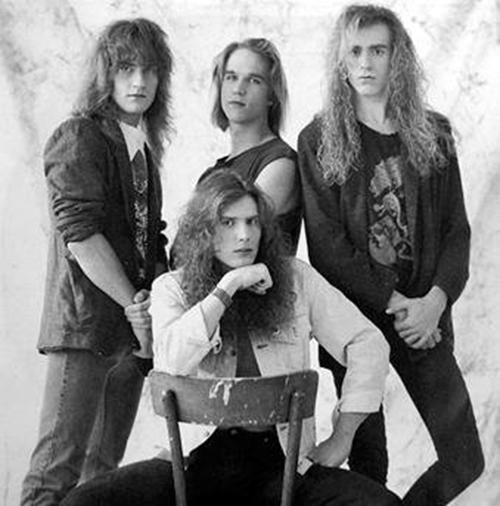 I don’t actually know the answer to that. I personally didn’t have anything to do with it.

Can you tell us everything about the shows or tours, that were in the support of the record?

We just mostly played local and regional shows. We also did a few shows in the San Francisco area. That’s about it.

Did Energetic Disassembly stand the test of time?

I think so. I still get a lot of inquiries about it.

Rick, thank you for your answers! What are your closing words for our readers?

Thanks everyone for your support! I wish everyone the best, and stay heavy! 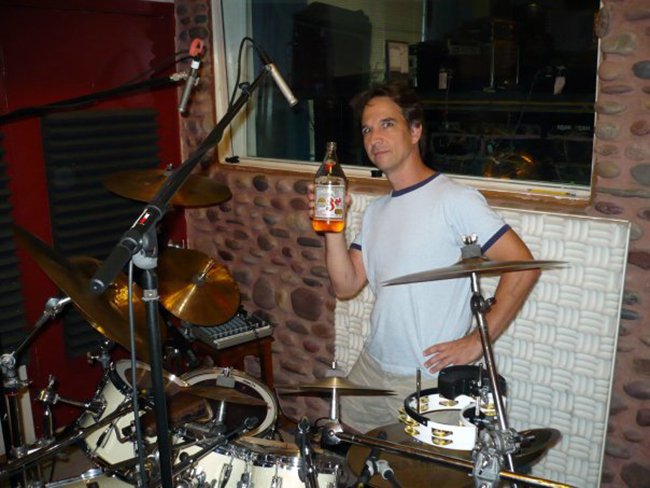