Bloody Hammers is a North Carolina-based metal project run by multi-instrumentalist Anders Manga. Their latest album called The Summoning got the second place of my 2019 Top 10 list so I wanted to know more about its background. Anders was so kind to answer my questions.

Congratulations, your latest album is your best effort, in my opinion. How do you evaluate it, compared with its predecessors?

Thank you! Yes, I think it’s my favorite as well but then again, the newest one is always my favorite, ha-ha!

„Bloody Hammers” is quite a Manowar-like, epic metal-like band name. Why did you choose this name? What kind of message is behind it?

We probably should have gone with a different name since many think it’s death metal or something. It was actually inspired by the song “Bloody Hammer” by our music hero Roky Erickson. I meant for it only to be temporary but things moved quickly and here we are stuck with it, ha-ha! 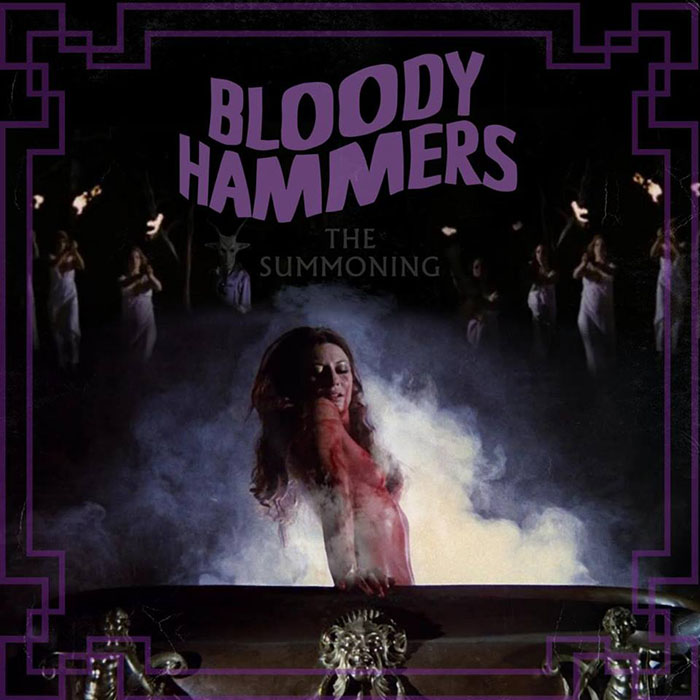 I read that you are from Gothenburg, Sweden. Since when have you lived in the United States?

I’ve lived in the US my whole life. Like most Americans, my family came from Europe but I was born in North Carolina.

Is Bloody Hammers a real band or a two-person project of you and keyboard player Devallia?

All the recorded music is me. I do everything in my home studio, with some help from Devallia here and there. Once the first album got some fans, I found some local musicians to help me out and do some shows.

Who is Zoltan, your tour guitarist? He has a Hungarian name, he must be my fellow countryman…

He helped me with a few live shows during the first album. Something like 6 shows but then he had more interest in his own project so we parted ways. Nice guy though. After than a guy named Bill from a NC band helped me with that European tour for “Under Satan’s Sun”. 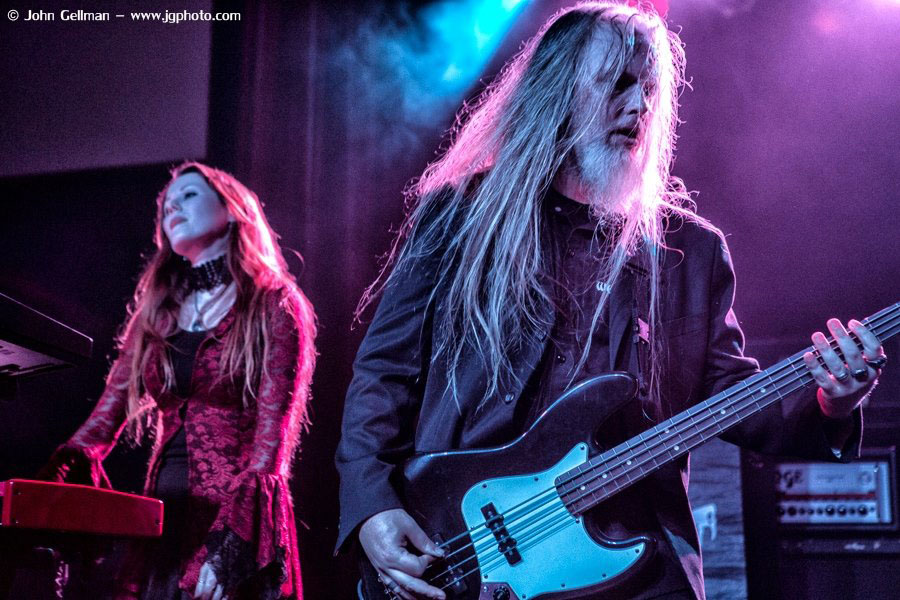 In addition to playing the keyboards, what is Devallia’s role in the band? Is she a co-writer of the music or the lyrics?

She helps me with arrangements, mixing… lots of things. Any time I get stuck, she sets me straight. For example, the song “Now the Screaming Starts” I thought wasn’t going to work. I almost deleted it but she saved it and told me to keep working on it, ha-ha. Now it’s favorite song with some people.

Are you a couple in civil life?

Yeah, 15 years and counting. I’m blessed to have her in my life for sure.

What kind of things inspire you in songwriting: horror films, occult themes etc.?

Everything I’ve ever seen or heard I guess has inspired me in some way. I try not to think about it too much and just let the songwriting flow out when it’s ready.

How can Napalm Records help you, besides the promotion?

Well, promotion is really their whole job so I’m not sure. They’re all cool people and never interfere with the music. If I wrote a really bad song, they probably wouldn’t tell me, ha-ha. They’re really hands off on the creativity which is nice.

How often do you play concerts?

Sadly, the last gig was Download Festival 2014. Time flies but we’re working to get a band and play out more.

Where did you already play gigs outside the US?

Poland, Germany, UK… that’s about it.

Do you have any chance to get to Europe in the close future, as a warm up band of a bigger tour?

We’re always looking for opportunities but I don’t think anyone really wants to play with us, ha-ha.

What about your next album? Do you already have any new songs? Will the style, the mood remain the same or are you going you move into a new direction?

I’m not sure yet. We’ll see… it really all depends on my mood when I start writing. 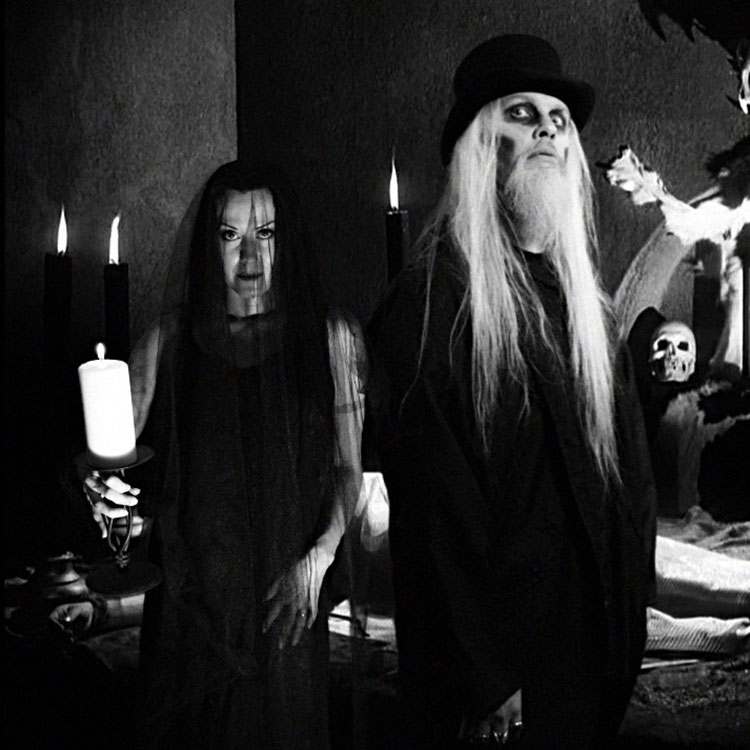 Please, tell us about your solo project! There you play all of the instruments. What kind of music do you play and why do you need another channel for self-expression?

Everything I do is really all the same process. Anders Manga, Terrortron, Bloody Hammers… it’s really all me in my studio doing everything but as I said before, Devallia is around to help. When I was a kid, I loved metal but also loved dark wave and synths. “Who Are You?” by Black Sabbath… that Moog synth Ozzy plays! Love that sound. I live only 30 minutes from the Moog factory.

Bloody Hammers doesn’t play cover songs. Don’t you need to pay your respect to your idols on this way?

I’ve done a few. “Second Coming” on “Under Satan’s Sun” is an Alice Cooper cover from 1971. I did “This Is Heresy” by Christian Death for a compilation… oh, and “Changes” for a Black Sabbath compilation.

How could you recommend Bloody Hammers to the Hungarian heavy metal fans?

Thanks to you, you are doing that for me and I really appreciate it. Congratulations! 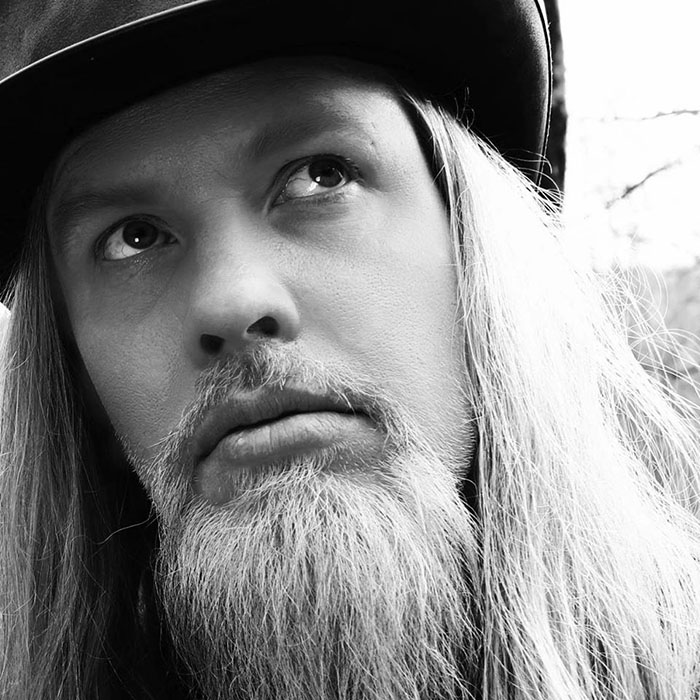