Rich Mumford tells the story of Malediction – Part I

Talking about the developement of the European Death Metal scene, Sweden and England had an important role in the shape of the genre. But, besides of the leading acts, there were a lot of other ones that went nowhere, although they would have deserved. Such as Malediction from Middlesbrough from England. Mainman Rich Mumford gave me his answers.

So Rich, how and when did the story of Malediction start? What were your influences as a whole?

The band started as an idea in 1989. Over the history of the band, I think our influences were Morbid Angel, Pestilence, Candlemass, Napalm Death, Repulsion, Terrorizer, Celtic Frost, Dead Can Dance, Rush, that kind of thing. I think Mark McGowan was very influence by a lot of Scandinavian melodeath like Eucharist and early Dark Tranquility as well as progressive metal bands like Dream Theater and Fates Warning. We started out wanting to be as extreme and as blasting as possible, but soon started to veer off into more interesting and diverse styles.

How about the line-up? Was Malediction the very first outfit that you were involved in or have you already played in other acts prior to Malediction?

Malediction was the first band I was in and up until very recently the only one I had ever been in.
The first line-up was myself, Shaun Stephenson, Mark Fox, Alastair Brennan and Darren O’Hara. Darren was later replaced by Mark McGowan. Alastair left for a period of time and was eventually replaced by Phil Slack, but later on Alastair returned to the band. Those are the only people who ever recorded anything with Malediction.

How about forerunners such as Carcass, Napalm Death, Bolt Thrower, Azagthoth, Warhammer etc.? Would you say that they opened the doors for the British Death/Grindcore bands?

Of course. Malediction wouldn’t have been possible without Napalm Death, huge, huge early influence. Still are in fact, especially FETO and the Mentally Murdered EP.

Did you belong to the second generation of the British Death Metal movement along with Benediction, Devoid, Necrosanct etc.?

Around this time another group of British bands started popping up with a different approach, that became the Doom/Death genre: Paradise Lost, Anathema, My Dying Bride, Cathedral etc. What were your views on them?

I’ve liked all those bands at one time or another, but the only one that’s really stayed with me is MDB. They’re great lads and deserve the success they’ve earned 100%. The other guys in the band were more fans of the Death/Doom thing than me, I think. Any Doom type stuff I wrote was more inspired by “true” Doom Metal bands like Candlemass and Solitude Aeturnus more than anything else.

Did you aim at writing originals right from the start or were you jamming mostly on covers?

Originals from day one, we never played covers.

You recorded several demos and EPs during the early 90’s. Could you perhaps sum up and them and give us any details regarding on those materials?

I think they’re all products of the time that they were made. I’ve made no secret that I have a lot of misgivings about much of the early material. I think if you ask any artist, they’ll usually be quite dissatisfied with their early output. It was a period of trying to find our sound and developing writing, performance and studio skills. That learning process effectively took place in the public eye with each release. Having said that, I think by 1994 we had developed into quite a competent band and our output from then on is far superior to any of the previous material.

Of the earlier, pre-album material, I think Ruinous Opiate that was recorded for a never released split with US band Incarnis was the best thing we did. We also re-recorded the second 7” (Mould of an Industrial Horizon) and tweaked the arrangement a fair bit, which was far more to my liking. 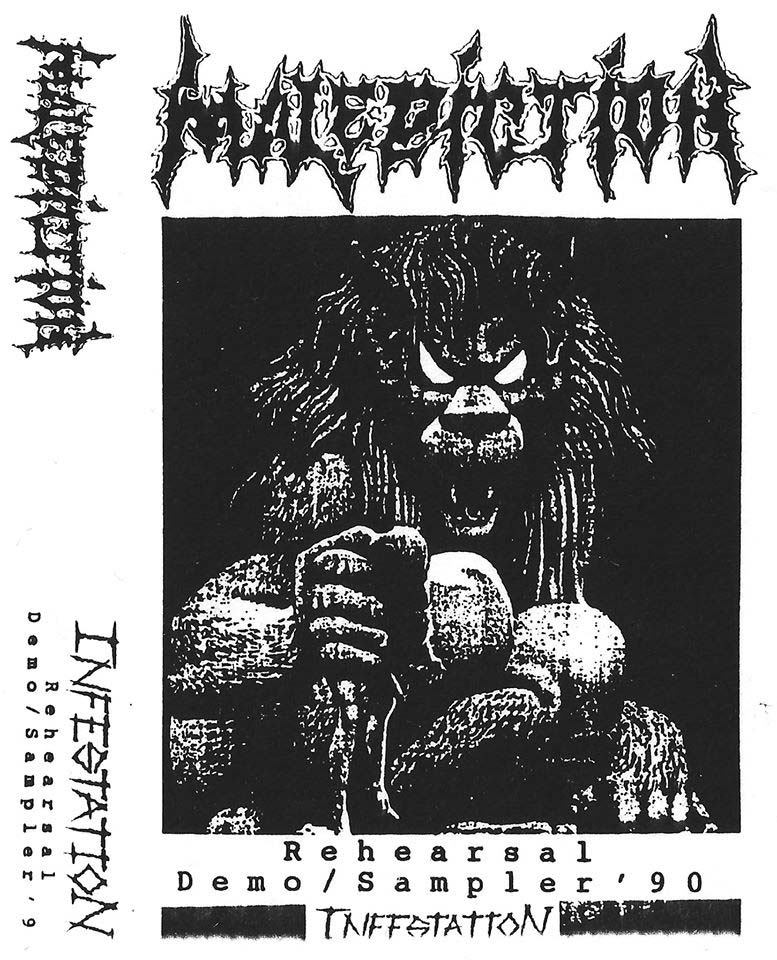 How were they distributed? Did you spread around them through the fanzine/tapetrading network?

Thrash and MBR sold the 7”s direct as well as sending us copies to sell. PS Records who did that third 7” (Dark Effluvium) ripped us off and never sent us our copies. MBR ripped us off on the second pressing and didn’t send us copies or the DAT master back. All the copies we received were sold by us and it helped finance future recordings.

Were you aware of the importance of the fanzine/tapetrading circuit by the way?

Absolutely. We were all tape traders and fanzine consumers. Shaun and the two Marks also ran a ‘zine briefly called Unwashed and Unwanted named after the front page headline in the Daily Telegraph which pictured Shaun being arrested while Hunt Sabbing.

The band were the first of the new breed of English demo bands to reach vinyl with their System Fear 7” EP on France’s seminal Thrash Records label in 1990. Does it mean that they were interested in signing the band and offered a contract?

Just for the one release, that 7”. There was never talk of us doing an album with them.

Were there perhaps other labels’ interests in Malediction?

At one time or another we had interest from them all, Earache, Peaceville, Nuclear Blast, Relapse and a load of other, smaller labels. It just never happened for us, we got close, but never made it. 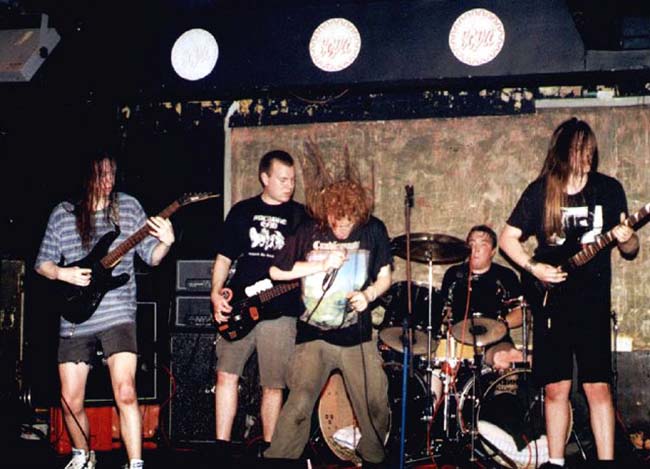 Do you think that the Death Metal scene reached its peak at the early 90’s and became oversaturated?

Totally. Which is why we diversified our sound in the way that we did. If you listen to the Dark Blasphemies CD from 2015 you can hear the beginnings of it in even the 1992 and 1993 remixes and re-recordings. We were just becoming more experimental. I stopped listening to metal in about 1992. I just got bored and fed up with it at the time. Of course I had the pleasure in about 1999 and 2000 of going back and listening to all of the great music I had missed. I think the problem is when you’re in a band, music becomes your job and you look at it totally differently and I just fell out of love with it for a few years in the 1990s.

I think that was the beginning of one of my first serious periods of depression. I didn’t want to listen music, I coualastair brennanldn’t face answering band mail, I didn’t want to be in the band at all for a long period of time. I felt like a failure and a fraud. How I wasn’t kicked out, I have no idea, but my heart really wasn’t in it for a long, long period time. I effectively sleepwalked through it for a couple of years. Looking back, I can’t even remember those years, it’s like they didn’t exist for me. It was only the rehearsing for and recording of the 1996 album that brought me “back” and reignited my interest. I needed a focus for being in the band and the three or four years where not a great deal was happening made it very hard for me to find that internal fire you need to do music on a serious level.

I think the danger with always being on the lookout for someone better can ultimately be self defeating. I’ve been in a “hire them, fire them” band myself in more recent years and it’s not a pleasant environment to be in. Those people always see deffiencies in others when perhaps they should take a long, hard look at themselves at some point. Perfection is impossible, fact. 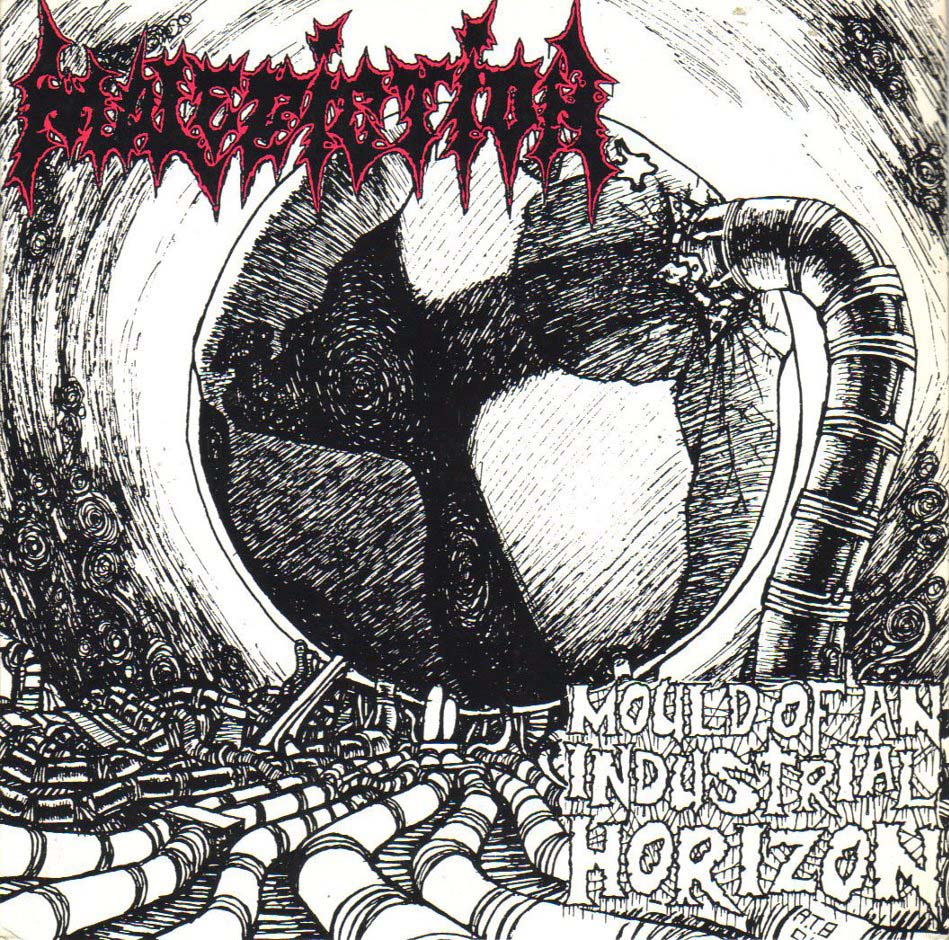 At which point did Emo Mowery become your singer? How did he get in the picture exactly?

He never became the singer. I asked him if he’d like to do it after everyone else left back in 2001/2002 as I still intended to keep going, and he agreed to do it, but nothing ever came of it as the band just fizzled out once again.

Have you recorded any material with him?

Unfortunately not. Ed is like a brother to me. I mean, I’ve never met the guy, but we’ve talked so much online over the years and we’ve kind of supported each other through various adversities. Ed’s had some really bad health problems and I’ve just tried to be that kind of supportive friend as he’s been on this long journey. He’s also been very understanding listening to my various ups and downs (usually downs). I can’t speak highly enough of the guy, a really nice guy with no hidden agenda which seems to be a rarity these days. Definitely one of the nicest people in metal. I’d love to work with him in some capacity in the future, whether that was in Malediction or something else. His band Tiwanaku is excellent and he’s in the process of putting their debut album Earth Base One together at the moment.

What about your live shows? Were you mostly opening acts for bigger names or did you manage to do headliner gigs as well?

We probably didn’t play that many shows. I would guess that the total number between 1990 and 1995 (when we last played live) was probably twenty odd shows. The biggest we played was opening for Bolt Thrower, Impaler and My Dying Bride in 1991. We played with Anathema, Solstice, Benediction and some other times as well. We never played with any international bands. Most of our gigs were of the local and poorly attended variety.

Having notched up sales approaching 10,000 based on your underground reputation alone, the band signed with Norwegian label Arctic Serenades in 1996, after a number of attempts to finalise deals with other labels. This label is unknown for me, so tell us please, did they have already any signed bands or releases? What about the label as a whole?

It was a one-man Norwegian label, but he moved to the UK later in the 1990s. He was supposed to put out the first Desecration album and a Vader live album at one point, but he had a load of legal problems with Desecration and I think it was typical small label syndrome where he had these giant plans but didn’t have giant money and the label therefore collapsed having achieved very little.