The late 80’s/early 90’s were still big times for metal, a lot of masterpieces were released those times. Undoubtedly Watchtower’s Control and Resistance was one of them. The Austin (Texas) based band had a major influence on bands such as Death, Atheist, Cynic, Pestilence, Dream Theater etc. They are known as the forerunners of progressive/technical thrash metal. Drummer Rick Colaluca told us his thoughts about the band’s second album, that was released 30 years ago.

Rick, Watchtower was formed in 1982, in Austin (Texas). Do you still remember how did you get together?

At the time, Doug and I were hanging out with a group of South Austin musicians. We’d put together bands here and there, but never anything serious. Then Billy came along, and we decided to start a new band. Jason came along a little later (he had been playing with a band called Fallen Angel), and Watchtower was born!

Was it the first outfit for all of you or did you have any musical experiences prior to Watchtower?

All of us had played in other bands prior to Watchtower, but we were very young at the time and none of them were very serious. Watchtower was the first „real” band for me.

There were a few bands early on: Watchtower, S.A. Slayer, Helstar, to name a few. Once the scene was somewhat established, however, many new bands were launched and the scene grew quickly.

You made your recording debut in 1983 with an early version of the song „Meltdown”, which was included on the Cottage Cheese from the Lips of Death – A Texas Hardcore Compilation LP. Can you tell us more about it?

I’m not sure how we ended up on that, but it was pretty cool being on a record. I think that was our first recording at the BOSS studio.

Was it a good possibility to draw attention to the band’s name?

It was good exposure for us, since we were pretty much just doing local and regional stuff at the time. Plus, it put our name in front of a lot of people who otherwise might never have heard of us, since we were the only real „metal” band on the LP.

How do you view, that in 1985, when the band released its debut album „Energetic Disassembly” that forged a new metal front driven by the spirit of 70’s Rush and came forward prior to the emergence of other progressive bands such as Dream Theater, Sadus, Atheist, Cynic, Death etc.?

We were just a bunch of kids excited to be doing our own thing, having a good time writing, recording and playing gigs. We were so into music, listening to everything coming out and trying to make the best music we could, and constantly challenging ourselves to push the envelope further and further. 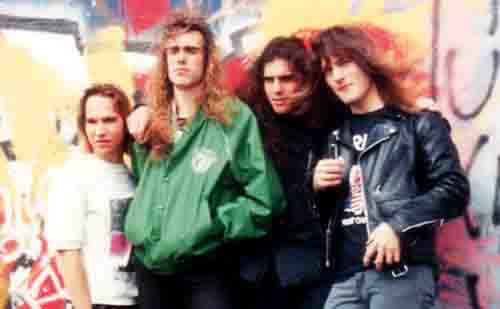 Was Watchtower without doubt ahead of their time at this point?

I’ll leave that for other people to decide.

Were you taking metal into the highest forms of progression?

That’s what we were trying to do. Take what we loved and move it to the next level by combining different styles and influences.

Why did singer Jason McMaster and guitarist Billy White leave the band after the releasing of the album?

Billy left because his tastes changed and he was no longer into what we were doing. Jason was playing with Dangerous Toys at the same time and when they got offered a deal with Columbia, he chose to continue with them and quit Watchtower.

How long did it take to find the replacement of them? The new singer became Alan Tecchio (ex-Hades) and Billy was replaced by Bobby Jarzombek (S.A. Slayer)…

It seemed like it took forever to replace both. We knew Ron was up to the task but it took some time to convince him to come on board. It was equally difficult to find a vocalist, we didn’t think it would ever happen, but luckily Alan came along and fit great.

How much of an influence did the new guys have on the music?

Ron had a huge influence, because he had his own ideas of what we should sound like. Much of the material for Control was already written at the time he joined, but we ended up changing, dropping, and adding a lot of things after he joined. Alan joined right as we were about to go into the studio to record, so he didn’t have much time to do anything other than learn the parts and record. Obviously his style made the music sound different. Alan’s influence is more apparent on the Concepts of Math stuff than it is on Control.

Did you rehearse with them a lot?

After Ron joined, we rehearsed all the time, as we were very actively gigging and working on material. With Alan, we immediately went into the studio to record, and then the big push was to get prepared for touring. 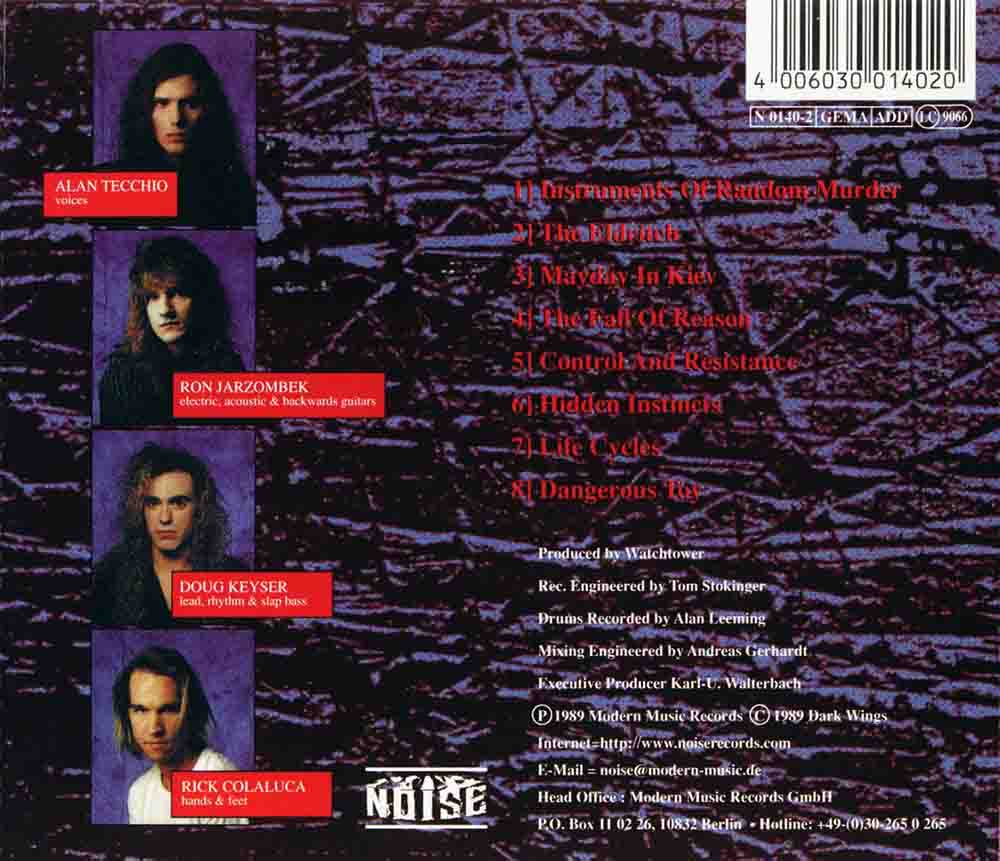 When did you start working on Control and Resistance? How did the songwriting go compared to the first album?

We worked on Control for years before ever recording anything, even when Billy was still in the band. By the time we got around to recording it, the songs had gone through many revisions. The songs on Control were also more complex and textural than Energetic, that, as well as having Ron in the band, made the process quite different overall than Energetic.

In August 1989 you entered the SkyTrak Studio (Berlin) to record your new material. What about the recording sessions?

That was a blast. Being in Berlin (right before the wall came down), recording, hanging out, the whole experience. I’ll never forget it! One thing that was so awesome for me was being done with my recording very early in the process. That gave me plenty of time to check out the city on a bicycle that I bought from a local flea market. And then at the end of it, we played a show in Dortmund with Rage, which was totally surreal. We could hear the crowd singing our songs over the stage mix, and these were people who had only heard our demo! So cool.

Was it the first time for all of you being in Europe? How did come at all recording the material in Europe?

Yes, that was our first time in Europe. We went to Berlin to record because that is where the Noise Records studio was located.

Is stylistically the music on „Control and Resistance” is a continuation of the fusion influenced technical/progressive metal style which was introduced on „Energetic Disassembly”?

Yes, Control was just the natural progression for us. A lot of the difference in sound and style can also be attributed to Ron being in the band. His style was definitely different than the original Watchtower line up. The end result shows us maturing as musicians as well as the personnel changes.

While both McMaster and White were accomplished musicians, their replacements take it up a notch, which makes „Control and Resistance” a more challenging and extreme release than it’s predecessor. How would you explain it?

The difference in sound was due to a combination personnel changes, as well as changes within each individual member. Personally, my musical tastes were evolving quite a bit at the time, including less traditional metal and more progressive stuff. All of these things combined contributed to Control being a different sound than Energetic.

Is Control and Resistance a unique blend of progressive thrash and jazz fusion, which in 1989 was completely new and original?

At the time we weren’t aware of any other bands doing a similar thing, but I’m sure there were some out there. We might have been the first to get noticed.

Was your technical/progressive jazz fusion thrash something that influenced a lot of death metal bands such as Atheist, Death, Cynic and Pestilence to take on a more progressive/jazz fusion approach?

I can’t speak for those bands, but I’ve heard it said over the years that we influenced many bands.

How do you view that while „Energetic Disassembly” may have laid down the technical thrash foundation, but „Control and Resistance” walks all over it, a step up from the first album?

It was just a natural progression. New members, personal and musical growth in existing members, new influences, etc. Control is definitely a different feel from the more raw, riffy, feel of Energetic. The music on Control is more textural and complex.

It is definitely one of the major differences, if not the most important difference. Ron’s style is so incredible and well-suited to the music on Control. His playing and composition surely catapulted the music up a couple of levels.

Is it true that the band forced Alan Tecchio to sing well outside of his range in order to have the vocals as high as possible?

I don’t know, I wasn’t involved in that. That’s more a question for Doug and Ron.

Are you agree with that all material on the eight track, 43:08 minutes long album is of a high quality, every track is a little musical journey in itself, but the material is consistent both in style and in quality?

There are songs I like better than others, but overall I think it’s a pretty consistent offering. There are no „terrible” songs on it, in my opinion.

It is also a very well produced album, where each instrument (including the vocals) are given space and clarity in the mix…

I was never very happy with the overall drum sound. But, my playing style never seems to come across well in recordings, so that part is on me.

You have done a video for The Eldritch. How often was it broadcasted by MTV back in those days? Did it help a lot to make the band’s name more popular or known?

I don’t know if it ever got shown on MTV. I know there was some talk about it going on Headbanger’s Ball, but I don’t know if it did or not. I don’t think it really did much since very few people have seen it (until YouTube came along).

Were there any shows or gigs to support the album?

Yes, we did a 6 week European tour, and an East Coast mini-tour, and some regional shows. But there was never a full tour.

Were you satisfied with the label’s promotional work in those days? Did they anything do for the band to push forward you? I mean, did they stand 100% behind Watchtower?

I was never much involved with that end of things, so it’s difficult for me to answer that question with any kind of authority.

Did this album’s legacy have not diminish to this day?

It seems to have held up well over time.

In your opinion, is Watchtower still considered as one of the greatest impacts in the world of Heavy Metal?

Maybe in our niche, certainly not in the larger scope of the whole heavy metal scene.

Rick, thank you for your answers! What are your closing words for our readers?

Thanks for everything, and for continuing to support the band! I hope that someday we can re-unite and play live again. 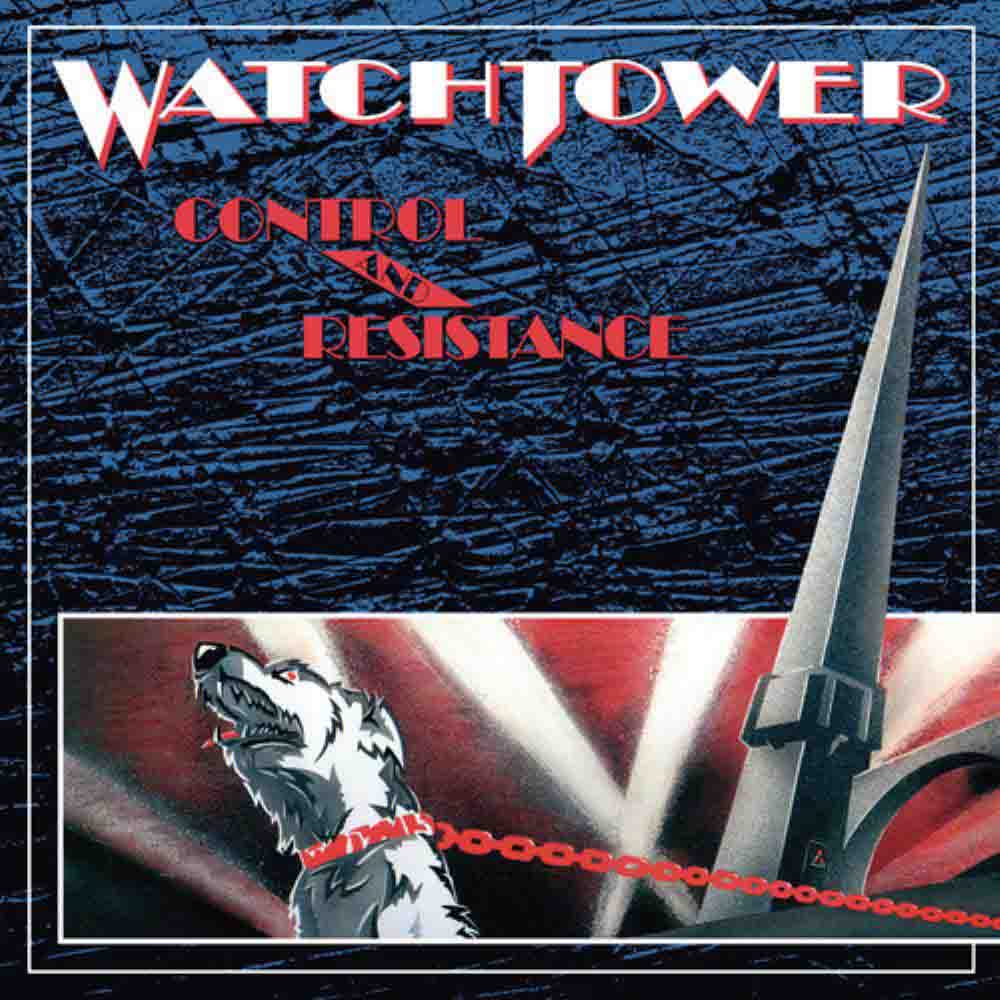