The Bay Area metal scene had a worldwide influence to bands that emerged later on. One of them was Burnt Offering that included Chris Reifert, who joined Death and established Autopsy. But, this time, original singer Brian Miller told us everything what we had to know about that period.

Brian, do you agree with that the earliest documented roots of the Bay Area Thrash scene date back to the formation of Exodus in 1980?

What about this early Bay Area scene as a whole? What were the bands that started their career together with Exodus (Leviathan/Anvil Chorus, Vicious Rumors, Metal Church, Control, Sinister Savage/Griffin, Blind Illusion, Trauma, Ez-Street etc.)? Can you tell us detailed about it?

I would say Death Angel, Burnt Offering, Mordred, Vicious Rumors, Anvil Chorus a lot of these bands influenced so many other bands and are still doing so today.

How do you view that Bay Area Thrash Metal or „Bay Area Thrash” referred to a steady following of Heavy Metal bands in the 1980’s who formed and gained international status in the San Francisco Bay Area, California. And along with South Florida, the scene was widely attributed as a starting point of American Thrash Metal and Death Metal?

Definitely some of the bands I mentioned bands like Atheist, Cynic, Nasty Savage, Exodus, Metallica, Possessed all had their hand in the formation of what the scene is today worldwide.

In your opinion, did several early outfits of the Bay Area scene borrow heavily from the New Wave of British Heavy Metal and early Punk Rock?

It’s safe to say some did the British Heavy Metal scene influenced a lot of the American Metal scene with innovative styles that caught on with many of the bands on both coasts East and West.

Would you say that Rampage Radio, conceived by KUSF DJs Ron Quintana, Ian Kallen and Howie Klein, has been assaulting the airwaves with metal and other noise on a weekly basis ever since its official birth on Sunday, March 6th, 1982, played also an important role in the Bay Area scene?

Ron Howard and Ian are pioneers they have been a dominant Outlet for decades. KUSF has been a staple in the Bay Area Metal scene from the beginning and I have full respect for those guys for what they’ve managed to accomplish with the station and as people in the metal world highly respect all of them.

Do you recall of one of the very first fanzines Metal Mania, that was done also by Ron Quintana? What can you tell us about the club scene? What were the first clubs that started opening their doors for hard rock/heavy metal?

Ron was a pioneer and yes, I do recall the very first few issues we’re amazing for the time as far as venues the Stone, the Omni, Mabuhay Gardens, the Farm the Berkeley Square just to name a few. These are some great venues it’s a shame they no longer exist.

How do you think, was Metallica’s move to Bay Area an important step? Would you say that they were the fastest, rawest and most brutal band at this point?

In all fairness I saw Kill ‘Em All performed live four different times and I think during that time there were bands like Raven from England and many other great European bands that maybe didn’t get the credit Metallica did but it definitely served as helping many Bay Area bands and influencing so many people in the day to not only play music but play fast and super heavy.

Although they had initially formed in Los Angeles, it wasn’t until their February 1983 relocation to the East Bay area that Cliff Burton and Kirk Hammett (after Dave Mustaine was fired) joined as bassist and lead guitarist, sealing the band’s first, formative line-up, correct?

Right. I believe it was Deanza High School in Richmond, California that ultimately would bring them all together to collaborate the music and the rest is pretty much history. 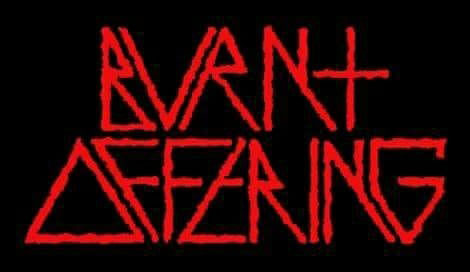 At the early/mid 80’s more and more heavy metal bands started popping up in the Bay Area such as Murder, Mordred, Ruffians, Death Angel, Laaz Rockit, Warning S.F., Ulysses Siren, Legacy (later known as Testament) etc. What were your views on the scene at this point?

Honestly I thought there was a wider choice of bands to listen to during this point in history bands were coming out of the Woodworks a lot of European bands. There was nothing like seeing Legacy live or very early Death Angel or Vicious Rumors. It was a time when bands put forth 110% effort live and you knew in your mind you were going to see something great that night depending on which of the three bands we’re playing and at what venues.

Did Cliff Burton’s and Kirk Hammett’s friendship with other local acts, notably Oakland’s Exodus and Testament, and later, San Francisco’s Death Angel strongly vitalize the scene, leading to intensive touring and tape trading that would cross borders and seas, and eventually graduate to record signings?

What I think is a lot of people followed in Metallica’s business footsteps. Remember the times a lady named Debbie Abono was helping several of the Bay Area bands negotiating contracts for them helping them etc. And yes, back in the day during Kill ‘Em All I think Metallica was kind of the model. Not only was their music but I think their persona was being duplicated as well because Kill ‘Em All was so unique and the audience identified with it so well tape trading has been going on since the beginning stages of the scene and has grown tremendously over the decades.

I was very involved at one time unfortunately lost a large number of my demos in an apartment fire back in 1993. I learned everything I needed to know about trading cassettes with. People abroad from drummer Chris Reifert of Autopsy back in the day he had stacks of cassettes different demos from different bands different places so I watched him a lot and what he did and how he communicated it did wonders for me.

At the mid 80’s was a kind of Thrash Metal boom in the Bay Area newer outfits started popping up such as Forbidden Evil (they shortened their name Forbidden later on), Death Penalty (later known as Vio-lence), Defiance, Redrum, Sentinel Beast, Mercenary, Desecration, Epidemic, Sacrilege B.C., Betrayel, Sadus etc.. To which extent were you familiar with these bands? Were they the second generation of thrash metal?

They were the second generation bands like Desecration, Epidemic, Sacrilege B.C. Those guys would go on to influence so many other bands.

A lot of musicians crossed their ways since they played in several groups, correct?

Absolutely. That’s common and happens every day sometimes there’s not such a pleasant welcome but it’s a common thing.

Compared to the New York or Los Angeles based Thrash bands, the Bay Area ones were more melodic, technical, had a tight rhythm section, catchy riffs, killer solos and often sing along choruses; do you agree with it?

One thing I can tell you from my experience: a lot of Bay Area bands back in the day prided themselves on the originality of their music, lyrical content and guitar riffs while some of the East Coast bands concentrated on being more heavy. I guess you can put it but West and East both had major influences not just in the US but abroad as well.

Were the Bay Area bands easily distinguishable from each other in terms of songwriting, producing, sound etc.? Did all of them have a unique music, style, sound etc.?

Most of the really great Bay Area bands prided themselves on being original it was a lot of attention to detail weather it was lyrics, guitar playing, drums, bass. There was a ton of pride when it came to the collaboration by the bands.

Would you say that „Bonded By Blood” is a milestone in Thrash Metal and if it had been released the same year as „Kill ’Em All” or „Show No Mercy”, as intended, it’s almost certain, that Exodus would’ve seen similar success?

It’s hard to answer that question. In my own personal opinion I thought Tom Araya and James Hetfield had better vocals then Paul Baloff from Exodus. But I think Exodus would have been successful just as fast based on the music “Bonded by Blood” had to offer.