I discovered to myself Dying Gorgeous Lies through their third album „The Hunter and the Prey” that came out this year. The Bavarian band plays mainly thrash metal with female vocal. When I quickly got acquainted with the previous two stuff, I got in contact with the band to know them better. Singer Lisa „Liz Gorgeous” Minet was so kind to answer my questions.

Liz, I like your new album very much. What kind of feedbacks, reviews did you get about it until now?

Thank you very much, I’m happy you like it. The feedbacks overall were great, critics emphasize the change and extension of our style, they totally dig the wasteland concept of “The Hunter and the Prey” and the progression of our sound.

How can you define your style, your sound? What kind of bands play similar music like you?

That’s a hard question to answer. Our basic influence is old school thrash metal, but what we do is no „clean” thrash, we mix a lot of styles and sounds into our music, I even have some clean singing and rap parts on this record. Also the expansion of our line-up with our keyboard girl Jay’Na D is not typical for classic thrash. I’d personally describe it as a new, modern way to play thrash. We never really cared about “Is that still thrash? Can we do that as a thrash band?” We just did it. I don’t know any band that sounds like us.

Listening to your albums, I feel a sort of bend that shows your musical development. Could you describe me, what is the difference between your three albums musically?

We started ten years ago as a thrash metal band with „classic” line-up. But already back then on “Insanitarium” we had topics that pointed with the finger on the problems in our society, on topics like child abuse, mental health problems and war. With “First World Breakdown” we went more into details, the songwriting got more complex and the lyrics were more personal (for example in the song „Jay”).

With „The Hunter and the Prey” came some initial changes, we completed the line-up with Jay’Na on the keyboards, we added samples and experimented more with different styles and sounds. We consciously took the time we needed until Mashl was completely happy with the songwriting and me with the lyrics and vocal melodies. Personally, I am very happy that more or less for the first time I had the chance to add also clean vocals and show more of what I’ve got up my sleeve.

My favorite song from the new album is “Greetings from Aleppo”. What about yours?

My favorite song to play live from the new record is definitely „…And as the Bombs Fell” ‘cause I love the energy and dramaturgy of that song. On record I’d say either also „Aleppo” ‘cause I’m really into the lyrics and the structure or „Fatal Craving”.

Let’s go back to the roots! How did the band start a decade ago? How did you get together?

In 2009 Mashl (guitars/songwriting) and JJ (drums) got to know each other through me, since I was friends with both of them and knew that Mashl was searching for musicans for a new project. Things went great so they decided to start a band. Soon later they asked me to do the vocals and that’s how the magic began. We went through some line-up changes (what’s quite normal in 10 years) but the core and the spirit of DGL never disappeared ‘cause we’ve always searched for musicians that would carry this spirit together with us.

Before this, did you sing in any other metal bands?

No, DGL was my first band. I was actually a not very experienced guitar player back then and JJ knew I could do metal vocals. So they just tried me out on the microphone and liked what I did, so things went rolling. 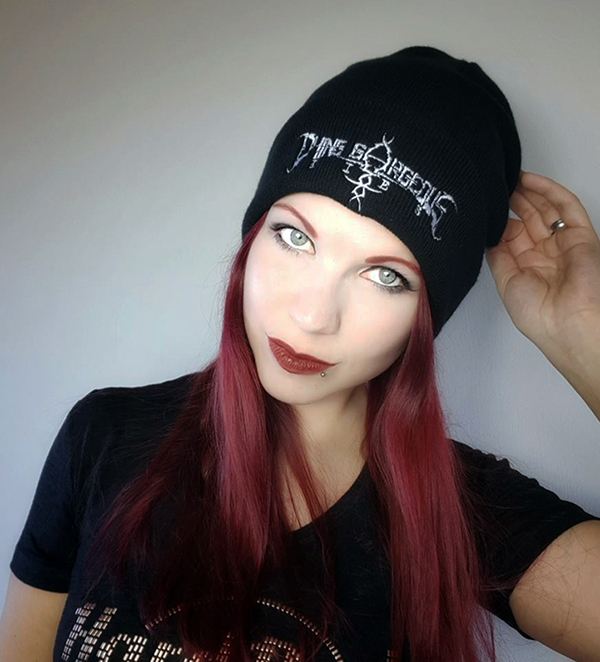 As it is usual in this genre, your chant is quite aggressive, almost a growling. Do you maybe intend to bring more melodies and silkiness to one song or more?

Definitely! I’ve been working a lot on my clean vocals, too. You can already hear some in the songs “Revolution Day” and “New World Order”. We are planning on adding more of them in the new songs without losing the aggression.

The band has a unique and attention-getting name. What does it mean for you?

The term “gorgeous lies” means if somebody hides not so pleasant realities behind nice words, he doesn’t tell you about negative facts so you won’t worry about it. You will stay calm in the consciousness that everything’s all right and there is nothing to worry about. That’s exactly what governments do about certain topics in order not to risk a riot. The “dying” means that these gorgeous lies start to crumble into pieces, ‘cause reality is to fucking real and threatening that nobody will believe into these gorgeous lies anymore. (Just take a look at the dramatic clima change and how politicians in many countries just don’t talk about how urgent we need changes.)

You call the band and your fans „The Wasteland Clan”. This and your face painting makes a kind of Mad Max impression on me. Does it fit to your feelings about maintaining a band: is it about struggle for life? Or is it just an image, a role play?

Well, this is not larp or anything like that. The Wasteland Clan is the logical consequence of the breakdown of the first world that we picked as the central theme in “First World Breakdown”. It takes place in the year 2079. The world as we knew doesn’t exist anymore ‘cause it got destroyed by greed and hate. There is no such things anymore as society, states, politics… The survivors of the so called “great dying” and the fights for the last resources in this dead world have formed into clans to secure their own survival. We and our fans are the “Wasteland Clan”. This is our life, our family, our union is the only key to survival. 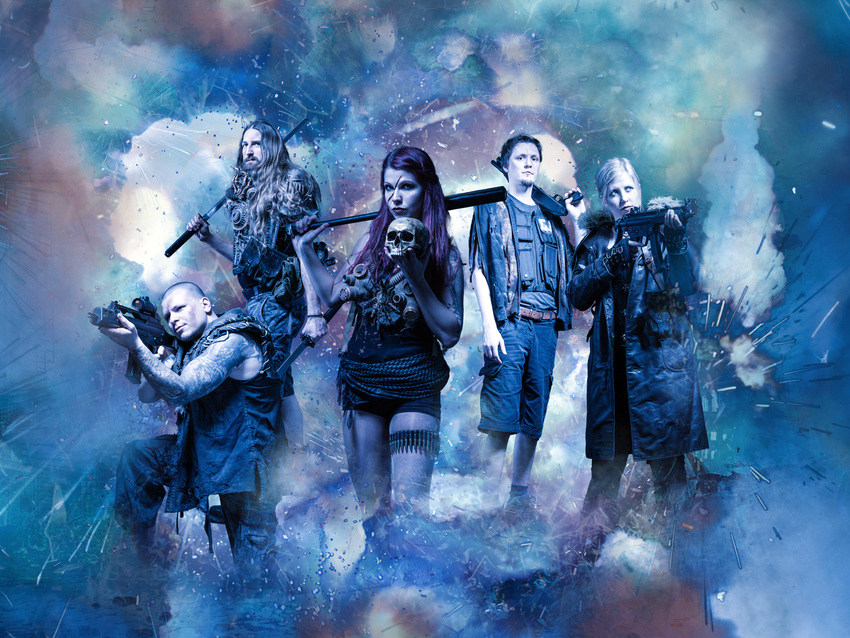 So many pages, so many line-ups of your band: could you help me and name the actual members of DGL?

You are usually five on the band photos, Jay’na or one guitarist is missing. What is the reason of it?

After our former second guitar player Sebastian left the band we tried out some other guitar players but then decided instead to take Jay’Na as a permanent band member to complete our line-up.

How did your sound change with Jay’na’s joining the band last year? As a thrash metal band, why did you think it was important to hire a keyboard player?

We actually wanted her as a guest musician for one song (“Revolution Day”). But listening to the results and generally the combination of thrash and her playing we decided to make her a permanent member of DGL because that gave our sound a certain twist that all of us were really digging.

How are your songs born? Who brings the musical themes, riffs, melodies? Do you write all of the lyrics?

Usually Mashl writes the songs and after that I write the vocal melodies and the lyrics. Yeah, all lyrics are written by me. 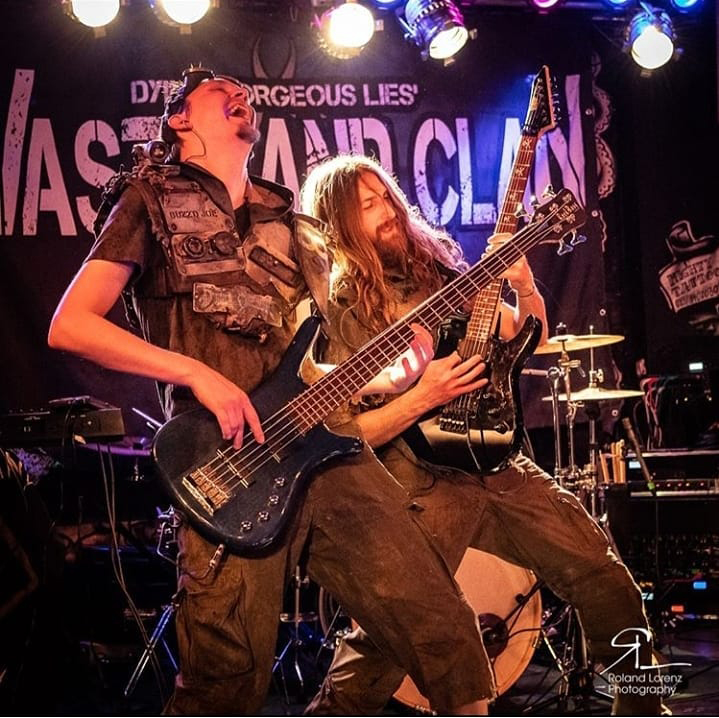 The “Hunter and the Prey”, just like your previous album, was published by well-known Massacre Records. How can you get on on an oversaturated market by their help? How can you reach the metal fans internationally?

I guess the “secret” is to bring something unique and catch the fans by being authentic. Don’t “try” to be super hard if you are not. Just do your thing and have fun in what you are doing. I’ve seen many technically not very good bands, but some of them caught the audience just because they were so authentic. That’s what the fans wanna see.

One of the chances in marketing in our days is social media. Even if some people might roll their eyes now. I always say social media is a true gift to everybody who’s moving in public. You have all ways to promote yourself and your music/art/whatever internationally, just use it right.

You have just finished “The Hunter and the Prey” tour that touched Germany, Austria and Schwitzerland. What kind of experiences did you get during these two months?

The tour was amazing! After touring North America in 2017 and mostly Russia and Eastern Europe in 2018, we decided to go for our roots in Germany as the first leg of the “The Hunter and the Prey” tour. It was nice to play in cities where we haven’t been for quite a while or even never been before. One of my personal highlights was to play a double headliner show with Green Jello. I had so much fun on that show.

Do you have the chance to get to big festivals this summer?

As a band we just finished our tour and are working on the new record right now, so we have a little bit of a live break over the summer. Personally, I’m gonna be on one or two bigger German festivals.

You know, the sky is the limit. I believe in this band and I know that we can achieve a lot. And I’m excited to see what’s happening. 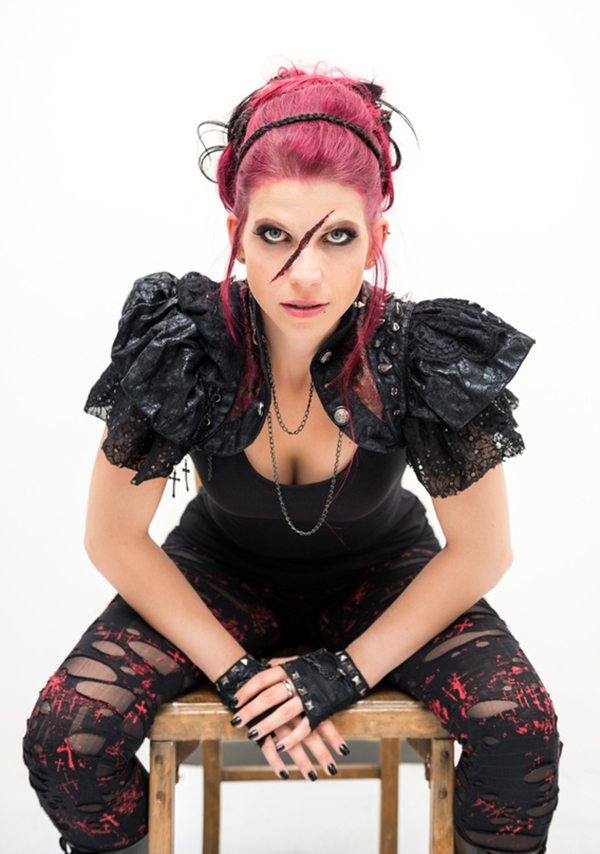