At the end of the 80s both the mainstream and the underground metal scene became oversaturated. The glam/hair bands were preferable, they were on heavy rotation on MTV. One of the best releases of 1989 was undoubtedly the debut record of Los Angeles based, all female outfit Phantom Blue. Full with energy, catchy melodies, excellent songs – so can be described their record. Bassist Kim Nielsen told me detailed about that period.

Kim, Phantom Blue was formed in 1987 by singer Gigi Hangach, guitarists Michelle Meldrum (R.I.P.) and Nicole Couch, bassist Debra Armstrong and drummer Linda McDonald, but Debra left the band prior to the band signing with Shrapnel Records and she was replaced by you. How did you get in the picture exactly?

I came into the picture in September 1988. I was taking lessons with John (Juan) Alderete who was in Racer X at the time, and he suggested I audition for a female band he knew that was looking for a bass player. I wasn’t interested at first because I didn’t want to be in a female band. But he convinced me to listen to their demo. I was pleasantly surprised at how good they were so I decided to audition.

Did they perhaps audition other bassists as well or were you the first choice?

I don’t know. It was never mentioned to me, if they did.

From what I know, Michelle was previously involved in Wargod and Post Mortem, but what about the musical background of all of you?

I don’t know what their musical background was prior to Phantom Blue. I had been in several bands, too many to count, over the previous 11 years.

Would you say that Michelle was more experienced than you?

Not really. I think I probably had been playing longer than her, since I am older.

Did it help you a lot that you were supported by Racer X? Did they care a lot of you?

They really weren’t that involved in our band. We knew them and hung out with them a few times, and the other girls took lessons from them before I got into the band. But at the point when I joined the band, they didn’t have that much involvement with us, other than friendship.

Was Racer X an established act at this point?

Yes, very much so.

What were your views on the Los Angeles scene at this point compared to the late 70’s/early 80’s, when a lot of hair/glam outfits emerged such as Dokken, Ratt, Mötley Crüe, W.A.S.P., Leatherwolf etc.?

It was a great time to be in music. There was so much happening and so many great bands coming out. The Sunset Strip in Hollywood was really happening then. It was a really fun time. 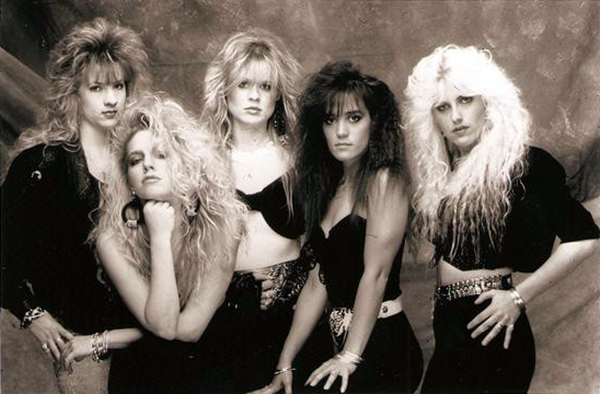 Were you into earlier all female bands such as Vixen, Girlschool, The Runaways etc.?

Not at all. I hated female bands back then. Female bands had a negative stigma attached to them because of their lack of quality musicianship, not to say none of those bands were talented, because they were. But there were others on the L.A. music scene that really sucked. And because of them no one took female bands seriously. I didn’t take them seriously either. I had always played in guy bands. I never wanted to be in a female band, because I was serious about my craft and being the best I could be, and I didn’t want to be associated with them. John Alderete really had to twist my arm to get me to give Phantom Blue a chance, for this reason.

Do you think that they opened the doors for females in the metal scene and pioneered?

Yes, I do, or so I am told by others. When us and those other female bands you mentioned were on the scene, the music biz wasn’t ready for us. They didn’t take female bands seriously. It wasn’t until later on that female bands became cool.

Did you start writing originals right from the start or were you mostly jamming on covers?

No, we did originals only, at that time.

Have you recorded any demos?

Phantom Blue did a lot of demos for both the first album and second album. Some were released on Prime Cuts and Glazed Donuts. Those were pre-album live demos done in the studio, for the purpose of letting the record company hear the songs before we recorded them on the album.

Were they shopped around to attract labels’ interests?

The first demo was given to Shrapnel. The other demos were paid for by Geffen so they were for their use only. 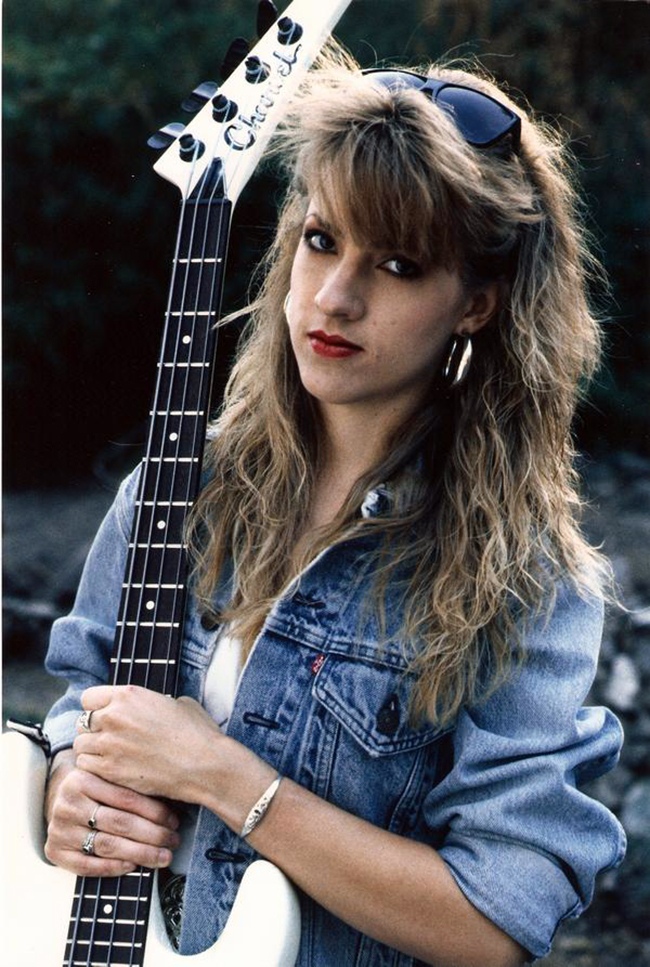 Were there other labels approaching you or was Shrapnel the only one interested?

I don’t know. I never heard anyone mention any other label. When I joined the band they had already submitted their demo to Shrapnel, and they were in the process of getting a record deal. Later on, after the first album was recorded we showcased for a bunch of other labels because we were looking to get off of Shrapnel. That’s how we ended up on Geffen.

You entered the Prairie Sun Recording Studios to cut your first album. Were you prepared to record the material?

Yes. We were ready to go.

This studio was known about that a lot of thrash bands such as Testament, Exodus, Possessed etc. were recording their albums there. Was it the label’s decision to work at the Prairie Sun?

Yes. Prairie Sun was the studio Shrapnel used for all their artists at the time.

Great. We did pre-production rehearsals and made some minor changes to the songs, and then went into the studio to record them.

Please give us all of the details that comes to your mind considering the songs, the general attitude of the band, the production, the end result etc.!

Not much comes to mind. It was pretty straight forward. The songs were all written before we got to the studio, and like I said, some minor changes were made in the arrangements. Then we recorded the tracks. It was all pretty standard. The only song we didn’t write was Why Call It Love, which was written by Steve Fontano, the producer. He and Mike Varney insisted we do that song, because they wanted a radio hit, as all record companies did at the time. So, we agreed to do it.

How do you view that you’ve done the metal world a great service: you’ve shown for lads that women can rock like any man?

I hope so, because they can! Ha, ha. I don’t really think about it too much. We wanted to prove we could play as well as any guy band. We were serious musicians. I am flattered that people like us and think we were good. It’s nice to leave a legacy like that. It’s not something I personally set out to do really. I just do my thing, and if someone likes it, then great!

Do you agree with that you had incredible guitar aptitude, brilliant harmonies, and a tight rhythm section?

Yes, for sure. All the girls were very talented and very competent musicians, and song writers.

What do you think about that Gigi’s voice is reminiscent of Doro Pesch and her voice is also the main drive behind the music on this album?

To me she doesn’t sound like Doro Pesch. About the only thing they have in common sound-wise is the grinding sound of their voices. Gigi is definitely unique. She is a fantastic singer. She is one of those people who is naturally gifted. She is also great in the studio, and doesn’t need any auto-tune or any of that nonsense.

Many first albums are just the feeling-about experience for bands, so your work’s very competent and impressive, correct?

I think so, but it doesn’t really matter what I think. It matters what the fans think. 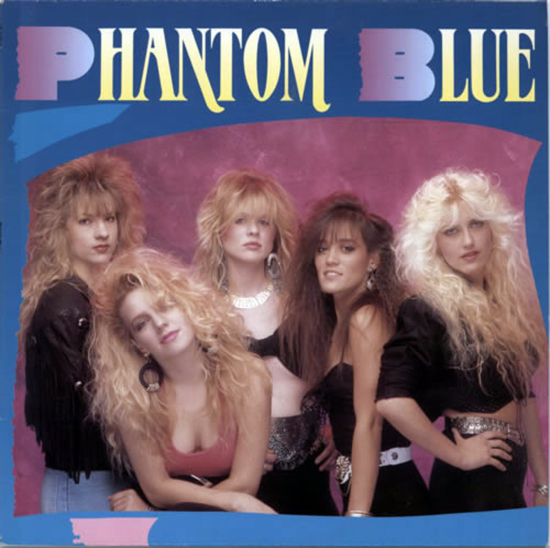 How do you explain that talent and skill being displayed here from the precise guitar riffs, ranging tones and great melodies and the talent that comes from Phantom Blue truly puts most metal bands to shame in terms of technical ability?

Practice, practice, and more practice. We used to rehearse 5-6 days a week, every week. There is no substitute for hard work.

Would you say that there was a great/good chemistry among you? Were all of you on the same wavelength?

Overall, yes. We had our moments when we didn’t get along. Being in a band is like being married, and it’s not going to be great all the time. But we had a lot of fun times together, too.

Was your talent what made you stand out from the crowd?

I think so. But we also had good songs. You can be the most talented player, but if you don’t write good songs, you won’t get very far. It’s all about the songs.

What were the shows/tours in support of the record? Can you tell us more?

Yes, we toured, one tour for each of the first two albums. The tours were great. We had a lot of fun on them and great memories. People received us very well on those tours. It was great doing those shows and meeting fans. 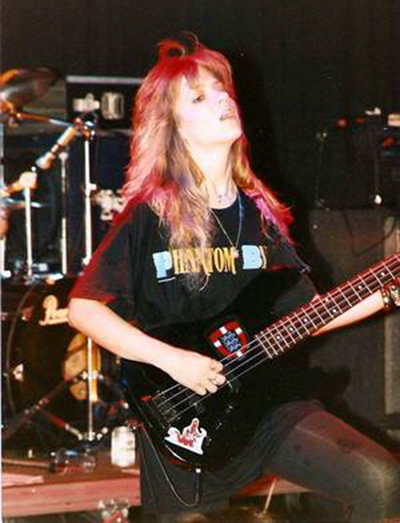 Four years after the releasing of your first record was released your second one titled Built to Perform. Why did pass so much time between the two albums?

Geffen Records was stalling. Our A&R rep. had personal problems so it was hard to get him to do anything, and Geffen had a habit of signing bands and shelving them. The second album didn’t get made until we threatened them with a lawsuit for breach of contract.

How much did change the scene, the music industry, when Built to Perform saw the light?

A lot. The grunge sound was in, and the classic Metal sound was out. We were a little influenced by the Grunge scene, and the 70’s bands, like Black Sabbath. We tried to combine that influence with our own sound so that it sounded new, but still like us. We also wanted to be heavier, so that’s what we went for.

Would you have been more successful in your day with proper management and marketing?

We had proper management. Byron, our manager was great and he did a lot for us. Without him, we wouldn’t have gotten very far because the music industry just wasn’t interested in female bands at that point in time. Roadrunner Records really promoted us. Without them we wouldn’t have existed because both Shrapnel and Geffen weren’t going to do much for us.

How would you sum up the band’s career as a whole?

It was fun while it lasted. We had a lot of potential but couldn’t get a break because we were ahead of our time as a female band, and no one in the music biz cared about female bands. Female bands didn’t start becoming cool until after we split up. But, it was still a great experience.

Kim, thank you for your answers! Any closing words for the Hungarian fans?

Thanks for all your support of what we did. It means a lot to us. We had a great time making those albums, and I am glad we could share that with all of you. 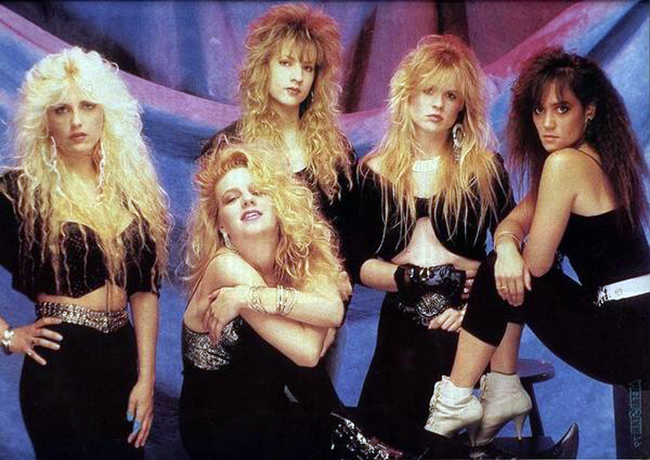