At the early 80’s Los Angeles became quickly the home of the glam/hair metal movement. W.A.S.P., Dokken, Mötley Crüe, Ratt, Quiet Riot etc. started popping up at the same time and making a name for themselves, gaining commercial success. There were other bands who were very talented, but weren’t lucky to be bigger or more known. Huntington Beach based Leatherwolf is a good example for it. Guitarist Carey Howe told me about the band’s career and the Street Ready record that has its 30th anniversary this year.

No, the first line-up had Jerome Sevrin playing bass and Mike playing guitar and we had a few different vocalists trying out.

How did you get together?

What about your musical past as a whole?

We all had similar interests and when we heard Iron Maiden for the first time we where hooked on that type of sound with a heavy Scorpions and Judas Priest influence.

How about the L.A. scene at this point, when a lot of bands started popping up, such as Dokken, Bitch, W.A.S.P., Mötley Crüe, Hellion, Ratt, Stryper etc. all of them to try making a name for themselves?

The scene was starting to gain momentum but we where very different from the glam sort of bands that where gaining popularity at a fast rate.

There were also other bands who were playing fast and brutal music, such as Slayer, Metallica, Abattoir, Savage Grace etc. Would you say that the L.A. scene was divided into two parts? I mean the thrash/speed acts vs. the glam/hair ones?

Absolutely yes. We were sort of in between both those genres we played shows with Metallica and Slayer and also with Ratt and Poison. Dave Mustaine was a high school friend of mine and we used to party together back in the day.

Were all of those movements in their infancies in those times?

Which clubs did start opening their doors for metal at this point?

Did you start writing own materials or were you jamming mostly on covers?

We started our own material right away but we did do some covers of Judas Priest, Iron Maiden, Scorpions and Triumph.

You recorded a two track demo in 1983. Can you tell us any details about it?

I can’t recall exactly but it was in order to shop around to labels.

Was it shopped around to attract any labels’ interests or was it distributed through the fanzine/tapetrading network?

We had a manager Jay Roe who shopped us around.

Were you aware of L.A.’s first fanzine Headbanger that was done by Bob Nalbandian?

We were aware of all the fanzines and we got great coverage in the early days yet our schtick was inbetween thrash scene and glam so it was hard to categorize our music.

In 1984 the band signed to indie label Enigma/Tropical Records in America and released their first EP later that year, then you signed to German label Steamhammer/SPV who re-released the EP as a full length album entitled Leatherwolf. Can you tell us more about it?

We released the EP with Enigma and when we got signed to the European label we added 4 songs for a full LP.

Is it correct that you also signed to Heavy Metal America who had their rights to the album in Britain, and issued the album under the name Endangered Species?

Yes, that is correct. 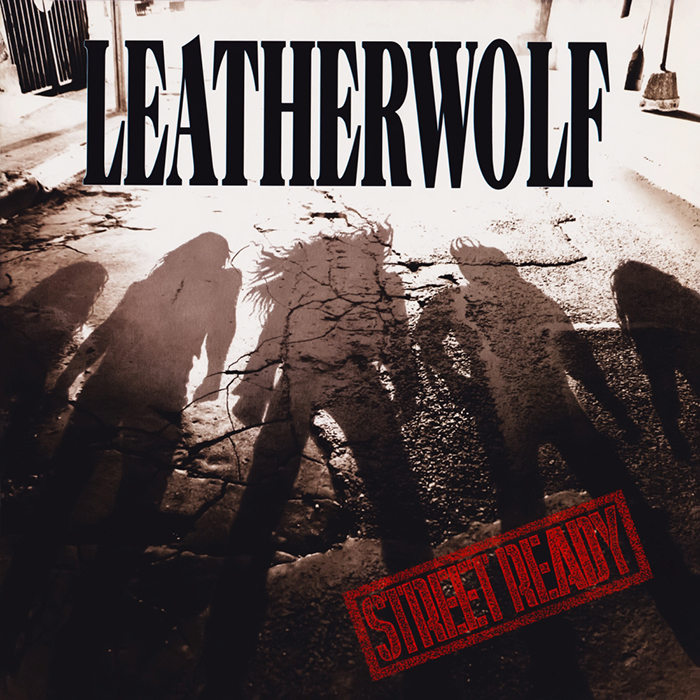 Around ’86/’87 instead of Matt Hurich joined Paul Carman the band. What were the reasons of this change? How about Paul’s musical past?

Matt joined Stryper for a brief period and Paul was playing in a band that was rehearsing at the same location as us and we asked him to do a show and then he joined the band permanently shortly after.

Do you think that this line-up change didn’t hinder their career?

At which point were you signed by Island Records? Did you offer you a good deal?

We where signed by Island after Tapko Entertainment picked us up for management and we had a fairly good signing deal.

The label confusingly released a new album also entitled Leatherwolf in 1987. How did that happen?

This was the band’s request as we figured our first major release was in fact our first real studio record as opposed to our almost live first release.

Did this early materials represent what you wanted to achieve the band with?

The major label did some heavy influencing in the direction we where headed. They wanted us to fit closer to the Hair band genre.

The first single, The Calling received regular airplay on MTV and the band would go on to tour regularly across the US. How did it go as a whole?

We were excited about the notoriety and the airplay and it allowed us to pick up much better shows at the time so all in all we where very excited. 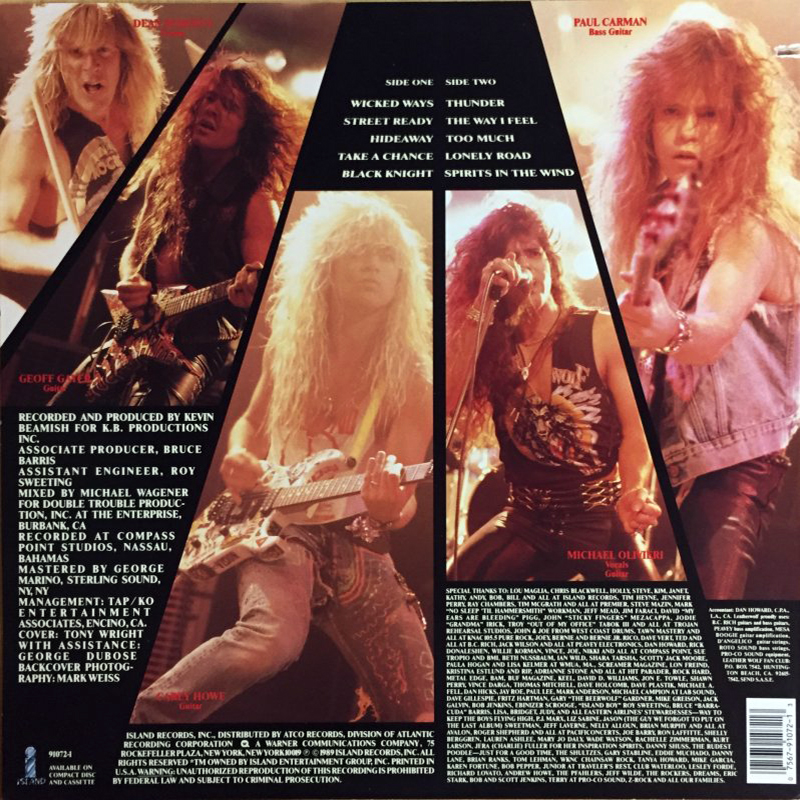 When did you start working on your third material, that became Street Ready?

We worked on the Street Ready material on tour when we were supporting our first release.

You entered the Compass Point Studios (Nassau, Bahamas) to record Street Ready. How did your choice fall on this studio? By the way, were you prepared the material?

We were very prepared for this release and we headed to Compass Point as our label owned the studio and wanted to get us away from any distractions, as we where a band that tended to party to the extreme at that time in our lives.

How do you view that the name and sound undoubtedly had your origins in the NWOBHM and perhaps older bands such as Judas Priest and Scorpions, but by the mid to late 80’s America’s metal scene was becoming increasingly affected by a pop mentality i.e. obsessed with image, and particularly how to attract young girls?

We always just played from the heart and did what came naturally depending on the mood we wanted to portray.

Do you agree with that combine three guitars and keyboards set you apart from other bands?

I’m not sure of that. All I know is we did what we wanted without thought of trying to be anyone else and hopefully on the recordings it would come across as intended.

Entering 1989, Leatherwolf set the tone of their music to a mix of heavy metal and hard rock to adapt the musical climate change during the end of the 80’s decade, right?

I’m not sure we did this at all. We always did what we wanted for the most part.

Did you after your straightforward debut and your more melodic sophomore album (both inexplicably called Leatherwolf), arrive at the end of the 80’s with everything on your side?

We felt we did yet. We still didn’t get the good tours, and we had hoped to get for what reason is unclear to this day. We just kept on doing what we had always done which is write music and whatever happens… 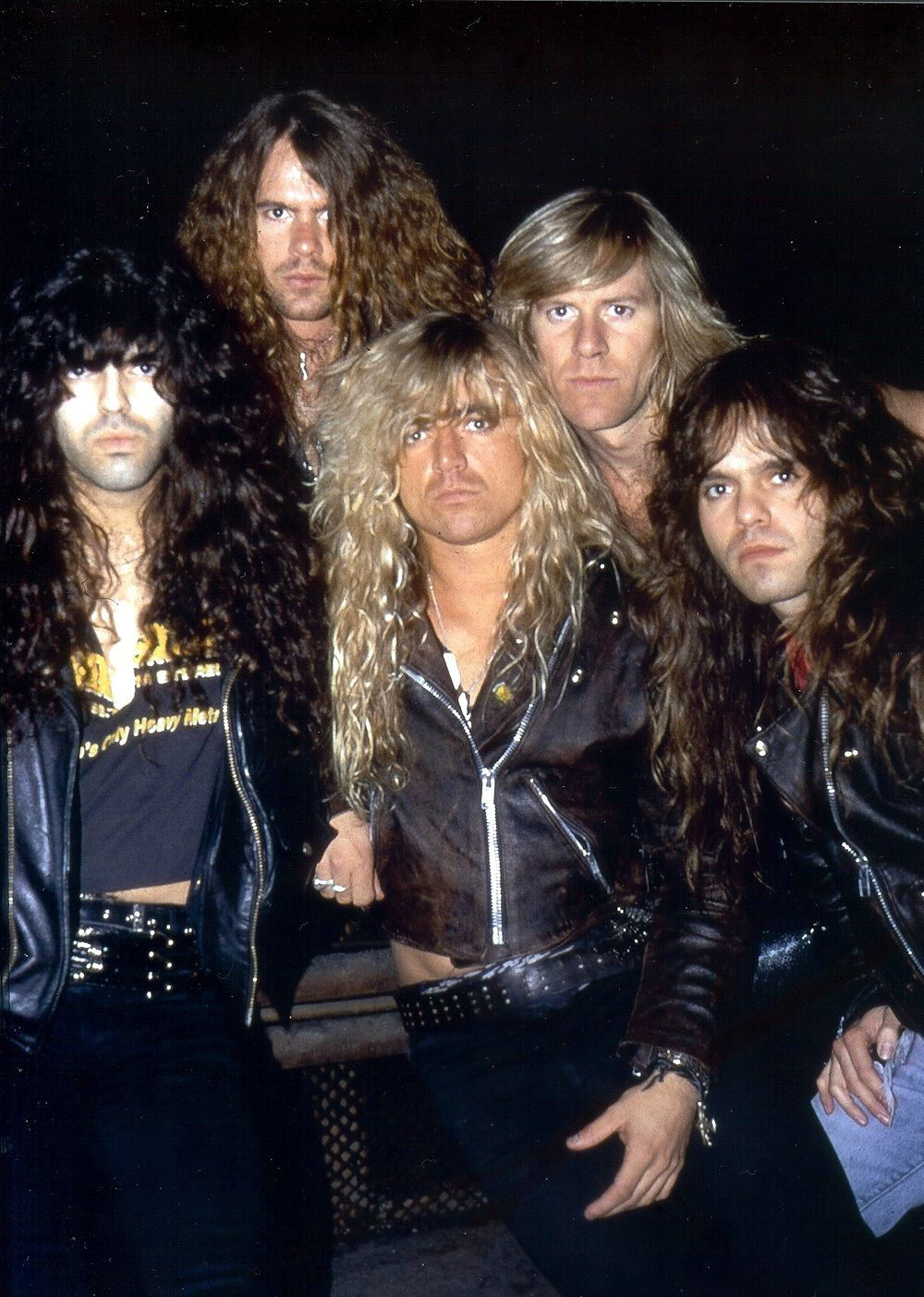 Did you play a hard edged, rugged, and more aggressive alternative to the sleaze steeped L.A. scene?

Yes. I believe we were about to release our third record which Geoff and I had been writing on the road and it was set to be heavier than anything we had released before and that material never saw the light of day as we were dropped before pre-production when Island sold their catalog.

In your opinion, did Street Ready see the band take a step forward to your more metallic roots with songs such as opener Wicked Ways, Take a Chance, Too Much, and the instrumental Black Knight?

Yes, I believe we were headed even further in that direction.

Is it an awesome collection of songs, ranging from the almost power metal of Wicked Ways, Take a Chance, and Too Much to catchy anthems as the title track, Hideaway, Thunder and Lonely Road?

Thank you! We just write what we write without picking a certain way and trying to fit in.

A music video was made for Hideaway; did it help you a lot to make the band’s name bigger? Was it on heavy rotation on MTV’s Headbanger’s Ball back in the day?

We wanted Thunder to be the video but we were happy to get what we could at the time.

Leatherwolf finally made their European live debut in the spring of 1989 with an appearance at the Aardschokdag in the Netherlands and opening slots for Japan’s Vow Wow and German metallers Zed Yago. Can you tell us more about this? How were you received by the European fans?

European fans recieved us much better than the States and we were grateful so this, yet we still didn’t pick up the tours we had hoped for.

What did fail the band getting bigger? You had great songs, an outstanding guitar team with the classic triple axe attack (the intro for the opening Wicked Ways speaks for itself), a powerful sound, a big label, and even a killer look. You should have been much bigger…

We have no idea… LOL

Were you perhaps too heavy for the hard rock/glam fans, but you weren’t extreme enough for the thrash metal followers? Your guess is as good as any. Did Street Ready stand the test of time and can be named an underground classic?

Carey, thanks a lot for your answers! Anything to add to the interview for the Hungarian readers?

We are in the midst of recording a record as we speak more to come. Geoff and I are back in the band writing. 5 songs are already completed.