Tulkas is a young band from Querétaro. They won the Mexican Metal Battle and got onto the stage of Wacken Open Air in 2016, released a killer thrash album Take the World last year, so I wondered who they are and what will be their next step. Bassist Guillermo Mendoza answered my questions.

I think Take the World is your best stuff so far. Are you satisfied with it?

Hell yeah! We put a lot of effort in this album, all the process of the album was demanding but we achieved the right sound we have been looking from the beginning.

I feel that bass guitar gets a particular role in your music. Is it a conscious decision?

Of course it is. As a bass player I want to break the thought that all the people have about us, being the boring members of a band, and just playing the roots. Besides metal I play and listen to a lot of funk and jazz, so I try to blend different kinds of music and techniques to get my own sound and make it unique.

In relation to you and other young bands people talk about the „new generation of thrash”. What do you think, when and who did this era new start with?

As living in Mexico, even with the huge amount of new bands discovered with the internet, it’s hard to listen to bands that are making good stuff in other countries, until they reach certain point in their careers. So we believe that in 2006 with the sound of Lazarus A.D. and Havok, they started a new way of playing the thrash metal we are influenced by.

What are the similarities and the differences between the Mexican and US metal scene?

The similar is the number of bands that make quality music and want to reach new horizons. And the huge difference is that if you don’t have the resources (money wise or music industry contacts) it is harder to make yourself being noticed by any record label, music festivals, managers and the audience in general.

What is your position in Mexico? Are you a popular, well-known metal band in your country?

Through the years of our career and after we played at Wacken Open Air 2016 we reach popularity among the top bands in the Mexican metal scene. This gave us the chance to play in three of the biggest festivals in Mexico, and touring as headliners twice around the country.

You won the Mexican Metal Battle in 2016. What kind of competition is it? Who can participate in it? How many metal bands took part in this contest?

It is the Wacken Open Air international competition. Anyone that has an independent band can participate in the contest. In 2016 there were almost 50 bands in the Metal Battle Mexico and 28 worldwide winner bands perform at Wacken Open Air that year. It’s a rough contest with a lot of amazing bands. 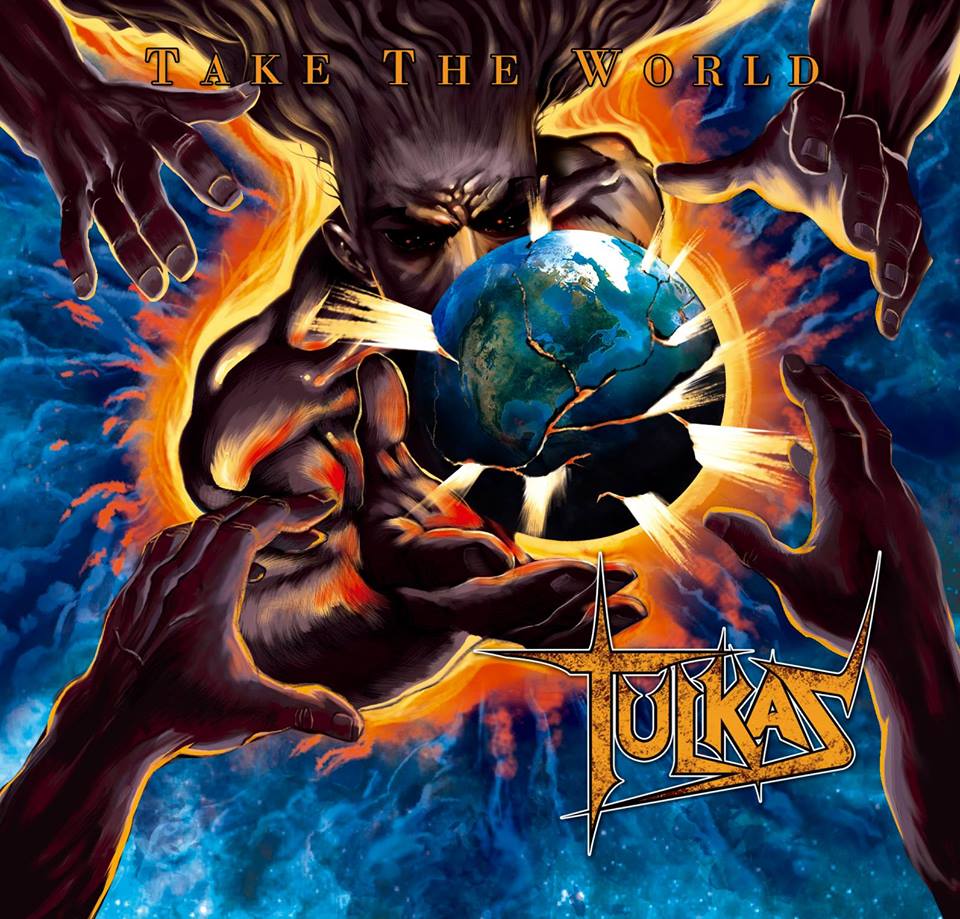 So you could get to Wacken Open Air festival as a performer in 2016, couldn’t you?

Yes. As the winner of Metal Battle Mexico.

Have you had more concerts in Europe yet?

The same year (2016) we played a gig in Berlin at the Blackland Bar.

You took the name Tulkas from Tolkien’s Silmarillion. He is a Vala, a demigod. Why did you choose this name?

We love Lord of the Rings and Tulkas’ character is a strong and powerful being that incites fear to the enemies but also creates joy to his allies.

Javier, your singer always wears white T-shirts. Why? Why doesn’t he wear black like the other metalheads? 🙂

To make a contrast between the other members of the band that wears black on stage. 🙂

I’m looking forward to your next album. Do you already have any new songs to it?

Not yet, but we are working on some ideas that late this year we could use for the next album.

Will the music(al direction) change compared to your last stuff? More or less of anything…

We finally got the sound we were looking in Take the World so you can expect a similar sound but we are constantly improving to get a more aggressive and technic thrash metal.

When is the album going to come out?

What are your last words in this interview? How could you recommend your music to the Hungarian thrashers?

First of all thanks for the space and the interest in our music! We think Hungarian metalheads will like Tulkas because we are the first Mexican metal band looking forward to make different and great things in the worldwide thrash metal.