Neverdawn is from Columbus (Ohio, US), a group with talented young guys who released their debut ‘Just Business’ a year ago. When I read that the second album is in full progress, I got in touch with singer/guitarist Tristan Woodruff to ask him about the band and the new stuff.

Tristan, first of all, congratulations on your debut album! You did a great job: it’s dynamic, youthful and professional. How many years did you work on it? When were the first songs born?

The band started in early 2016, with guitarist RJ Gilliland, myself, and another friend of ours from high school, and we started writing original material almost immediately, but it took a while to come up with something that we actually kept. I think we had all of ‘Just Business’ written and completed by early 2017, and took mostly the rest of the year to record and produce it.

Which song of the album characterizes principally what you do musically and who you are?

All of them show a little bit about myself in the end, I think, but mainly Sons of War and Line in the Sand. We like to identify ourselves as a band with Sons of War in mind, it’s a high-energy song, with classic influences and that’s what we’re all about. We take what we love about our favorite bands and put them into a melting pot that is Neverdawn, and we put our own spin on things.

The album came out just a year ago. Are you satisfied with the reflections of the media and the audience on the whole?

I have had very few people that have actually listened to the album tell me that they didn’t like it, so I’m happy in that aspect. As an independent artist, it’s incredibly harder to get your music in people’s ears in an oversaturated market, but I think we have learned from what mistakes were made post-’Just Business’, and we’ll be smarter when it comes to getting the music out there the next time around.

Where could you promote the album: did you have gigs only in US or abroad, too?

We promote all over the world, and I’ve actually been sending shirts and CDs overseas more often than not, really. France seems to be liking us at the moment, and we’d love to play outside of the US, given the opportunity. Anywhere that’ll have us, we’ll happily play.

The newest band member in Neverdawn is the drummer CJ Yacoub who joined you last December. How does your musical partnership work? Was he a good man to choose?

CJ was officially inducted in December, but we had actually been playing with him since September of 2017, and his first show with us was in October when we opened up for Angra. He has a vast knowledge of music theory that far surpasses RJ and myself, and so he’s already become very helpful when it comes to new music. CJ also has an incredible ability of complementing the rest of the music with what he’s playing on the drums, and he knows what fits and what doesn’t. He’s got an exceptional ear, and I can’t wait to see how he grows as he gets older. If there was one member of the band that I felt the most confident about, it’s CJ.

What does your band name mean for you? What kind of message is included?

‘Neverdawn’ as a name originally came to me in a dream. Very cliche, I know, but it’s true, I wish I had a better story for it. I think we’ve stuck with it because it’s a very easy name to remember, and it helped us find a fun theme, and our mascot Marcus being a werewolf, it all came together nicely. 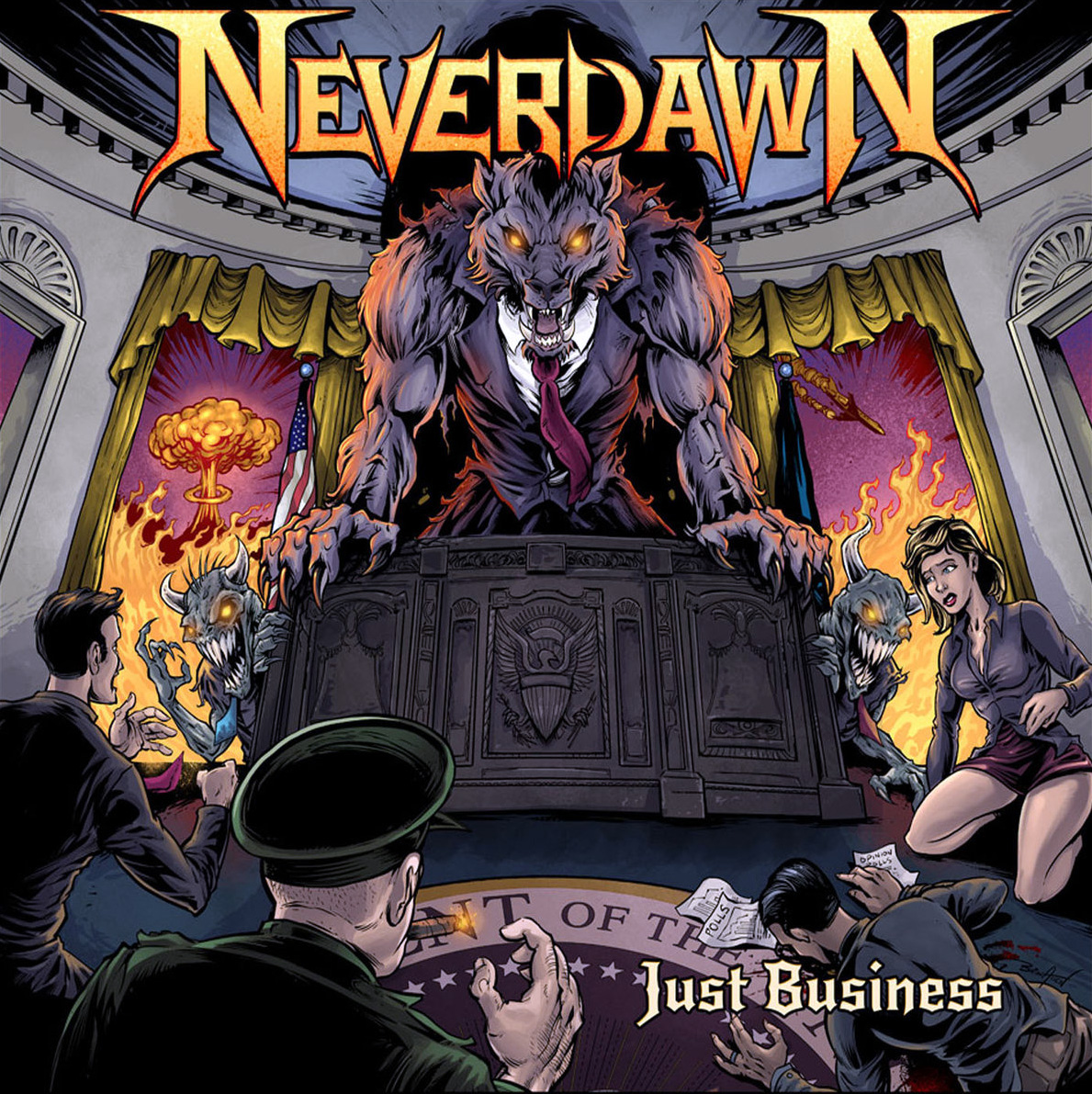 Which bands, musicians are your biggest idols?

Our influences are very varied throughout the band but the common ones between us are very much Iron Maiden, Metallica, and Megadeth, which shows on ‘Just Business’. If you were to get deeper, especially on the new album you’ll hear influences like Orden Ogan, Borealis, and even some Mustasch here and there. Personally, Bruce Dickinson and Freddie Mercury are the two voices on whose level I would like to eventually be, and so I’ve been working every day to reach that goal. As for guitar, I often approach new parts as “How would Adrian Smith, Dave Mustaine, or Seeb Levermann approach this?” I know RJ looks up to Kirk Hammett quite often, and he channels him really well, if you ask me. CJ listens to a very much different side of music than the rest of us, he really enjoys Panopticon and Mastodon, bands of that sort. It’s very progressive, very heavy, I can easily see why he loves it as a drummer. Troy Friesen, though he is the youngest member at just 16 years old, loves the old days of music. He loves anything Cliff Burton, Geddy Lee, Geezer Butler. Troy and I actually just listened to nothing but Rush yesterday when we were together.

I’m glad to see Mustasch and Volbeat among your favorite groups. I like them very much, too.

I’ve been listening to both Mustasch and Volbeat for a very long time. I hate to be the “I was listening to it before it was cool” guy, but I heard Volbeat when their first album came out, and they were just getting around. Mustasch has always been a not-so-guilty pleasure of mine. The vibes that Mustasch delivers are so unique, and very hard to compare to anyone else, and I love that about them. 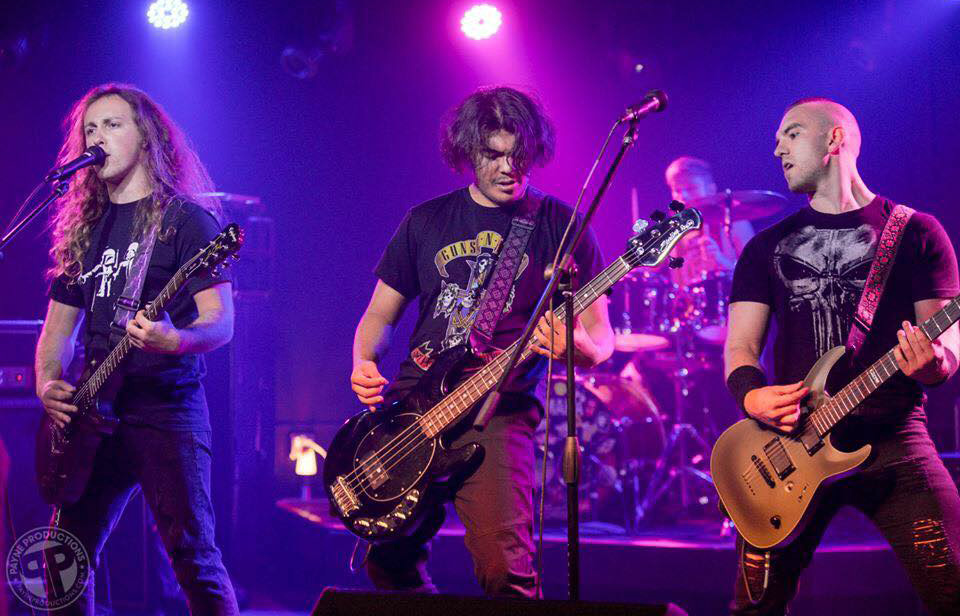 As I know, you already work on your second album Against the World. On which stage are you in this process and when is the stuff going to come out?

The album is written, and we’ve got it mostly done in the studio as well, just a few more vocal tracks and some leads to lay down, mixing, mastering, and then we’ll be planning out a roadmap in how we release it. We don’t have an official date yet, but we’ve been playing with the idea of close to this summer.

Will the musical direction change anyway or may we hear the same kind of music like on Just Business?

I like to describe the album as taking ‘Just Business’ and removing a bit of the Megadeth in it, and adding more Iron Maiden and Orden Ogan or Borealis in it. It packs more of a punch, in my opinion, and it’s the direction that the whole band feels comfortable in growing. If you liked ‘Just Business’, you’ll love ‘Against the World’.

RJ and you are the main songwriters in the band, as I suppose. How do you share the tasks: who brings the riffs, melodies, who writes the lyrics, who is responsible for the sound in the studio etc.?

Depends on the song, really. For this album and ‘Just Business’, I wrote pretty independently most of the entire album. RJ and I have a very good synergy, though, I can distinctly remember him sitting across from me, playing with a riff, and me taking that riff and rolling it out into an entire song. He’s incredible at coming up with an original part, and once I have that bit, I can run with it for miles. So far I write all the lyrics, and RJ has put in some ideas here and there, and input is always encouraged, because I like having Neverdawn be all of our sound, not just my sound. When we hit the studio, our producer Joe Viers does an excellent job in making us not sound terrible. We usually start with telling him an idea of tones, and mixes for the album, and he goes from there. He delivers, and I have yet to question any of his ways or methods. 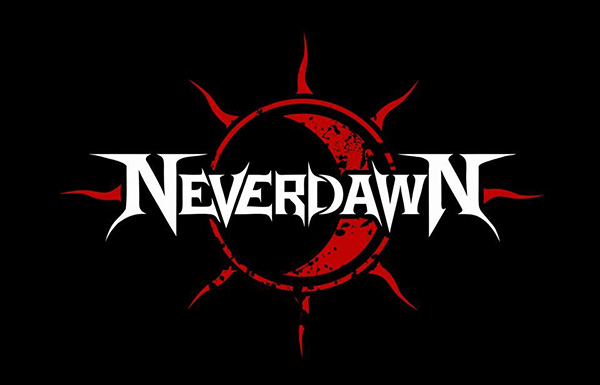 You released the first record independently. Are you planning to change this method with the second one?

Second album, same as the first. We played with the idea of trying to get the attention of some labels, and we might still do so, but as of now, the plan is to release independently again, but with a lot more planning and more intention to find our way out of the Midwest, and maybe the United States.

Since you don’t have a big record company behind you, do you have any chance to get to Europe and play gigs here?

We haven’t had the opportunity yet, though I know we would all absolutely love to get out to Europe or Asia or South America. I dream of playing the world, and especially Europe, personally. Without a label, it is difficult, and unfortunately I feel that we don’t have enough weight at the moment to get us out of the United States, but hopefully that changes soon.

What are your plans for this year above the new album?

Keep the train rolling, basically. We’ve built some momentum recently, and we’re doing our best to make sure that doesn’t slow down. We want to play a lot more shows this year than we did last year, and so far the year is looking pretty good with that. Ideally, this new album will come out swinging, knock some heads around, and get in the right ears, and we can move in leaps and bounds from there.

I wish you all the best! 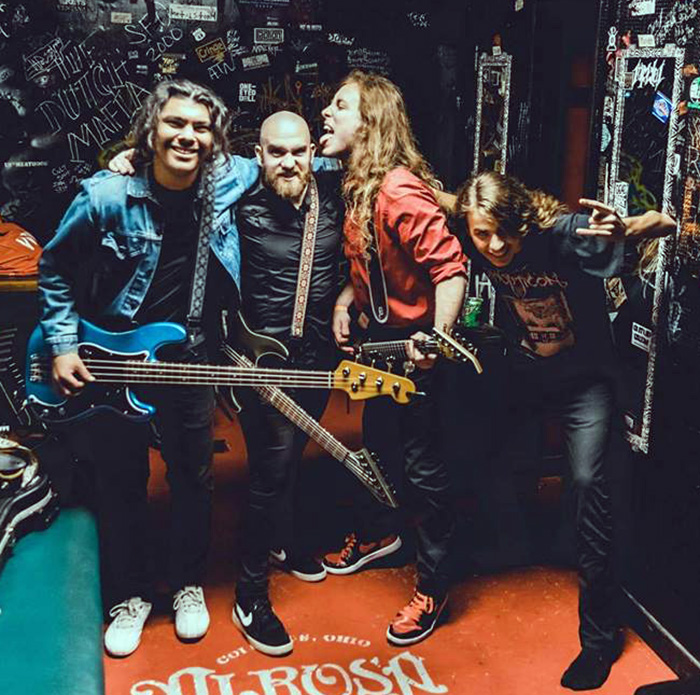