Gabriel Guardiola is about his band Immortal Guardian

Immortal Guardian is from South Texas, US and plays melodic power metal. Their latest stuff, Age of Revolution came out in September and has a pretty good chance to appear on my Top 10 list of 2018. I asked guitarist Gabriel “Guardian” Guardiola about their music, plans and his special skill…

Gabriel, please tell me about how the band was born!

The band was created by Cody Gilliland (our drummer) and I when we were in high school. We met each other in the third grade and started jamming together as kids but we didn’t get serious until about our high school years – then we started to call the band Immortal Guardian.

How did your singer, Carlos Zema come into view? He is Brazilian, as far as I know. Does he live in the U.S.?

So the entire band right now lives in Austin, but as of this month we are relocating to Las Vegas!
I saw Carlos first on YouTube singing with Outworld and I was completely blown away. Our manager Brett got in touch with him, got us together in a room and the rest is history!

How did you start to play music? Was guitar or keyboards (piano) your first instrument?

I started to play music thanks to my father, Servando Guardiola. He had been a drummer all his life and he got me and my siblings really into it. Originally I started as a drummer but so did my older brother, Waldo. When I wanted to be in a band with Waldo as a kid, it was obvious we both couldn’t be drummers, so since he is much better than me, he became the drummer and I just picked up the guitar instead, haha.

I read that you play on guitar and keyboards simultaneously. How does it work?

I play hammer ons and pull offs on guitar with some good gain on the guitar and a string dampener at the top to help with the excess ringing noise of using only one hand. And I play the keyboard just one handed. I trade back and forth and also play them at the same time. I’m so used to doing them together that when I rarely play a show with just one, I feel naked on stage, haha. I must have both with me no matter if it’s my project or others. It feels just right.

Immortal Guardian used to publish only EPs in the past (your first LP came out just now). Why?

I think that with the way the internet is today, and how fast things come and go, EPs are a much better way to release music. You can space out your music over longer periods of time rather than all at one. I don’t like to blow my load in one sitting but we are on a record label now, and releasing albums are the traditional way of doing things. I totally get it. But if it were up to me to change the industry, I‘d say EP’s all the way!

You play European-taste prog power metal. It’s quite unusual on the southern part of the U.S., isn’t it? How does this type of music come from you?

We are from South Texas, but we are also from the USA. The diverse amount of music we have here is endless. You can live in just about any part of the USA and here all the sounds of the world. I’m sure it’s like that in a lot of places too, thanks to the internet and our never ending search for new music. I always loved progressive power metal as a kid, so I feel it just comes naturally to write this music more than electronic music, rock, pop or anything else I’ve also done in my past. Metal is not what I do, it’s what I am.

Did your music – the style, the sound, the accents – change in the last few years?

Dramatically! I always love to make food analogies when it comes to explaining music. If you just eat pizza or chicken every day, you’re eventually going to get tired of it. Or you’re going to come up with 30 new dishes to make the chicken with. I see my music very similarly. I need to change constantly, it is just a bit to get new flavors and dynamics. I don’t want to eat the exact same thing for the rest of my life.

You call the music you play „super metal”. Why?

You can ask Chris Marchiel (formely of PowerGlove), haha. We opened up for PowerGlove back in like 2011 I believe, and after the show Chris came up to us and told us how much he liked our performance. That we had so many genres of metal crammed into one live set. He said you should call it Super Metal because of how many influences and metals your music has. We thought it was funny and it made total sense. So we decided to call our first EP Super Metal to let our fans know we aren’t scared of playing different styles of metal and trying something new. It’s funny how many years later I became very close friends with the PowerGlove dudes that I toured with them as their guitar player this summer for 7 weeks across North America!

Who writes the music and the lyrics in the band?

I write most of the instrumental music with Cody just groovin’ at home ‘til we feel something is just right. And as far as vocals go: Carlos writes a lot of the lyrics but our manager Brett and I team up a lot with Carlos to come up with some amazing ideas. I think the more songwriters in a band the better. It makes a greater variety of flavors being cooked. We like to play off each other’s ideas and see how we can make the best song as a whole rather than as individuals. At the end of the day, no matter whose idea it was, it gets changed up so much and gets better and better with more brains and hands on deck.

Which is/are your favorite song(s) from the album?

Personally my favorite song is Aeolian. Aside from the melodies and chords being so catchy to me, the lyrics really speak about the struggles of being a musician. Aka my life, haha. I love making music that I relate to so much and know that so many others that have heard it, relate to it, too.

How often do you play gigs?

As often as possible!!! We actually have a tour coming up with Marty Friedman across the USA from the ending of Jan to all of Feb! We cross our fingers to come to a city near you soon!!!

What was your biggest success on stage?

Awe man, there is too many to single out one. But my biggest success is honestly every show and moment of being in this band. The fact that I get to live full time off music and entertain people around the world for a living means so much to me. I’m very thankful for everyone that supports us and has gotten us this far. THANK YOU!!!

Please, tell me some big names (bands) that you already played with (as a warm-up band)!

Have you already performed in Europe?

We haven’t got to play in Europe YET! But we have played in Russia. I guess to some that would be considered Europe? I’m from Texas, haha. But the experience was absolutely amazing. We plan to play in Europe in 2019! 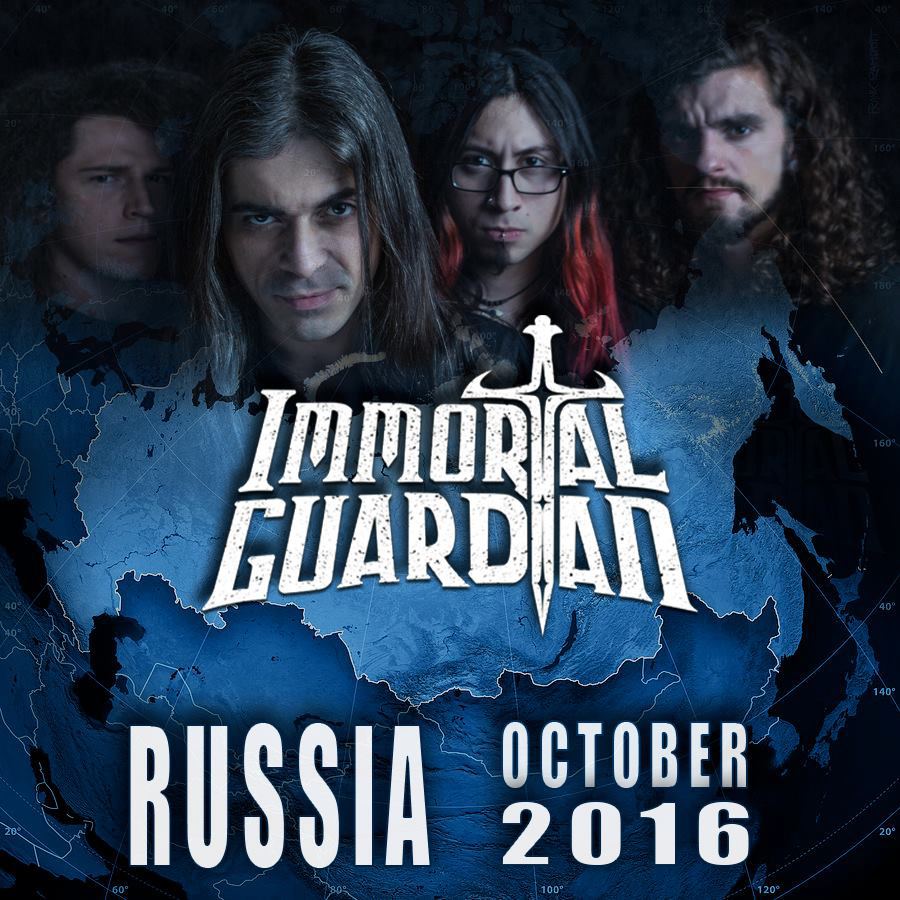 Does it mean that is there any chance to catch you in the close future in our continent?

You work with a quite small record company called M-Theory Audio. How can they support you?

M-Theory has been so good to us so far. They have awesome people working at the label and Marco Barbieri is the man! They are well connected in the metal industry, they have got our music to places we never could, and have been nothing but incredibly supportive of our music. That’s all I ask from a label and they’re kicking ass at it.

Do you wish to sign with a bigger label?

I’m pretty happy with M-Theory Audio right now, but you never know what the future holds…

What is the next step for the band?

We are going to start touring out and playing our new album Age of Revolution, and also start working on our next album for 2019! 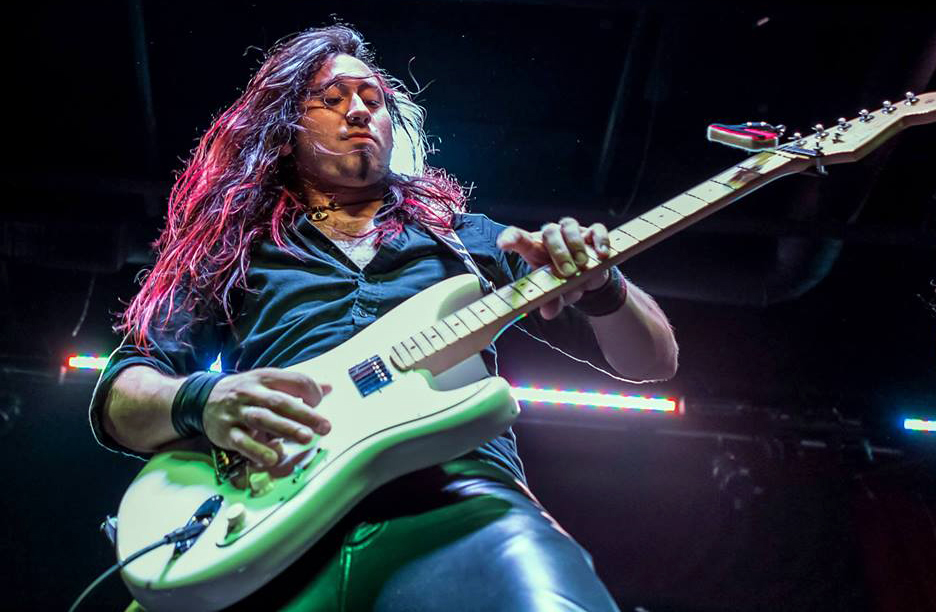 Do you already have musical ideas about the new album?

I already have pretty much all the songs written, it’s just a matter of organizing the fine details and recording it all in the studio. But I am really excited about the new sounds that I’m hearing.

How do you offer you music to those Hungarian metal fans who still doesn’t know it?

You can purchase our new album at our online web store:

Or from our label’s online store: