Guitarist Pete Blakk is about King Diamond’s Them album

After the demise of Mercyful Fate, singer King Diamond soon established his own solo band with his former bandmates, guitarist Michael Denner and bassist Timi Hansen. After two great records both of them decided to leave the band, so King had to search another musicians. Soon joined guitarist Pete Blakk and bassist Hal Patino the band, so the third album, Them was recorded with them. Because this masterpiece celebrates its 30th anniversary this year, Pete Blakk was so kind to answer my questions regarding the album.

My mother bought me my first guitar when I was 3.

What were your influences? Were you self taught or did you take any guitar lessons?

When did you start using your artist name Pete Blakk instead of Peter Jacobson?

Started out when we had our first band playing air guitar to Deep Purple. I was always in trouble and heavily into occult and black magic back then so my friends called me Blakk.

It seems, Trazer and Crystal Thanatus were the bands that you were involved in. Tell us, please, about these outfits!

Trazer probably one of the first metal bands in Sweden when noone was playing metal. Formed in 1976 as Explor then changed name to Trazer.

You also played in Geisha…

Yes I formed the band together with Yenz Cheyenne and Mikkey Dee.

You joined in 1987 the King Diamond Band to replace Michael Denner (prior to it Michael Moon helped out on the Abigail tour). Do you still remember that were you the first choice or were there auditioned other bassists as well?

Since I was the first guitarist asked to join King after the Mercyful Fate came back from US tour ’84. Mikkey joined but I turned it down unfortunately. I was asked 2 times again and finally I joined. I even helped King to get Andy (LaRocque) since we were friends back in Gothenburg. I also had a demand to join at that was that I could bring Hal with me from Geisha. Since he was my buddy and my favourite bass player.

In your opinion, did your musical experiences help you to fit in the band? Didn’t cause you any problem that you had to play more heavier music in the KDB compared to your earlier outfits?

Crystal Thanatus was way heavier than anything else, so no!

What were the reasons of Timi’s and Michael’s departure by the way?

I have no idea. 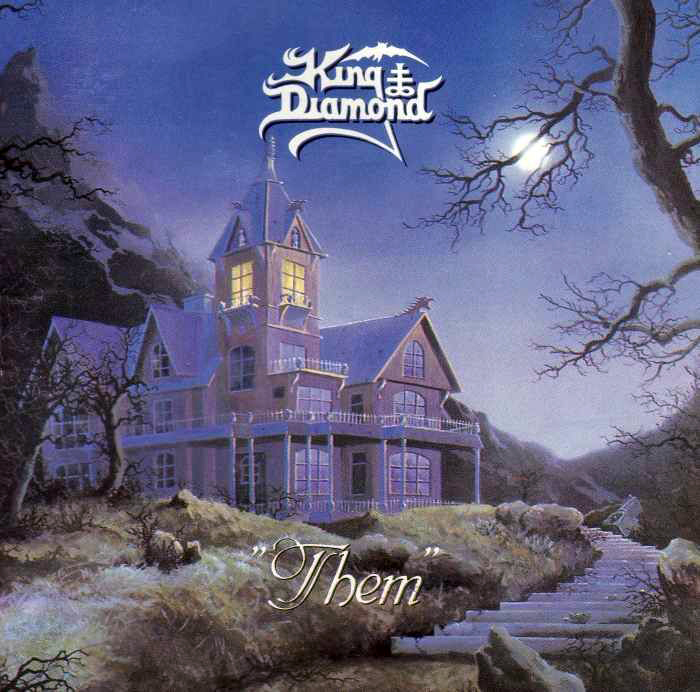 To which extent were you familiar with Mercyful Fate/King Diamond?

I was friend with Denner and we were hanging together in Copenhagen and partying so it was just us playing metal back then in Copenhagen.

At which point did you start writing the material for Them? Did you have a big hand in the songwriting process?

I didn’t write anything for Them. Just arranged and wrote all the lead guitar stuff and harmony with Andy.

You entered the M.M.C. Studio in Copenhagen. How did the recording sessions go? Why did you work this at the M.M.C. instead of Sound Track, where the previous albums were recorded?

Recording sessions where great. Great fun working with Roberto and me and Andy had alot of fun.

Would you say that the addition of the new members (you and Hal Patino) actually added a new dimension to the band and the result is another album that is simply perfect? 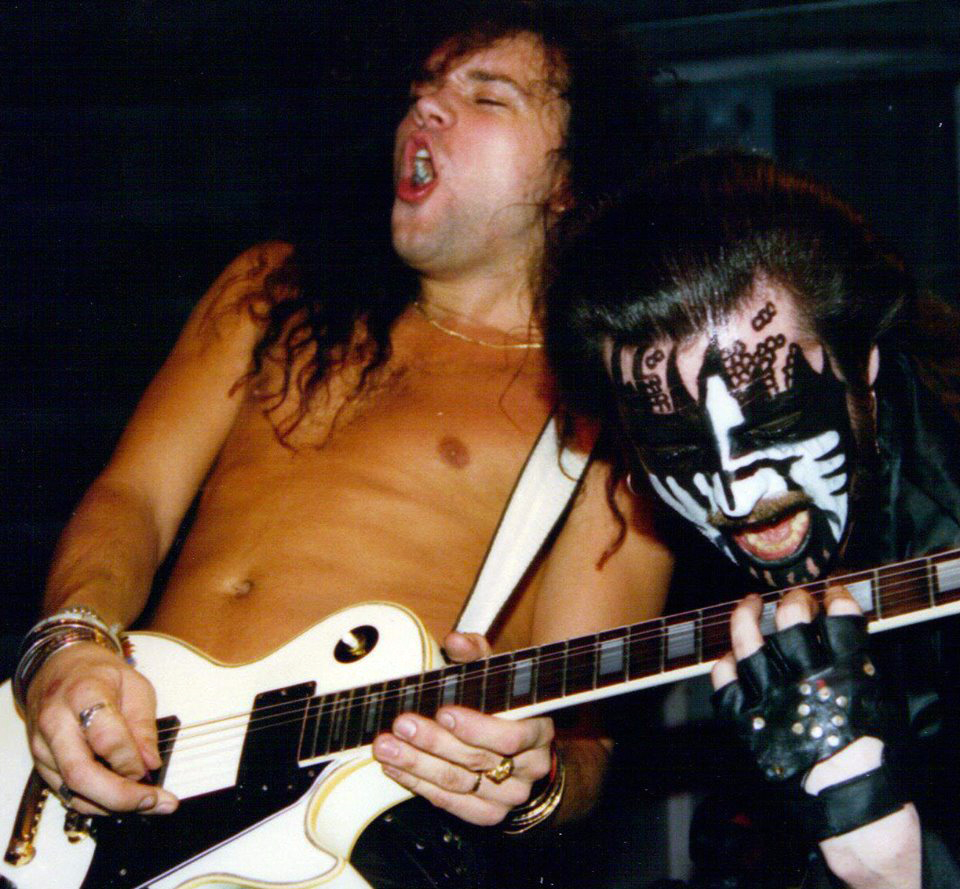 Like Denner and Hansen being a big part of the band’s sound on Fatal Portrait and Abigail, you and Hal add your own style and sound to Them, combining well with King Diamond’s powerful, dynamic, and intense vocals, Andy LaRocque’s neo-classical guitar playing and Mikey Dee’s pounding drumming…

Them is another concept album, but it differs from Abigail. Can you sum up us the whole story? Did you find it interesting?

King is a genious! He deserves way more recognition than he had. Those 2 albums Them and Conspiracy are just outstanding story telling and the lyrics still blow me away. I can actually appreciate it more today then back in the day… King is Number One!

Do you think that Andy LaRocque’s leads are a highlight of the album, almost always memorable and creating added dimensions to the songs?

No! Andy is a great guitarist. I think Andy and I did some amazing stuff. The trade offs and the harmony we did together were just awesome, we just had a lot of chemistry. And that’s why those albums stand out… 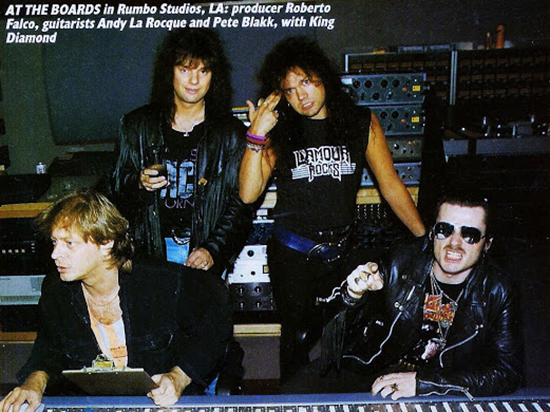 Did the songs have a magical aura about them that is charmingly capped off by the solid musical performances?

Yes, I think so. But the whole magic comes from King himself, he is the brain. But we had a chemistry that is and was rare.

In your opinion, are the songs themselves very memorable with great tracks like Welcome Home, The Invisible Guests, Tea, Bye, Bye Missy and Twilight Symphony?

A video was made for Welcome Home that received a good share of airplay on MTV as well as being used decades later (and lyrics from The Invisible Guests) in the comedy Clerks II (and was also featured in the 2009 video game Brütal Legend). Did it help a lot to promote the record?

I have no idea. But I know we were among the most requested videos on Headbangers Ball and MTV.

Was Them a big impact on King’s career not just in terms of critial acclaim and success, but also within the band?

What about touring situation? What were the shows/tours in support of the record and how did they go as a whole?

Then you performed on further two King Diamond releases. How would you describe the period that you spent in the band?

Awesome times wish I stayed in the band…

Pete, thanks a lot for your answers! Tell, please, your last thoughts for the Hungarian readers!

Hey guys! Diamond fans are the most dedicated on the planet and for that I salute you. You are the best… Stay Metal! Pete