San Francisco based band Trauma is known for that Cliff Burton (R.I.P.) left them to join Metallica back in the day. This legendary act was one of the originators of the Bay Area scene, they were featured on Metal Massacre II and with their debut record Such a Shame they managed to reach a cult status. Unfortunately they disbanded in 1985, but reformed in 2013. Everything else was answered by supercool, down to earth drummer Mr. Kris Gustofson.

Kris, is it correct that the band reformed in 2013 as Shrapnel Records asked you to support the reissue of the Scratch and Scream album? Would you name the album as an underground, cult, classic release?

Yes. Mike Varney thought it might be a good idea to see if Trauma could reform to play live shows. So we tried the original lineup that recorded Scratch and Scream. However logistically it was impossible due to other commitments and how far people lived. As far as a cult classic… I don’t know. What I do know is that the album was bootlegged for many years. I had seen many CD copies illegally sold.

Was it a kind of rebeginning of Trauma? Did Shrapnel motivate you to reform the band?

To a certain degree. Me and Don Hillier had talked to each other off and on over the years. I was always busy playing with many other people and had some success with what I was doing. Don was busy doing other projects as well. Going back to re-form Trauma was not at the top of the list. We really did not think Shrapnel was going to do a re-release of Scratch and Scream. Neither of us were really talking to any of the members from the past. We thought it would be fun and challenging to see what it would sound like. So we decided to give it a go since we realized how much fun it was to play the old music. 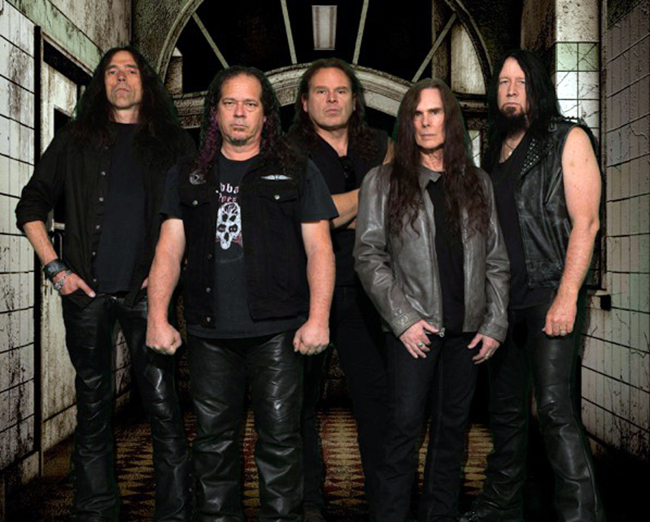 By the way, what did all of you do until the reformation? I mean, did all of you keep an eye on what’s going on in the metal scene, have you been involved in any outfits etc.?

Yes, I did pay attention to the metal scene. I’m not certain about anyone else. However we all did other projects. I played in St. Elmo’s Fire, Mechanizm, and a bunch of other bands that released records and toured. I played drums in Threat from Switzerland with Mark Kohler from Krokus and also in Moon Dog Mane with Frank Hannon from Tesla. And many others. Don recorded a few albums with Black Sunday Dream. The other members I really do not know if anyone did anything outside Trauma.

Why didn’t the old members, guitarists Michael Overton and Ross Alexander and bassist Lucas Advicula (or Glen Gordon) take part in the reformation? Didn’t they show any interest in Trauma or in the metal scene?

Yes, Very much so… When the band got together for the first time in many years it was less than stellar. You could tell who had been playing and who had not. Since myself and Don had been doing other projects and really never stopped, we realized this would take a TON of work. However once again no one could commit to the time it would take and also logistically it was very far for people to get together. We needed to hit this hard and really, me and Don were the only ones who could do it. It wasn’t meant to be with the guys from the past. 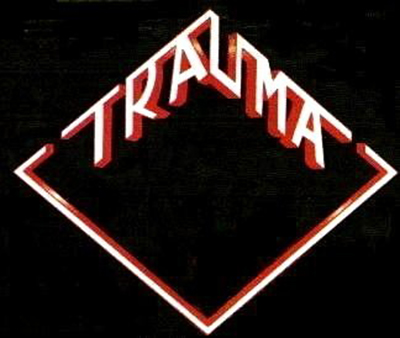 Your comeback was the awesome Rapture and Wrath album. How was it received as a whole? Were all of you satisfied with it?

Thanks for liking it! Trauma was gone for sooo long it took a while to decide how heavy we wanted the record to be. I was pushing for faster double bass drum tempo songs, while others wanted more mid tempo tracks. It was a toss up. However what came out was a record with different flavors per say. We did get many excellent reviews off the record and helped to put Trauma on the map a bit. However myself and Don knew that we would need to follow up this record with something a bit more that we couldn’t do with a one guitar lineup and with the lineup we had with Rapture and Wrath.

Did Pure Steel Records help you to promote the album? Did you get any label support?

Pure Steel Records is a good label. They make excellent product. However as far as promotion is concerned this is where you run into problems. Promotion campaigns cost money. If you have 20-30 releases in a 6 month time frame do the math… It is very expensive. We ended up hiring some outside PR firms. Pure Steel didn’t do much for support.

Were there any shows or tours in support of the record?

Yes, we played quite a few shows in the San Francisco Bay Area, and performed at the Headbangers Open Air Fest in Germany. That was much fun and we met many awesome musicians from many other bands from around the globe.

Last year Greg Chirstian joined on bass and Joe Fraulob on guitars the band. How did they get in the picture exactly? What kind of reasons are behind the lineup changes?

The lineup from Rapture and Wrath were replaced. The guitarist Kurt Fry and bassist Marcel Eaton had other commitments and me and Donny Hillier wanted to also go in a different direction with the band. We also wanted Trauma to be a two guitar band again as it once was. Steve Robello came back in on guitar. Steve knew of Joe Fraulob. We had a jam and instantly knew he was the guy. Next was bass. Greg Christian happened to be available and our manager along with Steve Robello brought him in. It was a perfect fit.

At which point did you start working on the new material? Did Greg and Joe also have a hand in the songwriting?

Yes. When the new lineup came about we played some low key gigs to see how it would go. Soon after we started on coming up with material for the new album. Joe and Greg had some archived material from the past. Joe wrote most of the material along with Greg and Steve Robello. However we all interject our ideas into the songs to bring them to life.

How did the recording sessions go? How much time did you spend in the studio?

Great!! We had pre-production first that took place at The Dungeon studio that Joe owns. All tracks were demoed first so we all had something to listen to. Then we went into the studio to cut the drums. It took me three days to complete the drum tracks. the whole over all process is hard to figure out since there was time in between. Maybe all in all recording mixing, mastering total time 3-4 weeks. 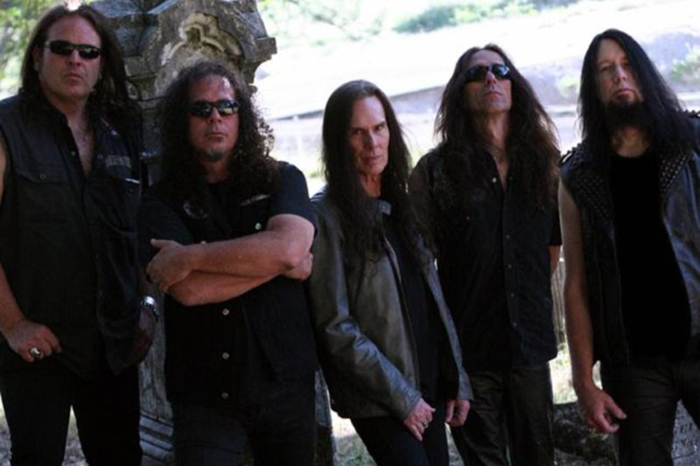 What are the similarities and differences between Rapture and Wrath and the new album?

What we wanted for this record was faster tempo songs with some interesting twists and turns. Rapture and Wrath to me was a Hard Rock album than Metal. We needed to get back to the two guitar lineup which we did. We tried to make certain that As The World Dies was going to have the Trauma sound as much as possible without trying to sound like something that has already been done. Rapture and Wrath was more a album to see wether or not it would be worth it to continue on…

Could you give us any details regarding the new record?

Let’s see. It is being promoted by The Orchard/Sony music. We have several PR firms handling the promotion of the album. It entered US charts and got to #13.

Did you have any songs written, that didn’t make up on the album, by the way?

Yes, There were 3-4 tracks that we will use in the future along with a Dio song (Die Young) we recorded.

Donny’s voice is very reminiscent of Bruce Dickinson, do you agree with this?

I tend to say, that As the World Dies became heavier, faster than its predecessor, one of the best releases of 2018…

The album was released by The Orchard. What about this label as a whole?

We had the opportunity to start our own record label through The Orchard. It’s called Rivet Records. We signed a worldwide distribution deal with them for the label. The Orchard is owned by Sony music. If you didn’t know this, The Orchard/Sony music is the distributor for SPV music, Nuclear Blast, Frontiers and many others. In the future we will entertain the idea of building the catalog with other bands. We are considering some for new releases right now.

Did you get a better offer? Do they do more for the band than Pure Steel did? Are they more supportive of Trauma?

Yes. It’s our own label with the ability to do many things with it since it goes through Sony music.

As many as we can record and have the inspiration for writing, recording and releasing quality works.

Do you have any headliner shows or festival appearances in mind? Do you perhaps plan to do a European tour?

Absolutely. We are working on dates for Europe. We just did a short 9 day tour of the East Coast. It went very well. We hope to get over to Europe soon. We all love playing in Europe since the fans “GET” what we are trying to do, more than here in the US. Hopefully soon… I’ll keep you posted

Kris, thanks a lot for your answers! Please share your final thoughts for the Hungarian readers!

Final thoughts… Trauma’s As The World Dies was recorded for fans of true Heavy Metal. If you spent the time to read my answers to all the questions, a big THANK YOU! goes out to you. We couldn’t do any of this without the support of the fans that love Metal. Horns Up!!! I hope to see Hungary soon…