Black Fast is an American thrash band from St. Louis, Missouri. Their brand new album Spectre of Ruin got full marks on Rattle Inc. page (by me). Now the guys talk about their background, band name and plans.

Since your band is relatively new to our readers, could you say a few words about Black Fast and the members as an introduction?

We are from small towns in Illinois, USA. As an entity we occupy a fictional clubhouse in the minor hamlet of St. Louis, Missouri. We met as young musicians in a small college town pursuing other people to jam with and parties to attend.

Missouri is not a stronghold for thrash I guess. Or am I wrong?

The St. Louis metal scene is rad and prolific. There are so many great bands making killer records and actively touring. Check out The Gorge, Hell Night, The Lion’s Daughter and Fister, just to name a few.

Why did you choose the name Black Fast? Is there a story behind it?

When I was a kid I heard about how a priest would fast before performing an exorcism, and such an arcane fast was called a black fast. I thought it would be a cool name for a heavy metal band someday. We had been playing shows with no band name. We’d just show up and play, but we got a proper gig and needed one so I just said: „Hey, how about Black Fast?”

Could you list a few bands that mainly influenced you?

Your new album got 5 out of points in our fanzine, and I described your music as the American version of such European thrash gods as Kreator or Arch Enemy. Would you agree with me?

We hear that Kreator comparison quite a lot and we are totally fine with that. Kreator rules! 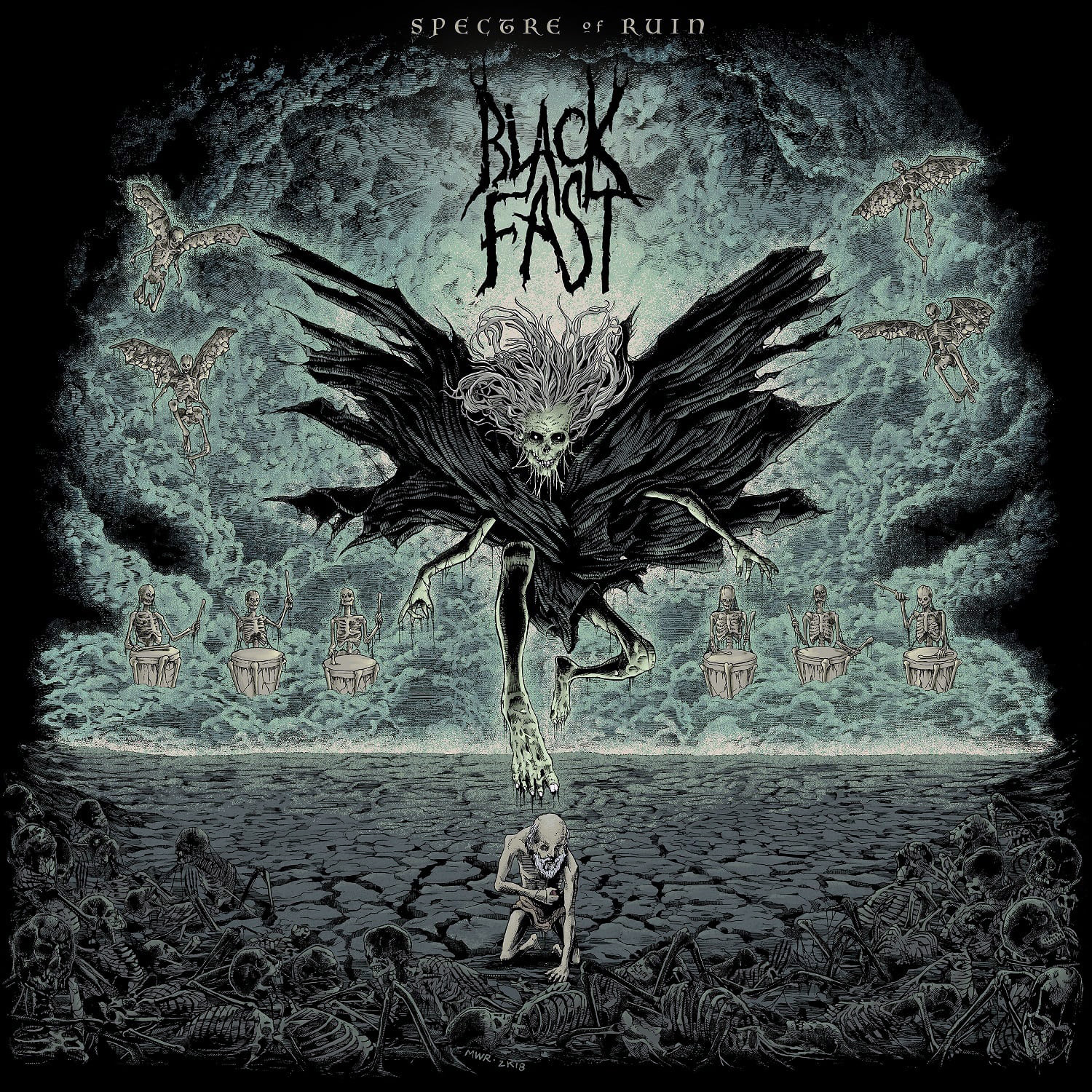 What was the concept behind the new album? It is pretty different from everything you did before and I was shocked by the raw energy of all the songs.

Thanks! There is no formula to our music or band that we try to emulate. Our sound truly is the sound of us going into a room and grinding out music that we are proud of. Lyrically, I try to paint an image of despair in general.

I don’t see any tour dates on your website. Do you have any plans on touring? Any plans to visit Europe? I would loooooove to see you guys on stage with the new album! 🙂

Yes, and we can’t wait to play our songs on a different continent. If you are a venue or promoter and you’re reading this, get in touch with our agent!

We plan to tour our dicks off and go play our songs on a different continent.