Mike Amott’s melodic death metal band Arch Enemy is currently on a bigger European Tour, but his stoner/hard rock group Spiritual Beggars is on hold for two years. I could get the Swedish guitarist for a short interview between two gigs. We talked not just about the two mentioned band but about songwriting, rehearsals, other projects and his future plans, too.

Arch Enemy’s Will to Power Tour started in Europe on the 1st of June. What kind of experiences have you got since then? What was the audience like?

Well, the tour started last year but this summer tour has been just great so far, we are very impressed!

Last time you visited Hungary in 2017. Have you got any offers from the Hungarian promoters recently?

No, but we hope to come back soon again!

I saw a picture on your Instagram, on which you hold a Pokolgép CD in your hand. It was the very first official heavy metal album in Hungary, published in 1986. What is your story about it?

It was probably a vinyl LP. I have all their early LPs… also Ossian records. I collect Heavy Metal vinyls from all over the world and a lot of 80’s Hungarian Heavy Metal is truly amazing. Gép, Gép, Pokolgép!

Arch Enemy’s singer Alissa White-Gluz is Canadian and guitarist Jeff Loomis is from the U.S. How/how often can you arrange the common rehearsals?

We rehearse before most tours for a day or two. Everyone comes in prepared and it’s been working well for us.

Is that true that your rehearsal room is in Frankfurt? Why? Because of transatlantic flights? 🙂

Have you and Jeff already had any possibility to write music together?

We’re focusing on the shows for now. I usually compose the Arch Enemy music at home when I am in a more calm environment anyway.

Is ex-Arch Enemy’s singer Angela Gossow really your manager? What’s her job: to organize concerts and/or manage the promotion?

She is indeed our business manager since 2008 and she deals with a lot of different aspects of the Arch Enemy business…like any band manager does.

Many fans like Alissa’s melodic singing in Reason to Believe. Is this kind of vocals going to take place on the next AE albums?

I’m glad that the Reason to Believe had a good impact on the fans. I don’t know if we will have more of this atmosphere on the next album, it’s too early to say. 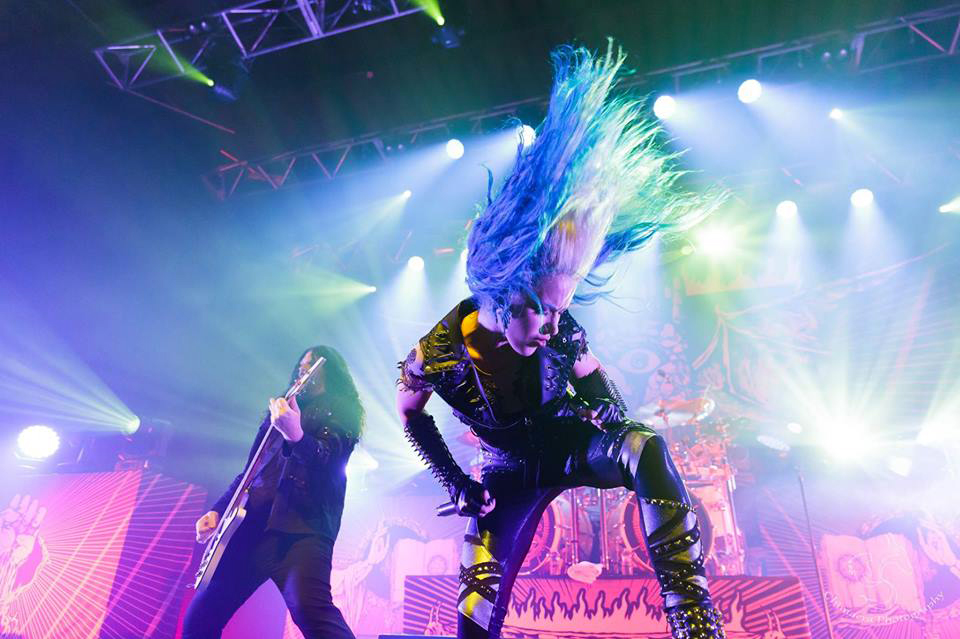 Do I see well that Spiritual Beggars has been on hold since 2016?

Have you had any gigs with SB since then?

Are you planning a new Spiritual Beggars album in the close future?

No, no plans for that at the moment.

We got to know SB as a stoner band in the 90’s. I feel a change of direction between Return to Zero and Earth Blues album musically: you seemed to turn back to your roots, to classical hard rock music. Do you agree? If yes, why did you decide to go on this way?

I agree, but I don’t know why that happened… It was not a forced evolution. Everything with Spiritual Beggars is very organic and natural – we just let the music happen and what comes out is what it will be.

Was it all related to the arrival of your (then) new singer, Apollo Papathanasio?

That could be one of the reasons… He has different voice that lends itself to classic Hard Rock.

Are you going to follow this direction in the future?

Although not with the same intensity, but you operate two bands at the same time. Do the ideas, hard rock and death metal themes come parallel and you must sort them or do you deal with them separately, periodically?

The flow of ideas I have is something I can’t really control, so it’s more like a situation where I just create whatever and then I sort it out and organize it later!

Have you ever felt any overlap between them: for example when a classical hard rock element appeared on an Arch Enemy album?

Sure, that kind of overlap happens. Arch Enemy has always had a lot of traditional Hard Rock/Heavy Metal influences from the first album onwards.

Are you planning to continue Black Earth project (where the founders of Arch Enemy – you and your brother Chris, singer John Liiva and drummer Daniel Erlandsson plus present bass player Sharlee D’Angelo – went on a Japanese tour and played songs just from the first three AE albums)? If yes, when? If no, why?

We might do that if we feel that it would be fun! No time schedule planned for that. 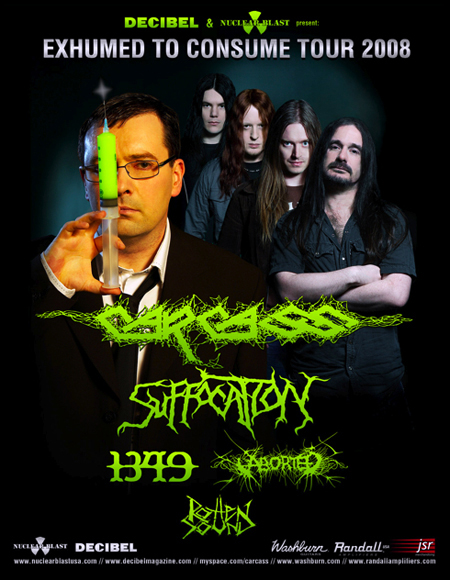 Another reunion happened in 2008-2010, when Daniel (Erlandsson, AE’s drummer) and you joined Carcass and played tours together with Jeff Walker and Bill Steer. Is there any possibility for concerts like those in the future?

I very much doubt that will happen again, but I’m not against playing with them at all.

Is there anything else that you would like to share with the Hungarian metal fans about your bands or your plans?

We love playing in Hungary with Arch Enemy. We wish to thank the Hungarian fans for the strong support. We hope to return soon for concerts!

Michael, thank you for your answers! I wish you every success with this tour and great Arch Enemy and Spiritual Beggars albums for you and us! 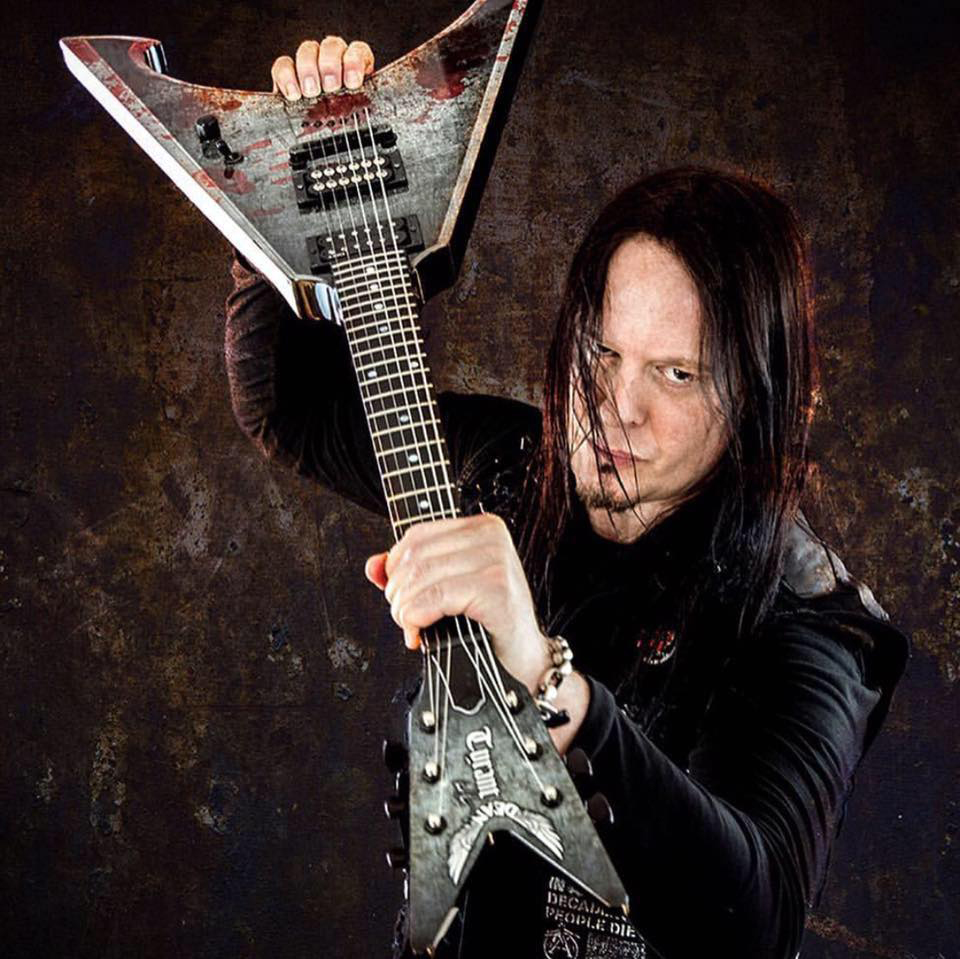