Death metal reached its peak during the early 90’s, but the German acts didn’t play a great role in that movement. Early Atrocity, Fleshcrawl, Dark Millennium and Morgoth were the most known German bands on that scene back in the day. Undoubtely Morgoth was the most popular among them, their debut effort Cursed is one of the best death metal records of all time. But this time former singer Marc Grewe and guitarist Harald Busse told about their second album Odium, because of its 25th anniversary this year.

László Dávid: So guys, this feature is about the Odium record, that was released 25 years ago. Are you ready to answer my questions?

Marc Grewe: Yes, of course… It´s quite a long time ago, but I hope I can recall things. 🙂

L. D.: During the 80’s the German metal scene was known about the thrash acts. When you formed the band was your goal to play more brutal, intense music?

Harald Busse: That was indeed our intention. In the mid 80’s thrash metal was the hardest stuff that was available in Germany. But we wanted to create something more brutal and more intense. Because the term „death Metal” was not established back then, our first demo Pits Of Utumno was released under the term „ultra thrash”.

M. G.: We all loved the thrash stuff aswell, but we were always interested in stuff that was getting more extreme and brutal, that was the way we wanted to develope the band as well.

L. D.: The group was established in 1985 under the moniker of Exterminator, then you changed to Cadaverous Smell, then Minas Morgul and finally to Morgoth. Since all of you were the lovers of J.R.R. Tolkien’s Lord of the Rings and you chose the name after the nickname of Melkor, the renegade and evil Ainu, the great enemy. Is that correct?

L. D.: The band was formed by Marc Grewe bass/vocals, Rüdiger Hennecke drums, Carsten Otterbach, but Harald joined only two years later. Do you still remember how did you get together? What about your musical background? Was Exterminator/Minas Morgul the very first act that you were involved in?

H. B.: That’s not entirely correct. The original founders were Rüdiger and Carsten. Marc and me were classmates and we joined the band together around ’87 at the same time, shortly before the name was changed from Minas Morgul to Morgoth. I had a quite solid musical backround because I played piano for almost 10 years at that time, so I took over the guitar. Marc has not played any instruments, so he was forced to play the bass and to take over the vocals, haha! We all haven’t been in other bands before.

M. G.: We all were only kids in our hometown who listened to metal so it was obvious that we had to find each other. For me it was the first real band. Before that, Harry, a friend and I were abusing trash cans and totally shitty guitars to make some noise, but you can´t actually speak of a „band” it was more or less noise, hehe!

L. D.: How about your influences?

H. B.: In the beginning, Marc and me were more into classic heavy metal like Iron Maiden or Black Sabbath. Rüdiger and Carsten had already contact to more extreme stuff like Venom, Possessed, or Celtic Frost. Over the years, Morgoth was always embossed by the different musical influences from each band member. I think this was (and still is) a strength of the band and a reason for Morgoth to create a very unique sound.

M. G.: Well, anything started in 1981 or so… I always liked the bands that I heard on the radio, that had something with an electric guitar in it. So the first ever album I bought myself was the first Iron Maiden, because I was fascinated by the cover. I was blown away by the music, when I first heard it.. So all started from there and went on quickly…. Everything changed after that. Besides that, I was also interested in some punk stuff or even Depeche Mode or The Cure… some darker wave-stuff that a school friend played to me… All in all you can say, it was the more „outsider music” that interested me…

L. D.: Were all of you involved in the fanzine/tapetrading network?

H. B.: Yes, but it was Rüdiger and espacially Carsten who did the main work at that time.

M. G.: Well, only after we had our first demo out in 1987/88… Before that we didn´t have anything to trade haha! But yes, after that the whole thing started to happen and it was of course great to get in touch with other people who shared the same passion. Before that, we didn´t really know anybody, because we came from a kind of isolated country part of Germany back then…

L. D.: You released the Pits of Utumno demo back in 1988; do you still remember how was it recorded? Did you have any studio experiences at this point?

H. B.: We had no studio experience at all at that time. We recorded our first demo in our rehearsal room, which was situated in a former office room directly above a slaughter house (!) and mixed it on an 8 track desk at home in Marc’s child’s room. We had a good friend (Dirk Draeger) who became the producer of all our following stuff. He had an own band and he had all the knowledge we needed. It was him who was responsible for producing, recording and mixing and we are still very thankful that we had him by our side.

M. G.: Of course we had never recorded anything „professionaly” before… Only on shitty tape recorders, so POU was a really big thing for us back then. 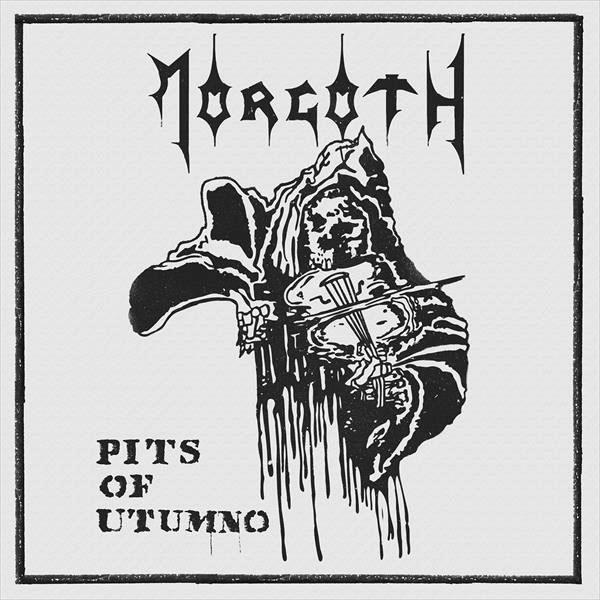 L. D.: Was it heavily spread around in the underground scene?

H. B.: Yes. Back then, we sent the demo to every fanzine and tape trader we knew. We received some good critics and more and more people became aware of us.

M. G.: I remember that we traded a lot with people from Eastern Europe who sent us vodka to get a tape… Crazy times!

L. D.: Was this the tape that lead the band being signed by Century Media Records? Were there still any other labels interest in the band?

H. B.: Yes, it was. We knew Robert Kampf from Century Media. He was the singer in the band Despair at that time and we knew that he was just about to found a record company. So we sent our demo to Robert. He liked it a lot and he asked us to do a second demo with the intention to improve our technical skills and to solidify our own style. This second demo was titled Resurrection Absurd and later it was re-released as an EP at Century Media Records.

M. G.: We sent it out to all the labels we knew back then, but they did not even write us back, probably it was just noise for their ears… Only Robert Kampf of CM was interested and came to visit us in our rehearsal room. CM wasn´t a label back then, he just released his own band Despair in a DIY thing… But he wanted to get CM going as a real label, so he was the only one who already saw the potential of a growing death metal scene…

L. D.: After two EP released, but before the Cursed album you did a tour with Demolition Hammer and Obituary. How did it go as a whole? What do you recall of the Budapest show particularly?

H. B.: The tour was killer! Almost every show was sold out and we had a really friendly relationship to the guys from Demolition Hammer and Obituary. The show in Budapest was absolute amazing and although I have forgotten many things, I can still remember this show very well. We played in the Petőfi Csarnok and the people freaked out completely. When we finished our gig, we had a signing session, not knowning that this would be probably the longest signing session in our life. There was a long queue, hundreds and hundreds of meters and we signed every imaginable piece of clothes (and every imaginable bodypart :-)) for hours, ’till our fingers hurt… Absolutlely unbelievable.

M. G.: Oh, that tour was great..!!! It was the first tour we did in a real bus and for the two other bands it was the first European tour they ever did, so everything was new and exciting. All the bands got along really really great, and the crowds were just hungry for death metal, so it was really excellent… I remember the show in the Petőfi Csarnok, it was an open air place, with crazy people. I really enjoyed that show, it was a highlight of that tour, as it was the only open air concert.

L. D.: In your opinion, was Cursed a successfuly material that helped the band a lot to expand its fanbase?

H. B.: Absolutely. It was a milestone for the developement of the band. Everything we have worked on the years before, was fully expressed on this album for the first time. Both technically and musically, we reached a new level with Cursed. We received very good critics, the album sold really well and we also made a name for ourselves internationally.

M. G.: Absolutely, I guess it was the perfect time for this album. This stuff is still the most „legendary” album in the bands history and opened some doors.

L. D.: Did Sebastian Swart join the band for that Marc can concentrate on the vocal duties? What about the musical past of Sebastian?

H. B.: Yes. One day Marc told us that he wanted to give up playing bass to concentrate hundred percent on his vocals. At that time, Sebastian played guitar in Dark Millenium. He lived in the same area like us, and some day I asked Sebastian if he could imagine, playing the bass in Morgoth. The rest is history.

M. G.: He joined in December 1991 after we recorded the Cursed album.