The Evil released its eponymous debut album this summer. I contacted the enigmatic Brazilian doom metal band to unveil some of their secrets. Singer Miss Aileen and guitarist Iossif answered my questions.

Rattle Inc.: When and how was the band founded?

Iossif: The Evil was created in 2012. I met Miss Aileen at a gig in Belo Horizonte and talked to her about my desire to start an EVIL DOOM METAL band with a girl as a singer, who could do horrible, creepy and – at the same time – beautiful voice. She sang one or two Black Sabbath songs to me and it was that: she was the VOICE OF EVIL!!!!! So we started to look for a bass player and a drummer… After some ins and outs we met two lost souls who got into the boat with us through the Styx river… So the band started to make real progress in 2015.

Miss Aileen: Me and Iossif met each other in April of 2012. A friend of mine asked me to sing N.I.B., I did that and Iossif said: “Hey, you will be the singer of my doom project!”. After that we drank a couple of beers and were talking ‘til the morning. It began as a project and in the 7th of September 2012 we composed Silver Razor. 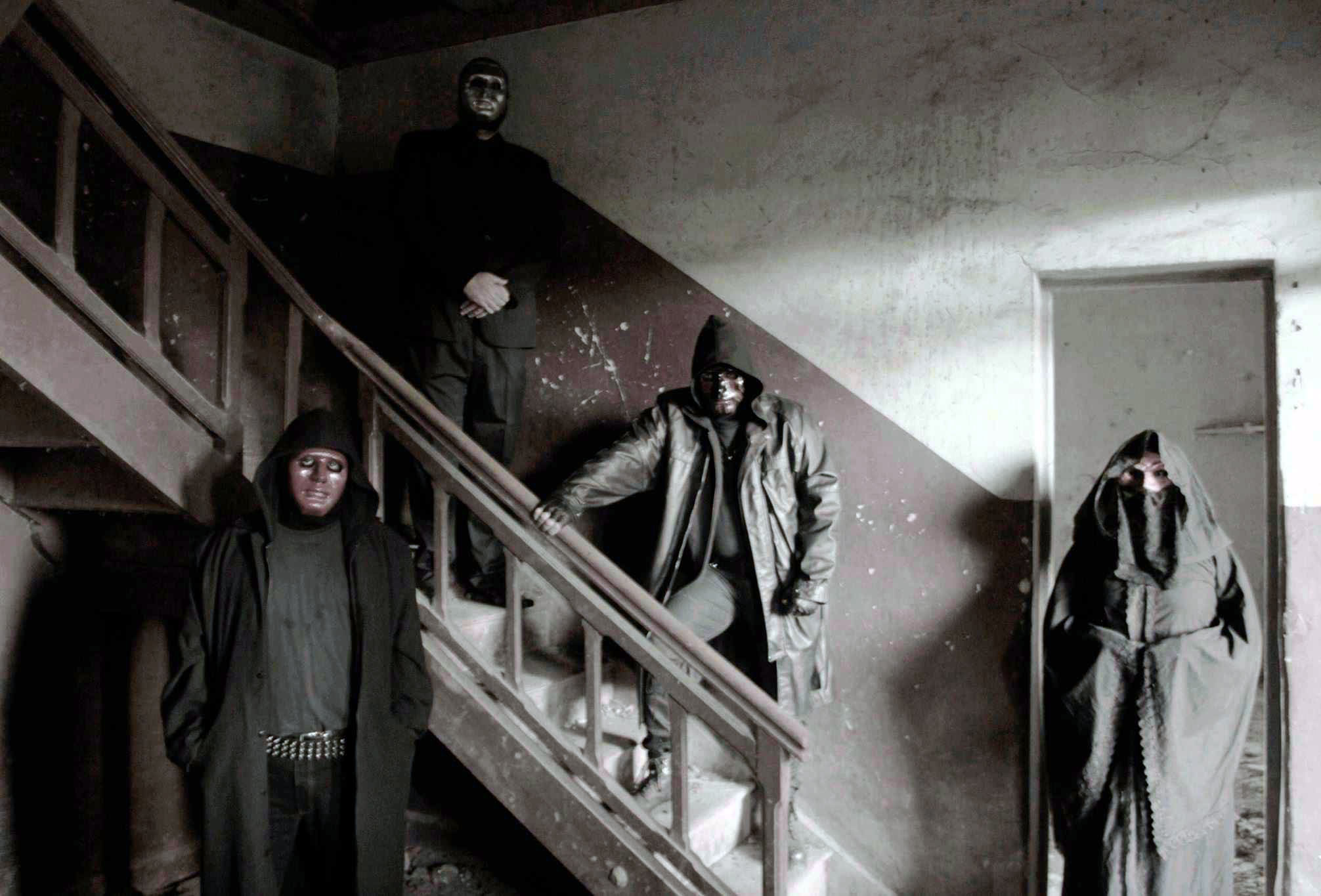 Rattle Inc.: I didn’t find too much information about the band. You wear masks on stage and on the „official” photos. Is this mysteriousness part of your image or does it have another reason?

Iossif: Yes, our sound and image and proposal deals with the occult and mystery, so this is the way we will ever look. Like faces that represent the nothing and emptyness of our souls in a world rotting and falling apart.

Rattle Inc.: Why do you use pseudonyms?

Iossif: Our real names and identity doesn’t matter. Our music and message of desolation and arrival of the Apocalypse is the real thing that we want to be known about us.

Rattle Inc.: What’s your goal with your music: local or international success? Doesn’t this hiding image make more difficult to reach these?

Iossif: Success is for pop rock bands… We have nothing to do with success… Our music will be always UNDERGROUND and HEAVY AS FUCK!!! If people doesn’t like our message of misfortune and despair that’s OK for us… But if they like it, it’s a signal that the Doom has come… ha-ha-ha! 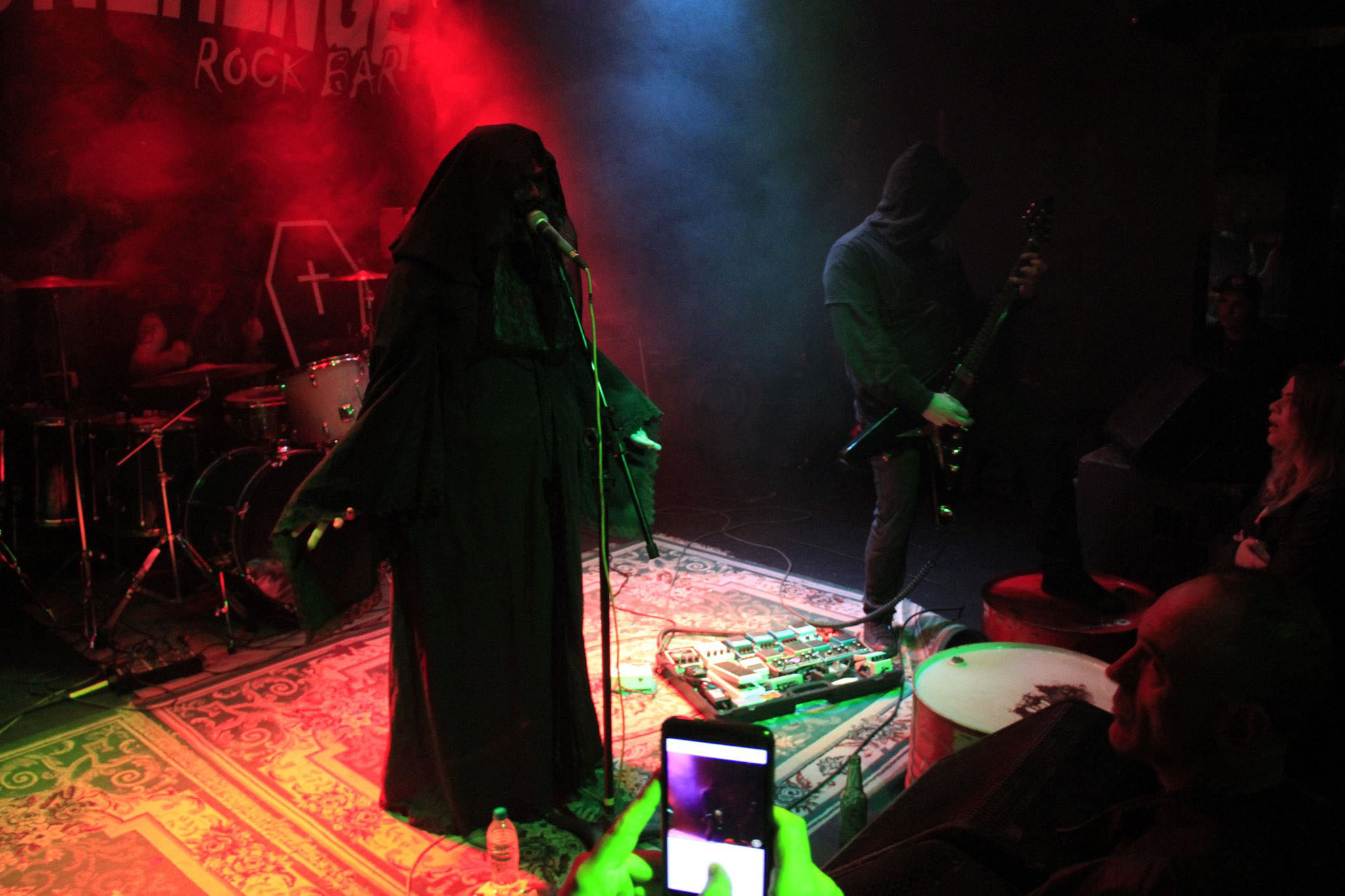 Rattle Inc.: Miss Aileen, you have a very powerful voice. Where did you sing before The Evil?

Miss Aileen: Well done, that’s difficult to speak about it, because I have sung since I was 3 years old. I had a classical musical formation, singing and playing classical music, too. Before The Evil I had some bands at school with friends and we played rock, doom and heavy metal stuff. I had a project where I played alone gothic and doom metal, and some black metal, too. Between 2009 and 2012 I had two projects, one of them was DSBM (depressive suicidal black metal), another was dark ambient and DSBM.

Rattle Inc.: What could you tell me about your bandmates, Theophylactus and Saenger? Are they young or experienced musicians? Did they play in any other bands before?

Miss Aileen: Oh, they’re very experient musicians and very special friends. Both had great stories in rock, doom and heavy metal, too. And yes, they´re playing in another bands.

Rattle Inc.: Your music is obviously influenced by Black Sabbath. Which other bands inspired you?

Miss Aileen: Yes, Black Sabbath is our first and very special inspiration and we must thank to everyone who has passed by this magical and stunning band. Many thanks to you all! We have a lot of influences, like Candlemass, The Wonded Kings, The Devil´s Blood and a lot of black metal bands.

Rattle Inc.: Hearing your music, The Devil’s Blood comes to my mind first. What do you have in common in your opinion?

Iossif: Yes, we know them and it’s sad that they ended… We think we both are good female fronted bands with some nice guitar and voice works, but we like The Wounded Kings and Jex Thoth a little bit more…

Miss Aileen: Yes, The Devil’s Blood is one of our inspirations! Some people say that my voice is very similar to Farida´s (Farida Lamouchi, singer of The Devil’s Blood) and I feel very proud of it.

Rattle Inc.: There is a band called Evil, also from Brazil. Does it make any confused situation for you?

Iossif: I never heard about them… Unfortunately nowadays it’s impossible to have a band name that is 100% different from everything… But we are not “Evil”… We are THE EVIL… And it’s a lot of difference!!! Ha-ha-ha-ha…

Miss Aileen: There´s a lot of bands with similar names. We don´t know any confusion about it. They are a very nice black metal band, I hope to play with them one day, too. We don´t have any problem about it.

Rattle Inc.: I love your debut album so much that I look forward to your next material eagerly. Do you plan to make a second album? If yes, when?

Iossif: We are playing live to promote The Evil album right now, but we are writing new songs… There are two new tracks already done and they are EVIL and HEAVY as a possessed rhino!!!!!

Miss Aileen: Many thanks! It means a lot to us! We´re working on it: as Iossif mentioned we completed two songs and we have a lot of ideas. The new album will probably come out in the middle of 2018.

Rattle Inc.: How can your record company (Osmose Productions) support you to become widely known?

Iossif: Well, they will spread our music in Europe, USA and Japan. That would be awesome… The rest we will see in the future…

Rattle Inc.: Until now, how many concerts did you have? Did you get to abroad yet?

Iossif: Not as much as we would have liked to have… We love to play with some stage horror stuff and good and powerful amps, but here in Brazil it isn’t very easy to make shows with a bigger structure and to travel with all our stuff is not always possible. We got some proposals but the equipments to the gigs aren’t the best so we refused to play. We want to make our gigs a good production and we want to play only if we can give a real EVIL HORROR experience to our public. Well, we haven’t played out of Brazil yet. Maybe in 2018…

Rattle Inc.: Is it possible to see you in Europe in the close future?

Iossif: Who knows… It would be killer to play to the European evil doomaniacs!!!

Miss Aileen: We´re waiting for some contacts and it could be very, very good! We would love it!

Rattle Inc.: What else would you like to tell our readers?

Miss Aileen: We would like to thank you very much for supporting! 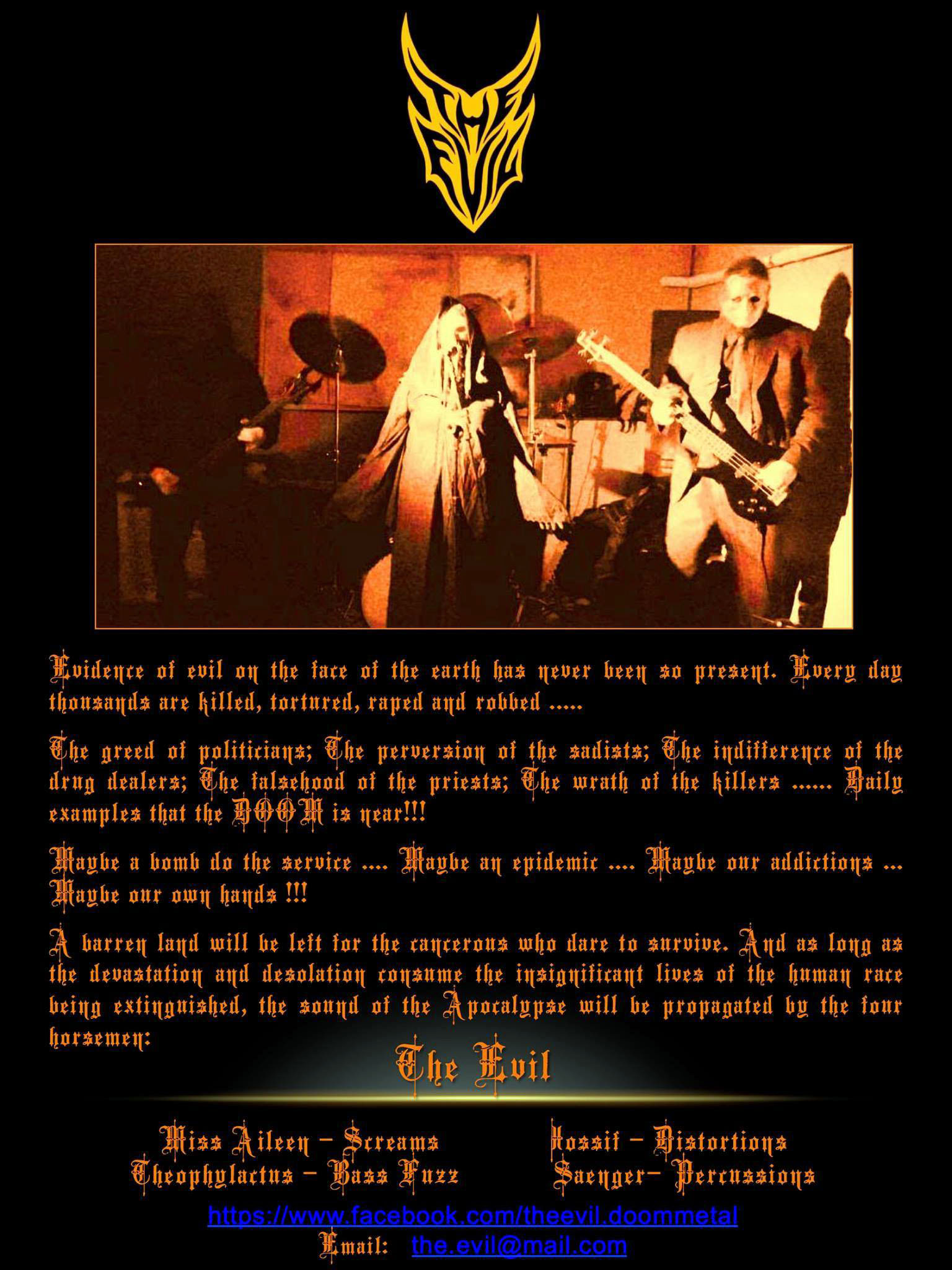