Members of New Zealand thrash band Alien Weaponry are still very young, but these days they are one of the most exciting heavy metal acts in their country. They sing partly in Maori language about historical, political themes. The guys, Ethan Trembath, Lewis and Henry de Jong are currently working on their debut album. I sent my questions to them via e-mail.

Rattle Inc.: Your dad (Henry’s and Lewis’) sang and played the guitar in a new wave band before, nonetheless your family listened to heavy metal music at home. How could it happen? 🙂

Alien Weaponry: True, he was in new wave band Ebony Sye. He did however grow up listening to Iron Maiden and Motörhead and had a good friend who played in an early NZ metal band called Knightshade. As kids we were exposed to lots of music of various genres but heavy music was always on the menue, too. Also political music was always being played in our house, anything from Bob Marley to Rage Against the Machine.

R. I.: As I read, Lewis composed his first song at the age of two. How can we imagine this?

A. W.: Yes, the first sing ever composed by Lewis was called „Raiona”, it was about his toy lion. It only had one lyric „Raiona” and was accompanied by vigorous strumming on the ukulele. It was an original tune. There is thankfully no recording of it left alive. If we hunted through the family’s old video camera footage we may find it though.

R. I.: What about the heavy metal scene in New Zealand? In Hungary we know only Shihad and maybe Ulcerate…

A. W.: There is a small active metal scene here. We play with a number of local bands. A band called Devilskin have been playing in the UK and Europe over the last year. They would probably be considered more of a hard rock act than metal but are doing great things.

R. I.: Did your dad really teach kids on workshops how to behave, how to move on the stage? To play air guitar, to headbang? It must have been funny!

A. W.: Yes, him and a friend called Andy Wood (from NZ band Cripple Mr Onion) ran a summer heavy metal workshop for kids looking at aspects of stage performance etc. It was great fun.

R. I.: Do you consider it useful that your dad is your manager or is it a drag sometimes?

A. W.: At times it can be a drag having parents involved but dad is an awesome manager. He was a recording engineer for years in studios and knows a lot of stuff about the music industry. He has been very valuable in us getting to where we are now being noticed by overseas industry people. He will continue to manage us locally and has partnered with German management team for our UK and Europe representation.

R. I.: What does your bandname allude to?

A. W.: Alien Weaponry comes from the movie District 9. We watched it when we were kids and loved the socio-political themes and awesome weaponry. We often watch it and cheer everytime a character says „Alien Weaponry”. When we went to shoot our music video for Ru Ana Te Whenua we discovered that the DOP (Director of Photography) Simon Raby also had worked on District 9. He was also 2nd unit DOP on Lord of the Rings. That was pretty cool. New Zealand is a small country.

R. I.: From your current repertoire, which was the very first song that you wrote? When was it born?

A. W.: The first AW song ever written was a song called 80th Death but we don’t play that anymore and haven’t for a long time. The oldest song in our current repertoire is Hypocrite.

R. I.: Do you have maori ancestors on your mother’s or on your father’s side?

A. W.: Our Maori ancestory is on our father’s side. Our mother is Dutch. We are from Ngati Pikiao which is a mid-North Island tribe with our homelands around the central Rotorua lakes district. We are from Rotoiti. Our great great grandmother was Ngati Raukawa which is a Tainui tribe from South Waikato. Her people migrated South in the early 1800’s with the mighty war chief Te Rauparaha and settled the Kapati coast area but are originally from Waotu.

R. I.: Do you both speak Te Reo Maori well? Maybe perfectly?

A. W.: We used to speak it as our first language when we were kids but have now been at English speaking schools so long it is sometimes a struggle to speak in Maori. We are much more confident in English.

R. I.: I read that at school you exercised haka (Maori wardance) with daily routine. Could you dance it today, too?

A. W.: Yes, once you learn how to haka you don’t forget. It’s like riding a bike only much more dramatic, hahaha.

R. I.: And what about unicycling? As a know Lewis and Ethan met each other in the local circus school…

A. W.: Yes, Lewis is a very accomplished unicyclist. He competes in the Uni Champs every year and does things like muni (mountain unicycling) and street tricks etc. 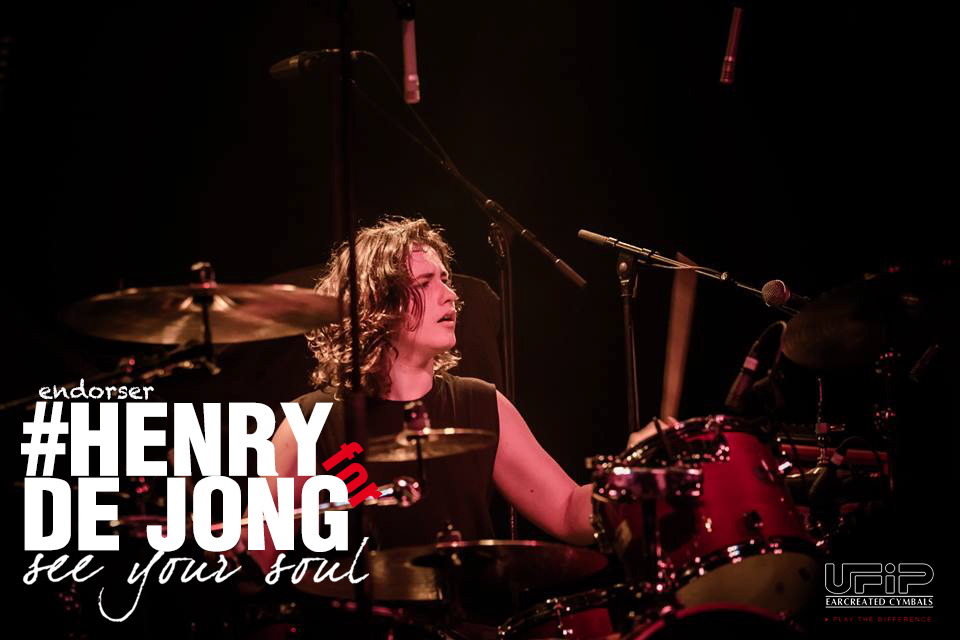 R. I.: You describe your music as „Te Reo Metal”. I think people all around the world doesn’t really know what this expression means, while „Maori” is a better known word. Would it be incorrect to call this music „Maori Metal”?

A. W.: We haven’t really been describing it ourselves but the media have been calling us Te Reo Metal. In New Zealand the word Te Reo means language and it’s a way of describing the use of maori language. We don’t really mind what people call us as long as they have the opportunity to listen to our music.

R. I.: Was Ruana Te Whenua really the first heavy metal song in the world that was written in Te Reo Maori?

A. W.: That’s hard to say. We are often credited as being the first but I can’t help feeling there must have been others. We certainly have been the first to be noticed by the mainstream media and get onto the charts with it. We started writing in Maori because some friends in a ska band entered the Pacifica Beats competition and won with a song that had some Maori lyrics in the middle. We thought if they can then we can, too, just with metal, and it worked.

R. I.: In your songs you tell the story of your country from the perspective of the Maoris, the native people of New Zealand. Have these songs any kind of political message? Is singing about these themes in Te Reo Maori a riot against modern society and culture or „just” keeping the traditions?

A. W.: It is hard not to be political when dealing with maori history as so much or it revolves around social conflicts and injustice.

R. I.: Do you pay tribute to the maori ancestors with these things?

A. W.: Yes, paying tribute to our whakapapa (ancestory) is a very important concept in Maori. It’s part of everything we do. 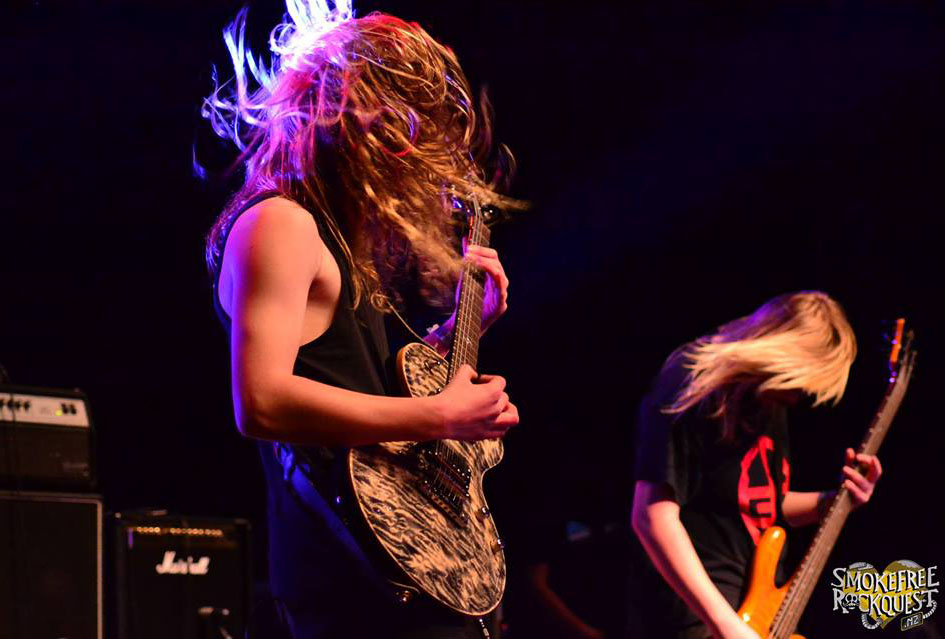 R. I.: You play thrash metal but in your songs there aren’t guitar solos. Why?

A. W.: We never really saw the need to have twiddling going on in the middle of songs. We listened to Metallica a fair bit as kids and were quite influenced by St. Anger which hasn’t got solos. We do have got a solo in a song call The Things That You Know that will be on the album.

R. I.: Why don’t you play cover songs at all? Also the most famous bands do it…

A. W.: We avoided playing covers when we first started because there is a lot of pressure to play covers and be in a cover band when you are at school. We wanted to be known for our own music. We do play parts of covers for fun at rehearsal when we are fooling around. Now people are singing along to our own songs at shows. It’s a good feeling.

R. I.: Which phase are you in with your debut album?

A. W.: We have 7 tracks recorded and about 5 to finish. We are going back in the studio in December to finish the album.

R. I.: How dominant will Te Reo Maori be on it?

A. W.: We have about half and half. People are getting to know us for our Maori lyric songs but we have some great stuff in English, too.

A. W.: We are not sure of the title yet but when the album art is finished and the songs are all together then it will become clear.

A. W.: We will have finished recording in December but then will have to wait for mastering etc. so it is planned to be out at the end of January or beginning of February 2018.

R. I.: You played a lot of gigs all around your country. Did you already have any concerts in abroad, too?

A. W.: We have two shows in Australia coming up and we have some booked gigs in Europe for 2018 including two festivals and we hope to have more soon. Announcements for this will be in November. This is a dream come true for us and you will see this when the festivals are announced.

R. I.: Is there any New Zealand-based or international record company that you can make contract with? Do you have this kind of purpose at all?

A. W.: Yes, we are working with a German-based music company from Berlin who are booking us in the UK and Europe.

R. I.: Did any record company call you to release your album?

A. W.: Yes, we have had some record label interest, too. We will be announcing some exciting news soon but can’t tell anymore at this stage.

R. I.: Obviously a big firm can support you with promotion, managing concerts etc.

A. W.: Yes, this is our main reason for working with an offshore agency.

R. I.: What are your last words (in the interview): what do you message to the Hungarian heavy metal fans?

A. W.: We are coming to Europe and we will try to book a festival in Hungary, too. We are already booked on a festival that is close to you. We can tell about it at the end of the year when it is officially announced. We look forward to meeting you all!