Laszlo David: What about the sales of the Prophecies of a Dying World album? Did the album live up to the expectations?

Will Corcoran: Well, that’s an interesting question. We never got an actually accounting of how many units we actually sold. We heard many different numbers, but none that I can pinpoint as a „real” number.

L. D.: Why didn’t get any support from the label? Could you have been bigger or more known, if you would have got more support from Nuclear Blast?

W. C.: I think, with the proper support from the label, we may have still been an active band to this day. In my opinion, the label did the bare minimum to support us, therefore, our exposure was quite limited. 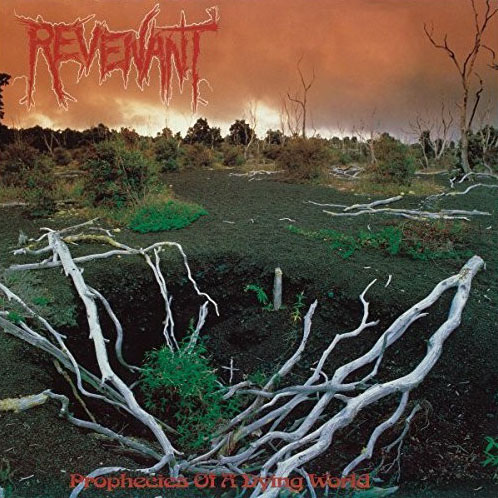 L. D.: By the way, for how many records did you sign them?

W. C.: We signed a two album deal, and I think there was an option for two more, but I can’t be sure that is accurate.

L. D.: After the releasing of Prophecies… did they sack the band or did your contract expire?

W. C.: As I remember it, we kinda went our seperate ways both voluntarily. They weren’t throwing buckets of money at us to make a follow up, and we weren’t anxious to get back in the studio to record another album (for them).

L. D.: In 1992 was the Exalted Being 7” EP by Rage Records released. Can you tell us more about that material?

W. C.: That’s when we started to refine our songwriting style. Trimming the fat off, if you will. Condensing things more, with less repetition of riffs and getting our point across in less time.

L. D.: Did you kind a change in terms of songwriting, atmosphere etc. or did you follow the musical way of the debut record?

W. C.: As I said in the last answer, we were learning more about song structuring, and we started writing shorter songs, with more power in my opimion. I feel we were also getting much better as players, as well, so we began taking more chances musically as far as execution goes.

L. D.: Two other efforts came out, the Faithless demo (1993) and the Promo 1995. How about these recordings as a whole? Did you start to search a label with them?

W. C.: We did, and eventually released them on other labels, but not until later, years later.

L. D.: Do you agree with, that the metal scene changed radically at the mid 90’s and was killed by grunge? What were your views on the scene at this point?

W. C.: Yes I agree that the scene changed, but I won’t go as far as blaming grunge for the downfall of extreme metal. What I think happened is in all genres of music, over saturation. At that time, you didn’t need to go to an expensive studio with label backing, to put out an album. There were 15 year old kids with a computer, a few microphones and a few ideas creating music in their basements. Not all of those ideas were good, but all were not bad at the same time. But with the internet being what it is, all these people were able to get their products to the masses, without having to go through all the stuff we had to go through. Sometimes that can lower the quality of the music. Think of Auto-Tune for an entire band!!! Well that’s what I think what began happening around then, and everyone had a death metal band. But then it started becoming a competition. Who can tune their guitar down lower, who can play faster blast beats, who can do the better „cookie monster” vocals? 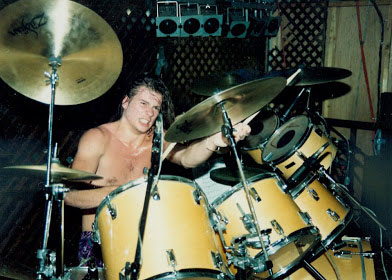 L. D.: Is it correct that in January 1995, when Revenant entered the studio for the last time to record a new EP that was supposed to be a rough draft of the band’s forth-coming second album, that would have been entitled A New Paganism, featuring at least 9 songs?

W. C.: Yes, that’s the way I recall it. If I remember correctly, I think running out of money was a major issue.

L. D.: The band had decided to release 4 of those songs under a title Overman, but unfortunately you disbanded in 1995, before it was even mixed. What kind of reasons did lead to the split of the group?

W. C.: My memory of it was Henry was really studying and doing a lot with his education, and he really didn’t have a lot of time to dedicate to the band, ’cuz he had to continue his studies. Plus, I know, at least I felt that we were doing a lot of work, and we felt like we were getting nowhere, plus the scene was changing. People’s attention was being diverted in other musical directions.

L. D.: From what I know, bass player Tim Scott joined Hateplow, nowadays he is living in Sweden and he is involving in some bands, but what about you, Dave Jengo and Henry Veggian? Did you also join several acts? Did you stay in touch with each other?

W. C.: Yeah, we are still in contact with each other, although with Tim being in Sweden, its harder to stay in touch with him. Although, whenever anyone of the guys pass through the NYC area, my wife (Krissy) and I always put aside time to get together with them. Tim was on tour with his most recent band Methane, and Krissy and I went to his show. I don’t think Henry plays much anymore, and David still plays in a band out in California. His son Dom is quite a good musician as well. I basically retired because of old age (LOL!!!) My arthritis makes it really hard to play for any longer than 10 to 15 minutes.

L. D.: 6 years later, in October 2001, the mixing for that EP finally took place at Erik Rutan’s Dimensional Sound Studios in Tampa, Florida and was released in 2002 as a limited edition of 300 copies only. How did that happen? How did Erik Rutan end up becoming the producer of the material?

W. C.: Well, Erik has been a friend of ours going back to his time in Ripping Corpse, and he and Henry have been in touch. We had the tapes sitting around, and I think Henry just asked Erik if he would mix and master it, and thankfully he said yes, because I really like that disk.

L. D.: Did you know him from his Ripping Corpse period? Were you friends with him? What kind of dude is he in the reality? How could you describe him personally?

W. C.: Yeah, we played many shows with Ripping Corpse. All of those guys are the best. They are great musicians and more importantly awesome people. Just a great group of guys!!!!!

L. D.: How do you view, that the EP sounds very different compared to everything you did on your previous releases?

W. C.: The Prophecies… LP sounds very polished, too polished (depending on who you ask) where Overman has a more raw feel to it, which I like. I’m very fond of, and proud of all the recordings we have done, but I think the Overman work was some of our best.

L. D.: Do you agree with, that the death elements and the fast-paced parts are no more a part of this release?

W. C.: A few things changed on this release, 3 of the 4 songs were slow. That was new to us, but the slow stuff was pretty powerful. But I think the faster stuff got more powerful and technical, and that worked better for me, at least.

L. D.: Did you slow down quite drastically the average tempo of the songs, so the listener doesn’t expect to hear any songs written into vein of for example The Unearthly or Distant Eyes like you had on your excellent Prophecies of a Dying World record?

W. C.: I don’t think that was a conscious decision. These were just the riffs that David and Henry came up with at the time. We’ve must been in our „slow period” (LOL).

L. D.: In 2005 the Spanish Xtreem Record released The Burning Ground compilation. Were you deeply involved in it? How did this record see the light as a whole?

W. C.: We had these recordings left over after the dissolution of the band, and Henry really got the ball rolling with that album. He basically did everything by himself, with some help from David. And most of the work was done over the phone and through the mail. Henry met Dave from Extreem Music, and he offered to release the tapes in album form at no real cost to us (if my memory serves me correctly) and the next thing I remember, a copy showed up in my mailbox!

L. D.: Was it a kind of from fans to fans material? What kind of goals did the record serve?

W. C.: I think Dave from Extreem was just a fan who owned a small record label and asked Henry if we had anything just laying around, or any unreleased leftovers, and Henry sent him all the taped and Dave put it together and released it.

L. D.: By the way, did you have songs written, that never appeared on any Revenant releases?

W. C.: Like I just said, they all wound up on The Burning Ground.

W. C.: Logistically, it’s virtually impossible. If we had the luxury of blowing off our day jobs for a few months, I think we would all consider it a possibility. I know I would love to do it.

L. D.: Do you still follow what’s going on in the metal scene these days?

W. C.: Not as much as I used to, but every once in a while, I’ll come across something I like.

L. D.: Will, thanks a lot for your answers! Anything to add this feature?

W. C.: I just wanted to thank you and your readers for the continued interest in the band and for taking the time to ask valid questions! Cheers!!! 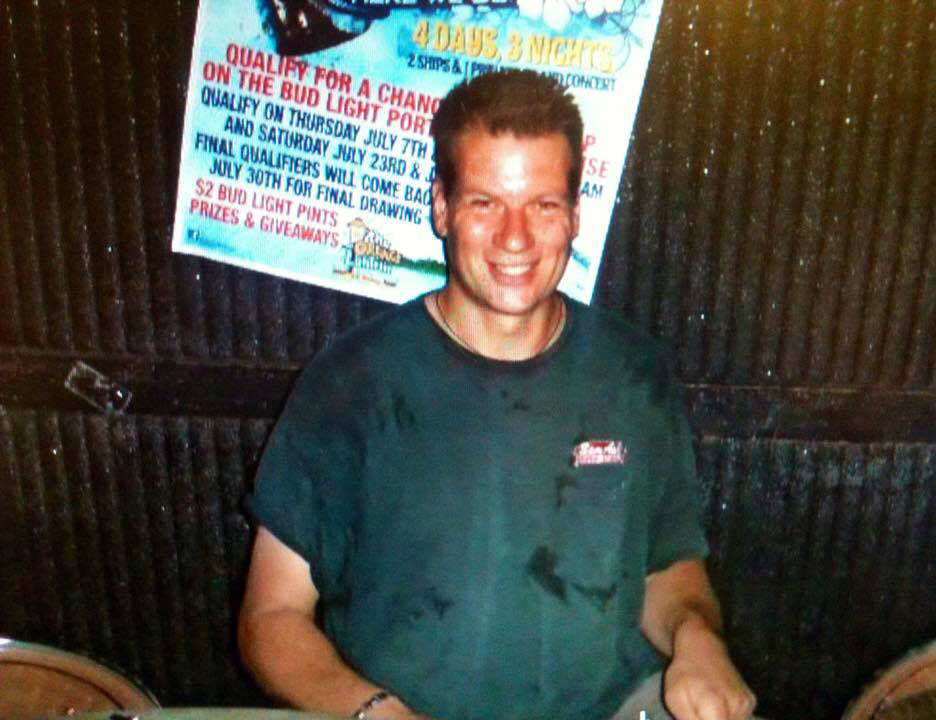