Nine Treasures leader Askhan about his band’s past, present and future

Chinese folk metal band Nine Treasures just finished a quite long European tour. Singer and guitarist Askhan Avagchuud and his bandmates have Mongolian origins, mix traditional and modern music, use guitar and balalaika, bass and morin khuur. I sent my questions to the bandleader via e-mail.

Rattle Inc.: How was your last concert in Budapest (Dürer Kert, 7th of July)? Unfortunately I missed it…

Askhan: It was really amazing, everybody had a lot of fun.

R. I.: It was a free show for the audience. Who did provide this?

A.: I don’t know how they did it, but it’s the best option for an unknown band in Budapest. 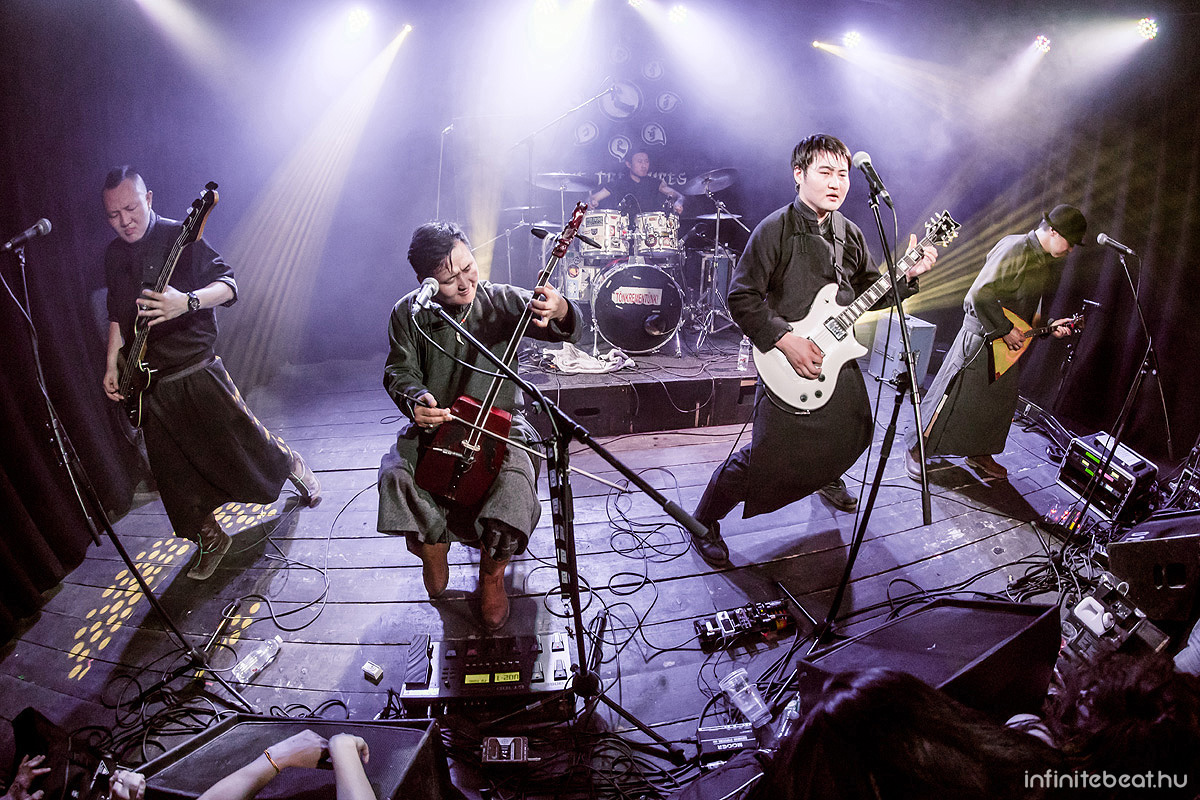 R. I.: You have just finished a quite long European tour. Beside the small clubs you played on such big festivals like Nova Rock in Austria, Exit in Serbia and Woodstock in Poland. How many people watched and listened to you there?

A.: There were at least 10,000 people, maybe even more. Earlier I expected around 1,000 people but this was our first experience when we played on such very big stages like these.

R. I.: How the European audience accepted your music: with incomprehension or with enthusiasm?

A.: It’s absolutely enthusiasm. We had success on every club concert and festivals. That’s what we want to have and what we imagined during songwriting.

R. I.: You came from Inner Mongolia: 9 from 10 European persons think it’s the part of Mongolia, although it’s one of the biggest region of China, where lives more Mongolian people than in Mongolia. Could you put the things to the right place: what kind of origins do you have and what kind of traditional folk music do you build into your metal music? 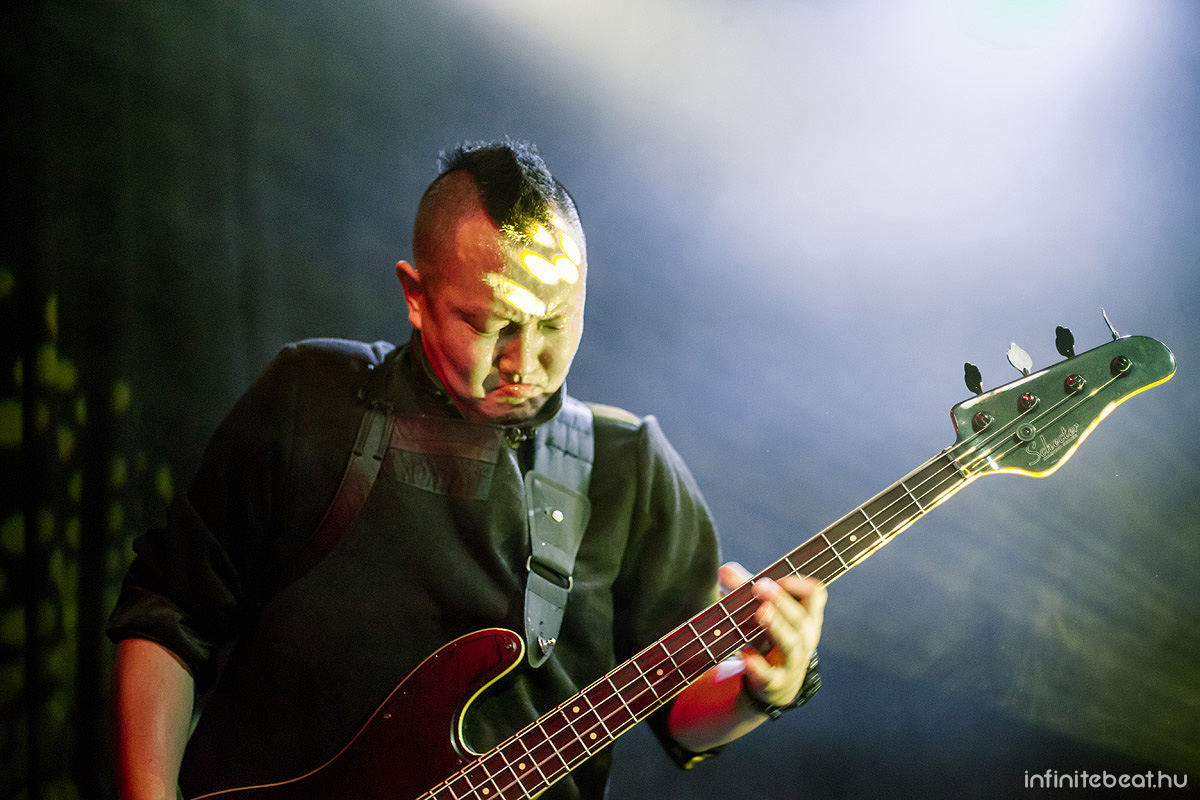 R. I.: As far as I know you formed the band in Beijing and you found your bandmates – who are your fellow countrymen –there, too. Do you have a civil/official job beside playing music?

A.: A lot of Inner Mongolian guys live in Beijing, many musicians as well. Our members are all from Inner Mongolia. Somehow it’s very easy to meet and connect to each other. At the beginning we all had a job beside the music, but in 2013 we quited so we are a kind of pro musicians now.

R. I.: Please tell me something about the Chinese heavy metal scene: are there many or few bands in this genre? Who are the most famous bands? What kind of styles are popular in your country: thrash, progressive rock, death metal etc.? What kind of audience do you have: crazy or moderate?

A.: It’s just a few bands playing folk metal in China right now, maybe 5 or 6. After 6 years of hard work we are probably the most famous one. We gave our biggest concert in Beijing in 2016, there were 1,000 tickets sold out. It also means we are even famous in rock scene. At the beginning it was many extreme metal fans, like death metal, melodic death metal, thrash etc. Then tons of metalcore fans grows up on mp3. Our fans are including many kinds of people, metal fans, folk metal fans, normal Mongolian guys etc. but most of them are metal fans.

R. I.: You already had two longer tours in Europe so far. Where else in the world did you play gigs?

A.: We played in Russia once, it was in Vladivostok on a festival called V-Roks. And we play every year in Ulaanbaatar, Mongolia. 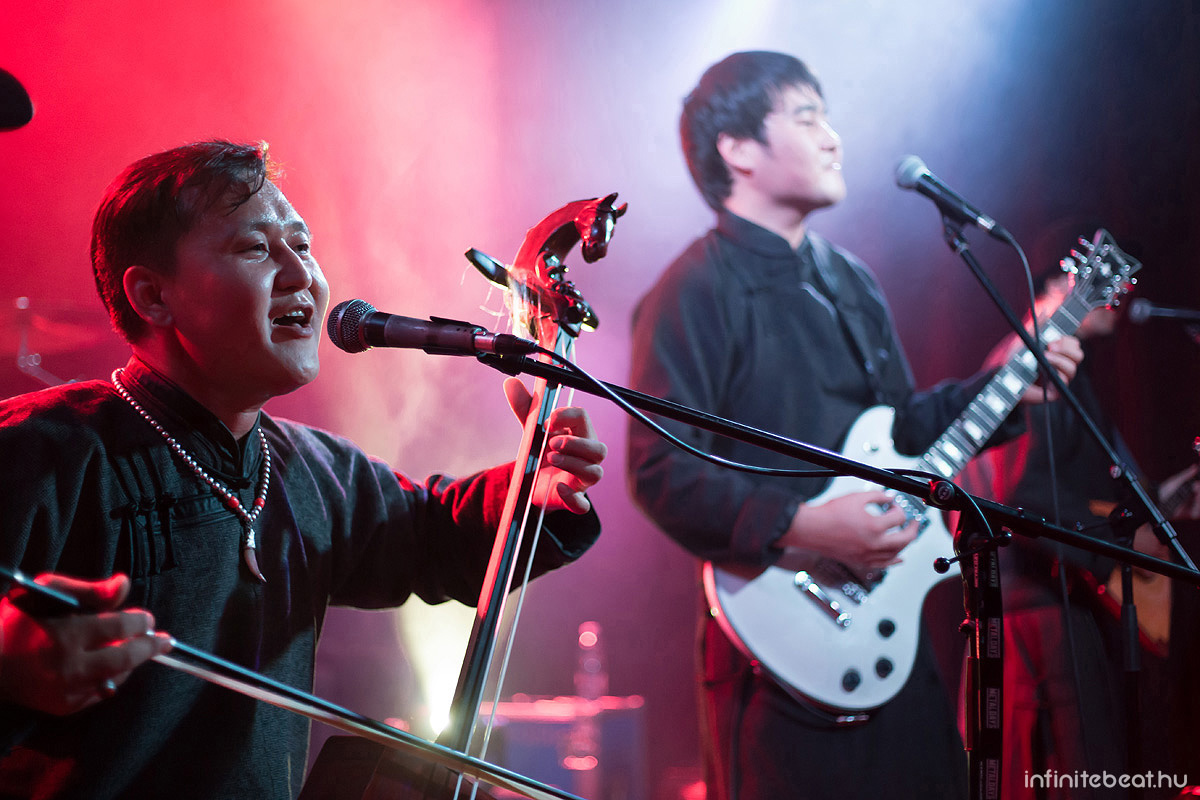 R. I.: Did you arrive to heavy metal from the direction of folk music or the shoe is on the other foot: you played heavy metal and put the folk music into it?

A.: I played metal first. I was running a band when I went to college. After that band was over, I started to think why I’m not doing something special. That was the first idea came from.

R. I.: For those who doesn’t know the music of Nine Treasures, which world famous folk metal bands could you compare your music to?

A.: Our first album is pretty much Korpiklaani style influenced, but after that we found our own formulas. Now we are just NINE TREASURES.

R. I.: Which heavy metal bands and albums are your personal favourites?

R. I.: As a guitarist, who do you consider your hero?

A.: Dimebag Darrell for sure.

R. I.: Beside the guitar, bass guitar and drums you use traditional Mongolian instruments, too. What is, for example, the morin khuur?

A.: We use morin khuur, balalaika, huvis, aman khuur and tovshuur, but we don’t use all of them on the stage.

R. I.: Until this day you released three albums. In your opinion, is there any musical development album by album?

A.: All of our albums are an updating work. They are still far from the final goal but we need to do it little by little.

A.: (He didn’t answer this question so I paste it from another interview of him) Nine Treasures refers to the precious metals and gems that Mongolian people like to put on their jewellery, such as gold, silver, copper, coral and so on. They are indicate luck and good wishes for the future.

R. I.: You sing in Mongolian and I found your songtitles on more websites just in Mongolian. What do you think, does it encumber the reception of your music?

A.: I’m not a good translator. I tried to translate all the texts to English but it’s hard to do.

R. I.: Could be the next logical step for you a contract with a big international record company? Or would you remain in the independent status?

A.: To sign a contract with a big record label is the reason why we are touring in Europe ‘cause we are very bad at promotion. It’s a very sad story, but we lose money on our every tour in Europe, ‘cause it’s very hard for an Asian band to do this. The cost is always being a problem. But we don’t give up, hopefully we can make it in the next few years.

R. I.: If we look forward, let’s say, in 5 years, what would you consider a success then?

A.: My goal is to have 500-1000 people on our every concerts in every city of the tour and to play on many summer festivals. I think it’s the goal that every unknown band wanna have. 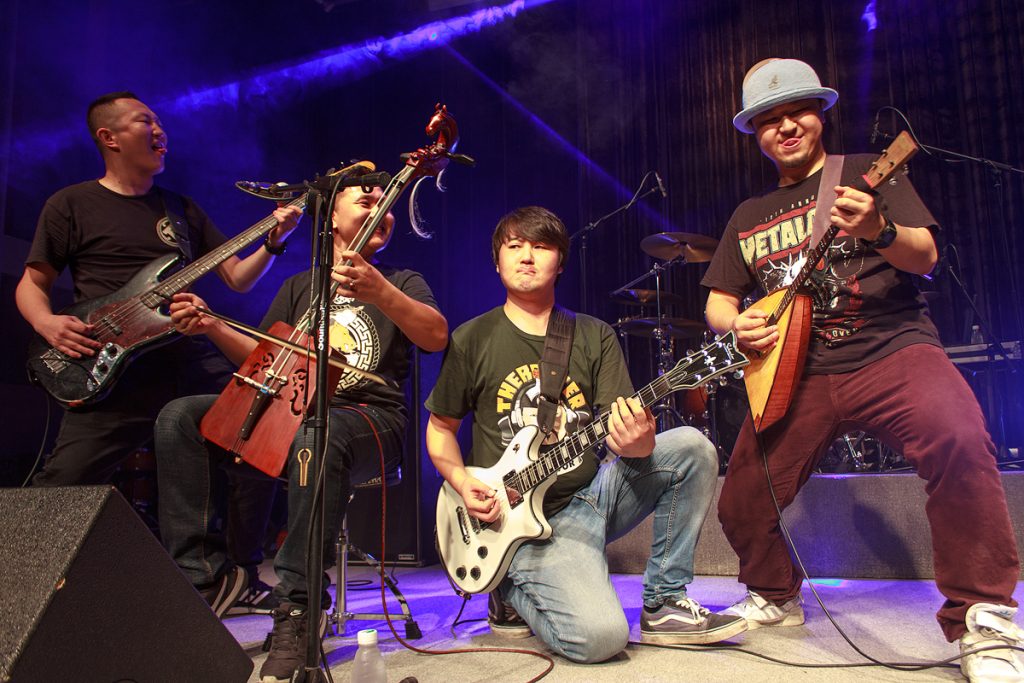