Voice of Baceprot (VoB) is a three-piece hip/funk metal band from Garut (West Java, Indonesia). The girls are very young, talented and muslims, wearing hijab on the stage, too. Firdda Kurnia (vocals, guitar), Widi Rahmawati (bass) and Euis Siti Aisyah (drums) are planning to release their debut album this year.

Rattle Inc.: Firdda, thank you for saying yes to this interview! Your band is very special on the rock/metal scene from at least three point of view: you are very young, you are girls and you are muslims. How did heavy metal come to your life? Did your parents listened to American rock music at home? Did you know European or American rock/metal performers before you started to play this kind of music?

Firdda Kurnia: My parents don’t really like rock music. I knew only a few American bands, for example Linkin Park.

F. K.: This kind of music makes me able to be myself. A rebel who works in her own way.

R. I.: Before playing metal did you learn to play guitar, bass and drums, or did you start with this?

F. K.: Of course, we did. I started from zero with Widi and Siti. We learned everything from Abah Erza, our school’s music teacher.

R. I.: You formed VoB in your high school 3 years ago. How did you find each other with Siti and Widi?

F. K.: We joined the art and theater community and we met there. But we’ve been friends with Siti since elementary school.

R. I.: What does your bandname mean? I understand „Voice of” but what about „Baceprot”?

F. K.: Baceprot is a word derived from Sundanese language and means “noisy”.

R. I.: Please tell me about Indonesian rock/metal scene!

F. K.: There are many metal bands in Indonesia. One of them is very famous and appears on many prestigious festivals. There are a lot of metal music lovers in Indonesia, too, including our president, Joko Widodo, hehehe…

R. I.: Good news for the Indonesian rock/metal fans and performers! Who are your favourite international bands and idols?

F. K.: Slipknot, System of a Down, Rage Against the Machine, Red Hot Chili Peppers, etc.

R. I.: You are very young but very professional, your musical skills are amazing. May I ask about your age?

R. I.: Did/do you have any conflict with your family, your school, your religious community, your government because you play this kind of music?

F. K.: In the beginning: yes, but now we get full support from them. Except the school.

R. I.: You wear hijab, the head scarf of muslim women not just as a casual wear but on the stage, too. Why? Is it one kind of riot or contrarily, you show that you belong to your religious community and despite you play quite hard music, you are conventional people?

F. K.: Hijab is my identity as a muslimah. That’s enough to affirm who I am.

R. I.: What do you think, do you send any message to the world with this music and with this outfit?

F. K.: Of course. I want to restore the confidence of a muslimah who had lost it. Such as courage to speak out and change the views of others who think a muslimah like me is weak. 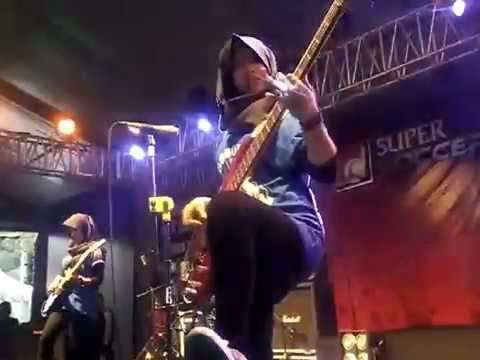 R. I.: As I see you play a lot of covers but I listened to some songs that I didn’t know before (School Revolution, The Enemy of Earth Is You, Abring Abringan, Age Oriented, Getar Pubertas, Turn Your Light, Jalan Kebenaran). Are these your own compositions?

F. K.: We have 4 own songs that we wrote with Abah Erza. Our songs are based on what we saw and felt around us. For making lyrics we still need the help of Abah Erza.

R. I.: Have you recorded any „official” demo material yet?

R. I.: As I know one of your most important goal is to make your first album. What about its songs? What kind of style is it going to be?

F. K.: We hope our album can be released this year. The music will fit our genre, hip metal funky. That will be a surprise.

R. I.: Beside English you sing in your mother tongue, too. What do you think, does it make more difficult to find the way to the international audience or on the contrary: it makes your music more attractive for the people who live in another culture?

F. K.: We want our music to be enjoyed by everyone, not just in Indonesia. 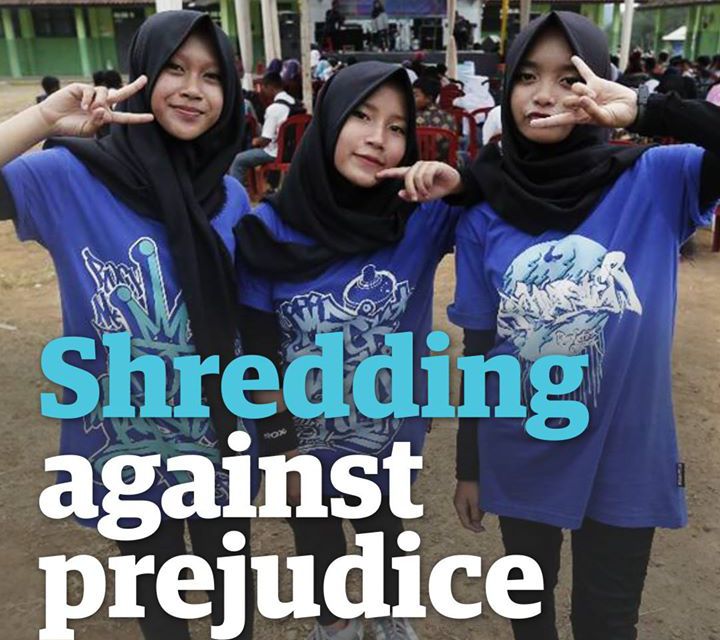 R. I.: On Facebook I found only your Indonesian site. Is there any page on the web where we can read news about you in English?

F. K.: On our Facebook fanpage (@diarymusicVoB) there are many articles in various languages. Just search in there.

R. I.: How often do you play gigs in Indonesia? What was the biggest audience that you have ever played for?

F. K.: Very often. The biggest stage we have ever visited was in Jakarta fair collaboration with Superman Is Dead.

R. I.: Have you played in abroad yet? If not, do you plan to do this? It would be a pleasure to see you playing in Hungary, too…

F. K.: Yes, of course, we plan it. It is one of our biggest dreams. At the moment there is no fix schedule, but there are several offers.

R. I.: Firdda, thank you for your answers! I wish you insistence and international successes! I hope to see you in Hungary soon!