Liege Lord belongs to the first wave of US power metal. The band released three excellent, but unfortunately underrated records. Their second album, Burn to My Touch celebrates its 30th anniversary and former guitarist, Anthony Truglio presented us his thoughts about those times.

László Dávid: Tony, Liege Lord was originally formed as Judas Priest cover band under the moniker of Deceiver in 1982. Do you still remember how did you get together? Was Deceiver the very first band experience for all of you?

Anthony Truglio: Me, bassist Matt Vinci and Frank Cortese, the original drummer met in high school and like most garage bands, we played our favorite songs. We used the name Deceiver because we were such big fans of the 1970s era Judas Priest.

L. D.: Have you ever recorded anything as Deceiver? At which point did you decide to change your name to Liege Lord? When did you start to leave playing Judas Priest covers and writing originals instead?

A. T.: We did a demo as Deceiver: we recorded Metal Gods, Flight of Icarus and an original song which is lost to time. After a short time playing covers we began writing our own music. Those early Liege Lord songs that would end up on Freedom’s Rise. Matt chose the name to reflect a lot of the fantasy/medieval lyrics that he was writing.
L. D.: In 1985 you recorded a demo and the „The Prodigy” EP, can you tell us about the recording sessions? How would you describe these efforts?

A. T.: The demo got us the deal with Azra/Ironworks. They did not offer any financial support so we paid for an EP only. It was later released as “The Prodigy” EP but that was just a way for the owner of the record label to make some money on the master tapes he had from the EP that was never officially released. Freedom’s Rise as a full album only came into being when Black Dragon records offered some money to the band to go back in the studio, add to the EP and make it a full LP. 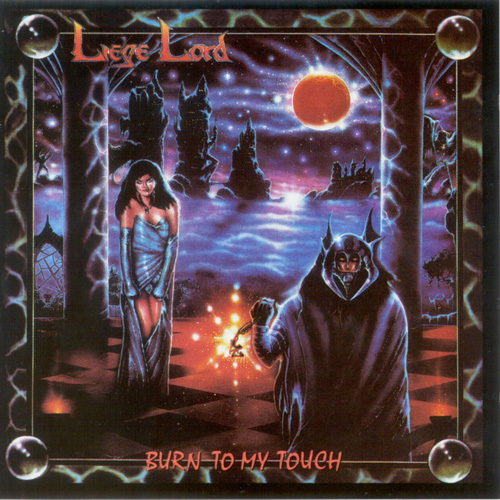 L. D.: Were these materials shopped around to attract labels interests?

A. T.: The demo was for us to get magazine reviews, gigs and hopefully a record deal to get the band off the ground.

L. D.: Is it correct, that the band first signed on with the French record label Black Dragon after Christian Logue of Savage Grace recommended the company to the band? How did that happen?

A. T.: The Azra/Ironworks deal came first. Then while mastering the EP in California we made friends with Savage Grace and Christian Logue made us aware that Black Dragon records was signing underground bands.

L. D.: How was your debut album „Freedom’s Rise” received?

A. T.: We got positive reviews in magazines and fanzines especially in Europe.
L. D.: Why and when did you leave Black Dragon? How much support did you get from them?

A. T.: Black Dragon was very supportive. They placed ads in magazines and distributed the album as best they could within their financial means. We did a demo for what would be Burn to My Touch but they did not want to work with us from what they heard stating the music was too thrash and were not happy with the vocal performance.

L. D.: Your US label was Iron Works/Azra. When and how were you picked up by Metal Blade? What kind of contract did they offer you?

A. T.: After Black Dragon turned down the demo, Matt spoke to Brian Slagel and a 2 album deal was struck with Metal Blade.

L. D.: After the releasing of „Freedom’s Rise” Pete McCarthy was replaced with Paul Nelson. How did he enter picture? Was he the first choice or did you perhaps audition other guitarists too?

A. T.: Pete was looking to go in a different direction, Paul was also a Stamford Ct resident giving guitar lessons, students wanted to learn Liege Lord songs to audition to replace Pete, so Paul auctioned himself and it was the good fit.

L. D.: Did you part ways with Pete on a friendly term at the end?

A. T.: Not at first, Pete left the day of a gig. We played with just Tony on guitar for a few months before Paul joined. But became friends with Pete eventually at a later time.

L. D.: Your next effort was „Burn to My Touch”. What about the recording sessions?

A. T.: Joe Bouchard of Blue Oyster Cult had just left the band he was a Stamford Ct resident as we were and we contacted him to produce the new album.

L. D.: Were you prepared to record the material?

A. T.: Yes, all the songs were written we had played a lot of them many times live and we were prepared to record them.

L. D.: How much hand did Paul have in the songwriting process?

A. T.: Paul added ideas and chord changes. He and Tony both came to the decision to drop the tuning of the band down 1/2 step and of course Paul wrote all his guitar solo parts. 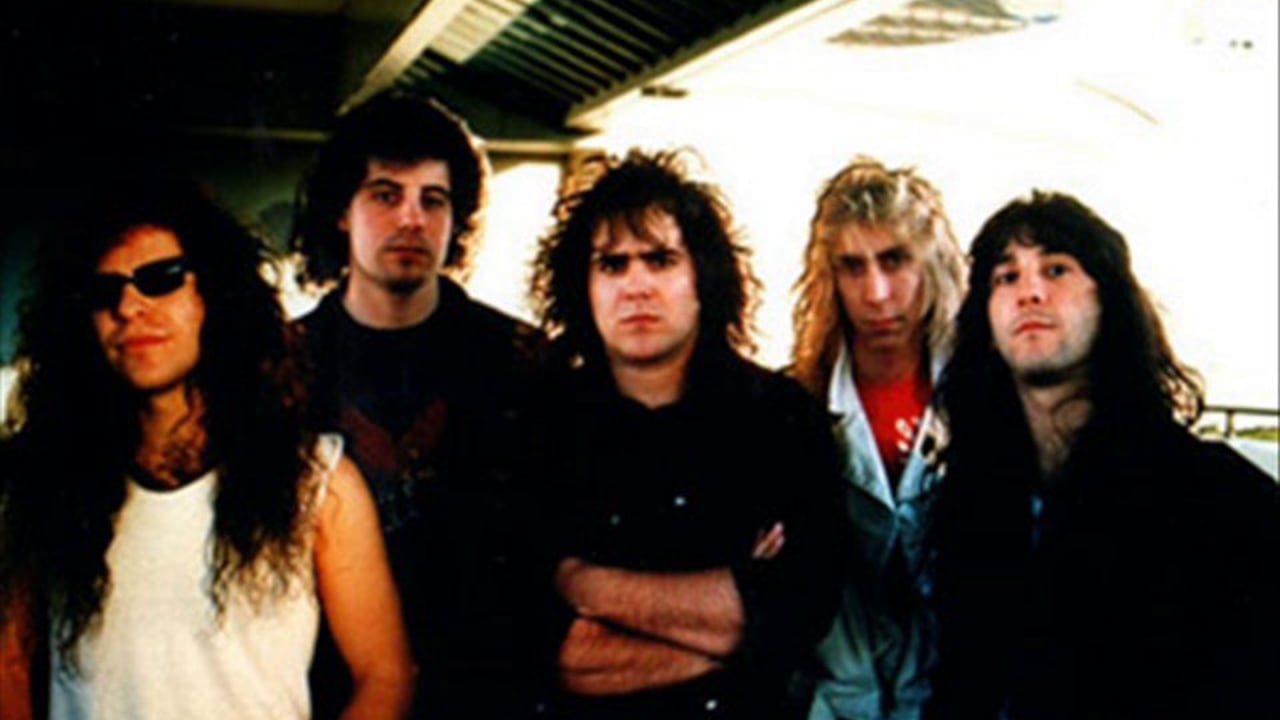 L. D.: Do you agree with, that while this effort lacks some of it’s predecessor’s charm, it does certainly continue your mark of quality?

A. T.: Burn to My Touch lacks some production quality mostly due to a lack of finances. But we love the songs and they sound great live.

L. D.: A label upgrade to Metal Blade also ushering in noticeably brighter and more professional production job. How do you view it?

A. T.: We wanted the guitars to be more upfront with the second album. We are still proud of that effort.

L. D.: Is „Burn to My Touch” pretty similar to „Freedom’s Rise” in just about every way or would you say, that you developed and became more brutal, faster compared to the first record?

A. T.: The songs are faster and it touched maybe on thrash a little bit but still classic power metal. The guitar solos on Burn to My Touch are outstanding.

L. D.: Are the songs here even catchier than before?

A. T.: Not so much ‘catchier’. We concentrated a lot on making the songs a little more complex and a lot of attention to guitar solos.

L. D.: Was „Burn to My Touch” a better representation of the band?

A. T.: No, we feel each Liege Lord album sounds like the band but each one is very different also. Burn to My Touch had many songs already written when Freedom’s Rise was released so we were already going in that direction. We changed a little bit in a different direction with Master Control because we spent a lot more time writing the music.

L. D.: What were the shows, tours in support of the record?

A. T.: We played with a lot of great bands after that album: Sacred Reich, Savatage, Avenger, the list goes on. We tried to be on the road as much as we could!

L. D.: In your opinion, did the album stand the test of time?

A. T.: We think the production of Burn to My Touch is a little dated and not perfect but when we play these songs live they really come to life. So in a live setting the songs from that second album stand the test of time.

L. D.: Tony, thanks a lot for your answers! Anything to add to this feature?

A. T.: Thank you for your support of the 30th anniversary of Burn to My Touch! It was great time for Liege Lord and we are thankful the fans still remember and enjoy the music. 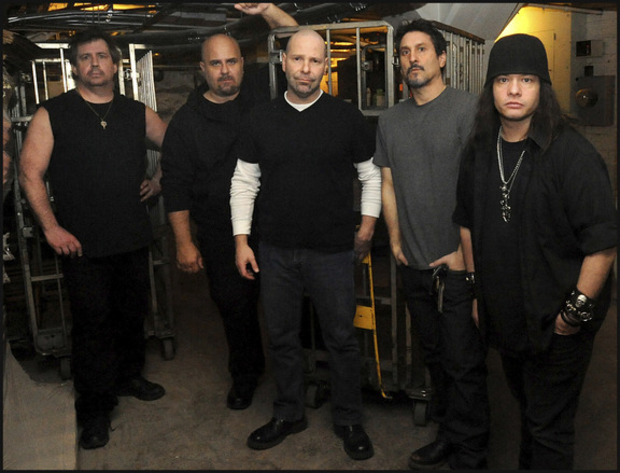